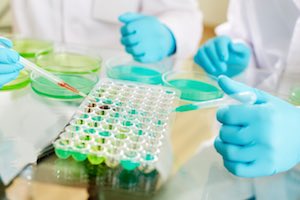 With the start of the new year, it is time to reflect on what we have achieved and how it can inform our efforts going forward. 2017 brought exciting new basic science findings, including some striking new insights into the structure and functioning of receptors that play important roles in substance use, addiction, and pain. It also brought new research on treatments for opioid addiction that could make a difference in confronting the current crisis, as well as epidemiological findings about substance use in youth that can inform prevention efforts. I want to highlight just a few examples of the amazing work NIDA-funded researchers across the country are achieving.

In a July Nature letter, an international team of Chinese and NIDA-funded American researchers reported using X-ray diffraction crystallography to reveal the three-dimensional structure of the cannabinoid CB1 receptor when activated by agonist compounds structurally similar to marijuana’s main psychoactive ingredient, delta-9-tetrahydrocannabinol (THC). The structure of the receptor when inactive was already known, and the differences between CB1’s inactive and active state reveal an unexpected degree of plasticity in the receptor. The researchers found that the CB1 receptor can change itself to respond to compounds with a wide array of molecular sizes and shapes—which may reflect the role it plays in modulating so many different functions in the brain as well as throughout the body. This new knowledge will inform the design of molecules to interact with the endocannabinoid system and could eventually lead to new therapeutics for pain, multiple sclerosis, addiction, and other indications.

X-ray crystallography has similarly expanded our understanding of opioid receptors. Just last week, a research team including NIDA- and National Institute of Mental Health-funded researchers and collaborators in China and Belgium published new findings about the structure of the kappa-opioid receptor in Cell. When activated by the endogenous opioid dynorphin, this receptor produces analgesia and suppresses other drugs’ rewarding effects, but also contributes to stress responses. The researchers showed ways in which this receptor’s signaling is modified by other molecules—knowledge that could lead, again, to new treatments for pain and addiction.

In 2017, the need to find new ways to address the still-escalating opioid crisis consumed much of our attention, including new scientific initiatives and working toward new partnerships with industry to accelerate the development of new treatments. But one exciting research finding in November concerned one of three already-existing medications to treat opioid use disorder, extended-release naltrexone. Unlike methadone and buprenorphine-naloxone (suboxone), which work as full or partial agonists (respectively) at the mu-opioid receptor to control cravings and withdrawal symptoms, naltrexone is an antagonist, blocking the activity of other opioids at that receptor. A NIDA-funded trial reported in The Lancet found that, among patients who were able to successfully initiate treatment with extended-release naltrexone following the initial hurdle of detoxification (a prerequisite for starting antagonist treatment), it was just as effective as buprenorphine-naloxone in producing abstinence from illicit opioids and retaining patients in treatment.

Since it does nothing to address withdrawal and craving, patients sometimes have trouble complying with naltrexone treatment; and even with the extended-release formulation approved to treat opioid addiction in 2010, the lack of comparative effectiveness data has until now meant that this medication is less widely used. Yet it has the advantage over other medications in that it can be prescribed by any provider—unlike buprenorphine, which requires the physician to have a special waiver, or methadone, which can only be administered in a specialty opioid treatment program. The new finding does much to dispel doubts that naltrexone could be effective in patients with severe opioid use disorder, and thus adds to prescribers’ confidence in extended-release naltrexone as a powerful tool in our medical toolkit to treat opioid addiction. However, further research is needed on how to overcome that initial “detox hurdle” with naltrexone, as well as to determine its safety in certain populations, such as pregnant women.

There is fascinating and informative new work also being done in the areas of epidemiology and prevention. A new study by NIDA-supported researchers at Yale University and Oberlin College published in Pediatrics found that e-cigarette use in high school students was associated with subsequent use of conventional cigarettes; the reverse (cigarette use preceding e-cigarette use) was not found. This study supports other recent research suggesting e-cigarettes may act as a gateway to cigarette smoking in teens. As I discussed last month, the 2017 Monitoring the Future survey results revealed that use of vaporizing devices is extremely popular among high school students. For several years, the MTF news has been encouraging, with most types of drug and alcohol use, as well as cigarette use, at record low levels. We do not yet know whether e-cigarettes may be adversely impacting teens’ health directly or how they are affecting those downward trends in cigarette use.

NIDA’s scientific achievements in 2017 point us toward what we still need to accomplish. For one thing, we need to learn more about the new forms of substance use like vaping that have exploded in popularity over the past few years. Besides clarifying the risks associated with e-cigarettes, we also need to find out if they could be beneficial as quit aids or by providing a less harmful substitute for other smoking or drug-use behaviors teens might otherwise engage in.

Also, our current opioid-treatment toolkit still only consists of three medications, which are only effective for about half of patients, even with the best of care. Partnerships with pharmaceutical companies are currently being formed to rapidly expand the range of treatments available. Medication development coming out of these partnerships will be facilitated by the basic research revealing the dynamism of receptors and the design of new molecules to target the opioid, endocannabinoid, and other systems. The more finely-grained our understanding of how substances act in the nervous system, the more we can achieve new therapeutic effects and new solutions to addiction and the opioid overdose epidemic currently claiming so many American lives.

To whom it concerns,
I have two forms of severe arthritis and Crones disease, as such I was on high doses of Fentinal and morphine. When the State of NM authorized the medicinal marijuana, my doctor mentioned the use of it, to which I agreed to try. In the three years since I have reduced my opioid intake to its current level of 10 mg ER morphine once per day. It is my position that marijuana (not addictive) is the way to treat this problem.

Submitted by Carola Carlier on February 15, 2018

Hello, I'm wondering about a cohort effect -- since opioids were high for 18-20 year olds from early 2000 to, say, 2011 (MTF data), are you worried about the opioid addiction problems for people in their 30s lasting a few more years? Those who were 19-20 in 2002 are in their mid-30s now. We'd have about 9 more years ahead of people who were 18-20 during high opioid years coming into their mid-30s.
Thank you!
Carola

The cohort effect you mention

Submitted by NIDA on February 16, 2018
The cohort effect you mention is a concern, which I discussed in a previous post - Monitoring the Future Results Show Reduced Opioid Misuse but Popularity of Vaping Among Youth