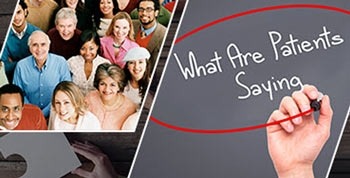 One of the pillars of the current federal initiatives to end the opioid crisis is the development of new medications to treat opioid addiction. Currently we have three approved drugs—methadone, buprenorphine, and naltrexone—in a growing number of formulations, including some that are extended-release (long acting). But not all patients respond to the existing medications, and each patient has unique needs. With other chronic conditions such as hypertension or diabetes, there is a vastly wider array of treatment options that can be tailored to individual circumstances, and we need the same wide array of options in treating addiction.

Until now, a single criterion has been used as the test of a new opioid addiction medication during the drug development and FDA approval process: whether it can produce sustained abstinence in study participants compared to placebo. But there is growing concern that this may be too stringent a measure: If a patient reports meaningful improvement in functioning even with reduced use of illicit opioids, or if gains in specific areas of life and health such as sleep quality can improve a patient’s condition, shouldn’t these other criteria also be used to assess the value of a new treatment? In the latest issue of Science Translational Medicine, I joined colleagues from NIDA and FDA to make a case for alternative clinical endpoints—other than abstinence—that can be used to develop new treatments for addiction.

Importantly, patients themselves should have a voice in determining what outcome measures are important to them. Often, physicians and researchers do not know which symptoms are most troubling or what patients would prioritize in terms of beneficial outcomes. Thus, there is a move to involve patients in the process of discovering new therapies.

The FDA Patient-Focused Drug Development Initiative (PFDD), established in 2012, seeks to solicit patient perspectives on which symptoms are most important to target and how to measure meaningful improvement in those symptoms, based on how their disease impacts functioning and quality of life.

The pharmaceutical industry has also encouraged patient input in drug development, because it benefits them as well. Creating treatments that better address patients’ needs increases the likelihood that they will adhere to their treatments. This in turn provides an incentive for industry to invest resources in research and development rather than risk putting money into a medication that won’t be used.

On April 17, FDA, in collaboration with NIDA, is conducting a public meeting on patient-focused drug development for Opioid Use Disorder (OUD) to gain first-hand accounts from those with OUD. The objective of this meeting is to learn about patients’ experiences with current treatments as well as their experiences with medications to reverse overdose. It will be a unique opportunity for patients’ voices to be heard and have an impact in what kinds of treatments will be developed for opioid addiction in years to come.

This week at the National Rx Drug Abuse and Heroin Summit, NIH Director Francis Collins announced a near-doubling of funds to address the opioid crisis as part of the HEAL (Helping to End Addiction Long-term) initiative. Besides money, it will take creative in- and out- of-the-box thinking, as well as a coordinated “all hands on deck” approach to solve the crisis. And those hands shouldn’t be limited to the scientific and research world. Patients suffering from opioid addiction can have an active role in the development of new treatments for their disorder, and families of individuals with addiction can provide a valuable perspective as well.

listening to our clients/patients

Submitted by Richard Kensinger on April 5, 2018

as a BHC clinician of over 40 years, indeed it is so very important for a collaborative effort between client and clinician to negotiate personalized outcomes.The therapeutic alliance + client strengths and resources account for 85% of the + benefit that clients derive from care.
Rich, MSW

An ounce of prevention is worth a pound of cure.

Submitted by Joanne Sgrignoli on April 6, 2018

I took prescribed opioids several times in the 90s & over the past 7 years. At no time did anyone tell me the dangers of opioids.

I was frustrated that I was in debilitating pain & had to drive to my doctor's office every 15 days to pick up a new prescription. That was downright stupid, in fact. I shouldn't have been driving.

I did research & asked my dr about the possibility of addiction in the 90s. Tell people the risks. My PCP has a written statement that patients must read & sign.

In Canada, a national guideline was released recommending buprenorphine/naloxone as first line treatment for opioid use disorder. Methadone was considered second line treatment. Long-acting naltrexone was not recommended at all.
Perhaps it would be helpful for patients and physicians to know more about management of OUD in countries like Canada, Australia, France and Great Britain.

benefits to the pharmaceutical industry

"The pharmaceutical industry has... encouraged patient input in drug development, because it benefits them as well." This is sometimes true, and sometimes not true. The pharmaceutical industry benefits from the sale of any drug, for example, that results in dependence, even if there is no societal or personal gain. This was a major factor in how the opioid problem developed in the first place. Big pharma does NOT have our interests in mind; they have their interests in mind. Sometimes their interests intersect with ours, and sometimes they oppose ours. Caution is advised.

Fentanyl Given to me!

Nora kudos to you for what you're doing, but, do you really know what is going on? I never blogged before, I'm 61 years old. When I had cancer my oncologist started on the patch. having RA OA. AND (Spinal Stenosis) a pain management kept me on the patch. since 2009. 50mg ecer 48 hours.. Wow. I decided to see another pain management doctor. He read my. MRI. I never had Spinal Stenosis. i wasn't supposed to get epidural shots or the patch. Ii was shocked! i went cold turkey and I'm still weak.
The doctors put me on this horrible Fentanyl Patch. but drop you like a hot potato when you suffer to get off.
Please research the "Pain Management Doctors" I was never explained what that medicine would do, or have. we put our trust on our so called doctors. they abuse that trust.

Response to "benefits to pharmaceutical industry"

Wholeheartedly agree that Big Pharma puts its interests first, even if this knowingly involves public harm. Seventeen years of work with opioid addicted patients has taught me that buprenorphine/naloxone is a life-saving medication. This is one case where their interests and ours coincide. Due to the chronic, relapsing nature of this illness, long term treatment is required. This benefits Pharma, but patients benefit by cessation of craving and a 50% reduction in overdose risk. Major issues with long-acting naltrexone include persistent craving, unpleasant side effects, inability to treat pain, and patient drop out within 6 months. Even worse, there is evidence that long-acting naltrexone increases OD risk post tx. due to loss of tolerance.
The 4/17/18 meeting designed to learn from patient experience sounds like a positive step. I question sponsorship of this meeting by Alkermes, and the potential for exploitation of patient feedback for marketing purposes.

The epidemic of over prescribing opioid drugs in the United States has been making headlines across the nation over the last couple of years. If passed onto others, it may lead to a life of addiction, or even cause death. Doctors need to stop overprescribing opioids and start looking for solutions to end this epidemic addiction and help save millions of lives. Opioids are not always prescribed by doctors some people choose to purchase them on the street. Anyone who decide to take opioid drugs run the risk of developing addiction. Opioid drugs can be determined to be much safer when used fewer days to manage acute pain. If a person requires opioid drugs for acute pain, then they should work with their physician to be prescribed the lowest dosage, for the shortest amount of time.

It was suggested that I switch from morphine to methadone 15 years ago. "Addiction" was discussed but in the frame of "dependence": Like we depend upon air to stay alive. In the years I have been taking it, I have never had the desire to try anything else. The dosage level I am on (and it has moved up over the years, probably doubled) keeps my pain tolerable - in the 4 to 6 range). I never expected any drug to make it go away. When that happens, all I do is sleep. No good. I find the media frenzy over "opioid addiction" to be just a tempest in a teapot. Properly handled, it has allowed me to live a productive life. I personally think those who move from methadone to stronger drugs would do so no matter what they started on. Addictive personalities will find a way no matter what. It really irritates me that those of us who have used it successfully and safely for years are totally being pushed aside with the attitude of "too bad you have to suffer but the addictive personalality people need more help then people in chronic pain. And people with cancer hurt worse than you so they get good treatment too." I feel that the industry, after selling us on the product, is now throwing us in the trash heap. I curse everyone involved and wish them a broken back and a crushed spine.