How Can We Better Support Physicians in Addressing the Opioid Crisis?

A recurring theme I and many other addiction researchers and professionals keep reiterating is the treatment gap: the underutilization of effective treatments that could make a serious dent in the opioid crisis and overdose epidemic. Ample evidence shows that when used according to guidelines, the agonist medications methadone and buprenorphine reduce overdose deaths, prevent the spread of diseases like HIV, and enable people to take back their lives. Evidence supporting the effectiveness of extended-release naltrexone is also growing; but whereas naltrexone, an opioid antagonist, can be prescribed by any provider, there are restrictions on who can prescribe methadone and buprenorphine. 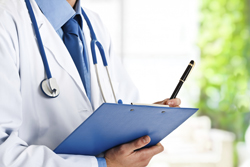 A series of editorials in the July 5, 2018 issue of the New England Journal of Medicine made a strong case for lessening these restrictions on opioid agonists and thereby widening access to treatment with these medications. For historical reasons, methadone can only be obtained in licensed opioid treatment programs (OTPs), but as Jeffrey H. Samet, Michael Botticelli, and Monica Bharel describe, experimental U.S. programs delivering it through primary care have been quite successful, as have other countries’ experiences doing the same thing. Although buprenorphine can be prescribed by primary care physicians, they must first take 8 hours of training and obtain a DEA waiver, and are then only allowed to treat a limited number of patients. As Sarah E. Wakeman and Michael L. Barnett argue, these restrictions are out of proportion to the real risks of buprenorphine and should be lessened so more people can benefit from this medication.

Stigma also contributes to the resistance to using evidence-supported treatment—both stigma against addicted individuals and stigma against agonist medications, due to the persistent myth that they just substitute a new addiction for an old. This idea reflects a mistaken conflation of dependence and addiction. Dependence is the body’s normal adaptive response to long-term exposure to a drug. Although people on maintenance treatment are dependent on their medication, so are patients with other chronic illnesses being managed medically, from diabetes to depression to pain to asthma. Addiction, in contrast, involves additional brain changes contributing to the loss of control that causes people to lose their most valued relationships and accomplishments. Opioid-dependent individuals do not get high on therapeutic doses of methadone or buprenorphine, but they are enabled to function without experiencing debilitating withdrawal symptoms and cravings while the imbalances in their brain circuits gradually normalize.

Unfortunately, it is not only bureaucratic restrictions and attitudinal impediments that prevent healthcare providers from making wider use of medications. As one Oregon addiction medicine specialist, Jessica Gregg, wrote in a July Huffington Post editorial, there is also an understandable reluctance by some physicians to throw more medications at a problem that is widely understood to have been initiated by over-aggressive prescribing for all kinds of pain. What is more, many or most physicians simply don’t feel capable of treating these complex patients; their medical school training likely didn’t equip them to handle patients with substance use disorders, just as it did not equip them to manage complex and chronic pain effectively and safely.

Treating patients with addiction may be uniquely complex and demanding for several reasons. Patients may have comorbid medical conditions, including mental illnesses; thus they may need more time than doctors are reimbursed for by insurers. They may also have pain, and while pain management guidelines have changed to respond to the opioid crisis, those changes have not necessarily made physicians’ jobs any easier, since there are currently no alternative medications to treat severe pain that are devoid of dangerous side effects.

Because of the complexity of OUD, providers may find that it is not sufficient to simply dispense a new prescription after a quick consultation. These patients often need ancillary services provided by nurses or other treatment specialists; and in the absence of these extra layers of support, treatment is less likely to be successful, reinforcing physicians’ reluctance to treat these patients at all.

In short, physicians are being blamed for causing the opioid epidemic, but thus far they have not been aided in becoming part of the solution.

Medical schools are starting to respond to the opioid crisis by increasing their training in both addiction and pain. For example, as part of its training in adolescent medicine, the University of Massachusetts Medical School has begun providing pediatric residents with the 8-hour training required to obtain a buprenorphine waiver—an idea that is winning increasingly wide support. The Warren Alpert Medical School of Brown University was the first to implement such a program for its fourth-year medical students.

Physicians in some emergency departments are also initiating overdose survivors on buprenorphine instead of just referring them to treatment. And through its NIDAMED portal, NIDA provides access to science-based information and resources on OUD and pain to enable physicians to better address these conditions and their interactions, including easy-to-use screening tools to help physicians identify substance misuse or those at risk.

But if physicians are going to assume a bigger role in solving the opioid crisis, healthcare systems must also support them in delivering the kind of care and attention that patients need. Physicians need the tools to treat addiction effectively as well as the added resources (and time) for patients who need more than just a quick consultation and a prescription.

I have been researching the opioid epidemic for a class I'm in. I've been looking at Colorado's problem, specifically. From what I've found, doctors are trying to get a handle on this, but it will take years before there's a big impact. Our legislators have proposed a few bills that will help, but the thing that I've seen that offers the most help is using marijuana in place of opioids. With Colorado being a legal state, it has seen a significant decline in the amount of opioids prescribed since legalizing. I think if doctors took the "more natural" route, it would help. Cannabis helps cover the pain, and the cannabinoids do not leave the feeling of needing more, like opioids do. Unfortunately researchers have been unable to see long term effects of using cannabis in place of prescription drugs. In my opinion, the best steps to take would be to pass the proposed bill that limits prescriptions to 7 days, instead of the typical 30. Also providing more rehab options and moving the patients off of opioids and onto legal marijuana could help speed up the process of decreasing the amount of overdoses.

Submitted by Richard Kensinger on September 2, 2018

MAT in conjunction w/ counseling/psychotherapy is a more efficacious approach; and yet is a great challenge. Physicians I keep in regular contact w/ are comfortable in supporting MAT; and at the same time resent the attacks on their culpability, and outside entities dictating and interfering w/ their clinical autonomy.
Rich, MSW

The United States is still behind

Submitted by Jennie Hahn on September 6, 2018

Persuading insurance companies to actually PAY for medication assisted therapy is one of the biggest issues. I have yet to find a private insurance company that will actually pay for methadone. And the prior authorizations for buprenorphine can be a HUGE headache and time-commitment. This country does not want to pay for addictions treatments any more than they have to due to the continued stigma. I believe this needs to be addressed at the government level, but I have little confidence that this will change....

“Stigma” is the LEAST of the problem.
You say that MAT treatment isn’t available to enough Americans who want help.

What do you expect?
The DEA/FDA/NIDA has set up this system where 90% of Dr’s can NOT prescribe buprenorphine!
And the one’s who can are limited to how many lives they can save!

We’re talking about a drug, buprenorphine, which:
Provides no “high”, eliminates cravings, is nearly IMPOSSIBLE to overdose on AND block the receptors in the brain that allow heroin and opioids to work, making relapse very unlikely.

AND THE FEW DOCTORS WHO CAN PRESCRIBE BUPRENORPHINE ARE LIMITED TO HOW MANY LIVES THEY CAN SAVE.

What kind of backward thinking is this?
Then you wonder why there’s an epidemic?
SERIOUSLY?

The United States is still behind

Persuading insurance companies to actually PAY for medication assisted therapy is one of the biggest issues. I have yet to find a private insurance company that will actually pay for methadone. And the prior authorizations for buprenorphine can be a HUGE headache and time-commitment.

Opioid crisis in America and a physicians role

Submitted by Elizabeth Dorsett on October 26, 2018

Opioid addiction is an ever-increasing epidemic that is sweeping this nation. Opioids account for almost three quarters of all over doses in the United States. Opioids are highly addictive as they stimulate the opioid receptors in the brain causing a need for an ever-increasing dosage to remain satisfied. While not all will become addicted to opioids upon consumption there are those that are more susceptible or who exhibit psychological and injury related symptoms to can exasperate one’s likelihood of addiction. As much as anyone person bears the responsibility of their own actions it must be understood that the United States imports more hydrocodone than any other nation in the world. Physicians prescribe hydrocodone and others like it at an alarming rate making one wonder is it all necessary? Are physicians prescribing necessary pain medication or over treating pain. Treating it as though it were a condition and not a symptom of a bigger or more complex issue. Addressing the way we view and treat pain as a symptom rather than an illness that trumps and surpasses all else may the answer to reduction of opioid prescriptions in the United States.

I disagree that buprenorphine is the cure to the epidemic as it is not overly effective at pain relief. I also think the 'stigma' has to play a role within the crisis and that studying other effective means to trying to help these vulnerable people is strategies such as harm reduction. For example in Switzerland there is clinics where it is prescribed in safe dosages, clean needles and regulated heavily. This also combines the hardline approach of still enforcing illegal selling and using on the street. This does need national response which it sounds like Trump might be making an effort to do. It's hard to remove the fact that heroin is going to make its way into America with south america playing a key role in supplying. Strengthen your borders by recruiting more officers and ensure the seas are patrolled better.

NIDA. 2018, August 31. How Can We Better Support Physicians in Addressing the Opioid Crisis?. Retrieved from https://nida.nih.gov/about-nida/noras-blog/2018/08/how-can-we-better-support-physicians-in-addressing-opioid-crisis

NIDA. "How Can We Better Support Physicians in Addressing the Opioid Crisis?." National Institute on Drug Abuse, 31 Aug. 2018, https://nida.nih.gov/about-nida/noras-blog/2018/08/how-can-we-better-support-physicians-in-addressing-opioid-crisis

NIDA. How Can We Better Support Physicians in Addressing the Opioid Crisis?. National Institute on Drug Abuse website. https://nida.nih.gov/about-nida/noras-blog/2018/08/how-can-we-better-support-physicians-in-addressing-opioid-crisis. August 31, 2018