Recent Research Sheds New Light on Why Nicotine is So Addictive 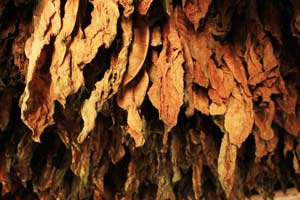 Although our society currently finds itself focused on the tragic epidemic of opioid overdoses, there remains no better example of the deadly power of addiction than nicotine. The measure of a drug’s addictiveness is not how much pleasure (or reward) it causes but how reinforcing it is—that is, how much it leads people to keep using it. Nicotine does not produce the kind of euphoria or impairment that many other drugs like opioids and marijuana do. People do not get high from smoking cigarettes or vaping. Yet nicotine’s powerful ability to reinforce its relatively mild rewards results in 480,000 deaths annually.

There are probably several reasons why nicotine is so reinforcing, even if it is not as intensely rewarding as other drugs. Like other drugs, nicotine stimulates the release of dopamine in neurons that connect the nucleus accumbens with the prefrontal cortex, amygdala, hippocampus, and other brain regions; this dopamine signal “teaches” the brain to repeat the behavior of taking the drug. The amount of dopamine released with any given puff of a cigarette is not that great compared to other drugs, but the fact that the activity is repeated so often, and in conjunction with so many other activities, ties nicotine’s rewards strongly to many behaviors that we perform on a daily basis, enhancing the pleasure and the motivation that we get from them. Smokers’ brains have learned to smoke, and just like unlearning to ride a bike, it is incredibly hard to unlearn that simple, mildly rewarding behavior of lighting up a cigarette.

But research continues to provide new insights into the reinforcing effects of nicotine, and we now know that nicotine’s insidiousness as a reinforcer goes beyond its ability to promote smoking (or vaping), extending to other non-nicotine drugs and even to non-drug rewards.

Nicotine has long been known to play a role as a “gateway” substance. Cigarette use tends to precede initiation of other drugs, and it is not just because cigarettes are more readily available. Research has shown that nicotine works to prime animals to self-administer cocaine, for example, whereas the reverse is not the case—cocaine does not act as a gateway to self-administering nicotine. Columbia University researchers Denise B. Kandel and Eric R. Kandel have identified a molecular mechanism underlying nicotine’s gateway effect: Nicotine encourages expression in the reward circuit of FOSB, a gene that underlies the learning processes described earlier. Thus, nicotine makes it easier for other drugs to teach users’ brains to repeat their use.

Even more interestingly, nicotine also seems to make other, non-drug activities more enjoyable. The movie stereotype of a cigarette accompanying other pleasurable activities is borne out by the work of Joshua A. Karelitz and Kenneth A. Perkins at the University of Pittsburgh School of Medicine, who have studied nicotine’s ability to enhance the pleasure of visual stimuli (videos) and music. They have also found that nicotine reduced the speed with which smokers became bored with a visual reinforcer (known as habituation). In other words, smoking seems to both enhance and prolong the pleasure of other activities. The reinforcement-enhancing effect applies also when obtaining nicotine from e-cigarettes.

This secondary reinforcing effect may contribute to the difficulty smokers have when trying to quit. It is not simply that they crave nicotine and feel withdrawal symptoms in its absence. It is also that other activities are not as enjoyable or motivating to them in the absence of nicotine. This is valuable knowledge that may help us design new prevention strategies and smoking cessation treatments.

Tobacco remains the most deadly drug because of the huge numbers of lives lost to lung cancer and other preventable lung- and heart-related conditions caused by nicotine addiction. Even though e-cigarettes contain no tobacco, we still do not know the long-term physical health impacts of vaping, and depending on the levels of nicotine and patterns of use, those who vape nicotine may be subjecting their brains to the same alterations that make it so difficult for tobacco smokers to quit and priming them to the use of combustible tobacco.

It is crucial to understand that its entanglements with other behaviors and substances make even addiction to a relatively “mild” drug like nicotine a serious problem, and one that has the potential to harm an individual’s life and health. Even if vaping nicotine is not as harmful to the lungs as smoking tobacco, its reinforcing effects may be much more pervasive than the user imagines—potentially leading not only to tobacco use but to other drug use, as well as reducing their ability to take pleasure from other activities in the absence of nicotine.

See more on the latest science on tobacco and nicotine vaping from NIDA.

Submitted by maureen martindale on October 3, 2018

I have been told that there is a protracted withdrawal syndrome with nicotine, that about six months after the user thinks he's kicked the habit, he gets a sudden craving that he is not prepared to deal with if he is not in a smoking cessation group.

Make a bigger 'national presence' with this!

Your articles are always very informative- including this one. And your explanations of the addictive process make it so clear.

I wonder how much of the Common Core educational program incorporates addiction education into school curriculum, if any? If the young had better knowledge to make informed behavioral decisions, maybe there would be less substance abuse taking place.

It would surely be helpful as we face the gigantic challenges ahead of us.

The Need for Nicotine and other Addiction Education

As a school board member, I would love to see addiction education be implemented as soon as is feasible for our children, and reviwed annually, if possible.

I know it’s 2 yrs later but I think Maureen is speaking of post acute withdrawal. You’re well beyond a physical withdraw. It’s now your “”mind” dealing with the lack of said drug/reinforcing behavior.

NIDA. 2018, September 28. Recent Research Sheds New Light on Why Nicotine is So Addictive. Retrieved from https://nida.nih.gov/about-nida/noras-blog/2018/09/recent-research-sheds-new-light-why-nicotine-so-addictive