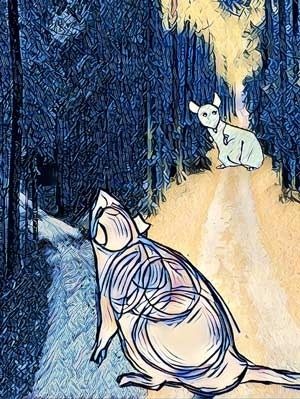 When it is available and can be delivered appropriately and effectively, medication is a crucial part of treating addiction—but by itself, a pill or an injection may not be sufficient. Social support has long been known to be an important factor in a variety of recovery programs and treatment approaches. Now, for the first time, an animal study conducted by members of NIDA’s Intramural Research Program and a scientist in Italy illustrates just how potent social reinforcement can be, even in animals that are already “addicted” to drugs as reinforcing as heroin and methamphetamine.

To assess the level of addiction in their rats, the experimenters used a sophisticated set of behavioral paradigms that attempt to model the kinds of choices made by humans who are addicted to drugs. They include assessing how hard a rat will work for access to the drug and whether responding persists despite punishment (i.e., brief electric shocks). Individual differences emerge in these paradigms; but regardless, the social reinforcer always won out over the drug. Even when the rats were housed with other rats and thus lived in a social environment, they consistently chose further social contact over the option to self-administer the drug.

The experimenters manipulated the social reward by introducing delay and an aversive stimulus in some conditions. Addicted rats were only likely to choose the drug over social interaction (i.e., relapse) when access to other rats was sufficiently delayed or punished.

It is a striking set of findings: Even though previous research had established that isolation led animals to self-administer drugs and that social housing was protective against drug use, no studies had given animals the ability to choose one or the other—conditions had always been controlled by the experimenter. (Some studies had used palatable food as a choice alternative, but not social contact.)

Another surprise concerned the phenomenon known as incubation of drug craving. Rats that regularly self-administer a drug display an increase in drug seeking following a period of abstinence (usually forced), similar to what many human drugs users experience following withdrawal—and often what prompts relapse. However, rats that became voluntarily abstinent by repeatedly choosing social interaction did not demonstrate this incubation effect.

The authors of this study point out that our social needs as humans are far more complex than the social needs of rats. In addition to social interactions and companionship (more immediate forms of social gratification), we also need more distal social expectations like the promise of meaningful participation in our community or society. But the findings of the study provide valuable insight into how recovery programs centered on mutual aid, as well as treatment approaches that emphasize social reinforcement, might help individuals overcome drug problems.

For example, one of the best-supported behavioral treatments is the community reinforcement approach (CRA), which centers on building a new social support system and increasing the value of other, non-drug rewards in the individual’s life. Other approaches like cognitive behavior therapy also seek to increase the salience of less immediate social rewards when patients are faced with the immediate temptations of drug use. Even recovery groups for people with drug or alcohol addictions based on 12-step or similar models depend in large part on building a new social structure in which the person can function.  The new study’s authors argue that their findings lend weight to the argument that these kinds of behavioral approaches that incorporate complex social influences should be more widely studied and utilized.

Submitted by Michelle Simons on October 15, 2018

In the rat park experiemnet the rats were given both cocaine water and plain water. How is this different? Also we are people not rats. Sometimes I find this study a little sad that we are compared to rats. It's clear that connectedness vs isolation help prevent substance use.

Although the Rat Park

Submitted by NIDA on October 16, 2018
Although the Rat Park experiment and others of its kind have given animals the choice whether or not to self-administer drugs, the animals were not allowed to choose their environment (solitary vs. housed with others). The new study is the first to offer animals a choice between drugs and social interaction, making it clear which of the two is more rewarding to social animals. We are very aware of the differences between people and rats, but animal studies allow us to conduct research that would be impossible in humans. Studies like this one go a long way to illuminating the social factors that are critical to our survival and to preventing and recovering from addiction.

Submitted by anthony on November 2, 2018

If this is our latest science then we are in big trouble. People, places and things is such a new revelation. There is nothing remotely new about this other than to enhance the obvious waste that continues at the government level per these ridiculous "research studies" If you went around with a sack of Narcan like Johnny Appleseed skipping down the street and back alleys of most cities in the US you would effect more positive change and life saving probability than research such as this recycled information any addict, counselor, house manager (sober living community), church, sponsor, pretty much anybody (other than apparently NIDA and its researchers) has known for a long, long time. PS use the money to open more inpt facilities with quicker streams to beds and funds to open place these people in sober living communities and housing. I realize its Halloween season but no matter how you dress this "new" research its anything but. Really!!

Submitted by Richard Kensinger on November 2, 2018

This is a very exciting developments. The hypothalamus is what I refer to as the "master regulator". It is a key part of the limbic region where are emotions and motivations and attraction & bonding to other occurs. As a BHC clinician of over 40yrs. experience, psychotherapy concentrates on biopsychosocial events, and is a more integrative intervention for complex conditions such as SUD. Thanks so much for apprising us of this research!
Rich, MSW

The experiments were conducted in controlled environment, so I still find it wanting that such can be used to explain the human situation