Access to Addiction Services Differs by Race and Gender 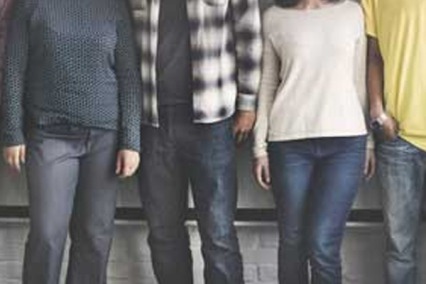 Disparities in access to quality treatment play a role in every aspect of health care and health outcomes, and the opioid crisis is no different. While whites and men continue to experience the highest rates of opioid misuse and deaths from opioid overdose, studies show that minorities and poor people with opioid use disorders remain at a disadvantage when it comes to accessing appropriate treatment and that women face greater barriers to both treatment and overdose reversal than men do.

The approval of buprenorphine in 2002 was a milestone in opioid addiction treatment, because it made a powerful and relatively safe partial agonist treatment available for the first time in doctors’ offices. But it has been predominantly white patients who have been able to take advantage of it. A new study in JAMA Psychiatry based on nationally representative data from the National Ambulatory Medical Care Survey and the National Hospital Ambulatory Medical Care Survey found that white individuals and those with private insurance or who are able to pay out of pocket are much more likely than others to receive buprenorphine.

A retrospective cohort study of patients receiving buprenorphine from one large urban clinic found that minority patients were much less likely than whites to be retained in treatment for at least 1 year. Finally, a study published in JAMA Pediatrics in 2017 found that non-Hispanic black and Hispanic youth were less likely to receive treatment with buprenorphine or naltrexone than were non-Hispanic white youth.

While the choice of medication should be determined by the severity and other characteristics of an individual’s opioid use disorder, a study of patients using Veterans Health Administration treatment services found that demographics were more often the determining factor. Minorities were much more likely to receive methadone than buprenorphine.

There are also care disparities related to gender: Women with opioid use disorder are less likely to access treatment and other services compared with men. The JAMA Pediatrics study discussed above found that females were less likely than males to be prescribed buprenorphine or naltrexone for their opioid use disorder. Pregnant women may be at a particular disadvantage, both because they may be hesitant to seek treatment due to fear of legal repercussions and because of provider discrimination. A study last Winter in the journal Substance Abuse found that providers of opioid agonist treatment in four Appalachian states often would not treat pregnant women. This is particularly troubling since buprenorphine and methadone have been shown to be safe for pregnant women.

Women also may not be receiving naloxone as often as men when they overdose. One 2016 study found that women who were overdosing from an opioid were almost three times less likely to receive naloxone from Emergency Medical Services (EMS) than men.

Even though whites and men continue to bear the heaviest brunt of opioid addiction, overdose deaths are rising at higher rates among certain minorities such as American Indians and African Americans, reflecting the ever-transforming nature of the opioid crisis. As we work to integrate addiction care into the wider healthcare system, it is important make sure that the same high standards of evidence-based addiction treatment and emergency services are available to all people with opioid use disorder, regardless of race, gender, or class. To ensure that quality healthcare is a right and not a privilege of certain groups, we must seek to address disparities that affect who is able to access care and the quality of care that is received. Promoting awareness of these disparities is the first step to finding solutions.

Submitted by Jack Henningfield on July 18, 2019

My colleagues and I have testified at FDA public hearings and dockets that every policy pertaining to prescribing and opioid pain medicine access and addiction treatment should be evaluated by asking if it is expected to help or hurt low income and minority people. The evaluation and process should also ensure that representatives of low-income people, minorities, youth, elderly, physically and mentally disabled, and other populations whose voices are too often left out be included in the evaluation of SUD treatment policies and approaches. This includes policies that require cash out of pocket for co-pays by those with insurance coverage and self-payment by the millions of people without healthcare coverage.