The U.S. is facing a surge of overdose deaths involving the use of stimulant drugs, including cocaine and methamphetamine. Multiple drug surveillance systems indicate that methamphetamine is a more pressing danger to public health and safety than opioids in some localities, yet developing medications to treat stimulant use disorders has proven especially challenging. As more patients and providers become familiar with the multiple effective medications now available to treat opioids, the lack of any medication to treat addiction to methamphetamine is increasingly frustrating. That is why the results of a successful multi-site clinical trial of a combined treatment approach for methamphetamine use disorder using two already approved medications, published today in the New England Journal of Medicine, is such important and encouraging news for our field. 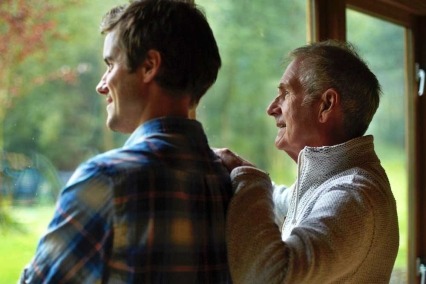 The Accelerated Development of Additive Pharmacotherapy Treatment for Methamphetamine Use Disorder (or ADAPT-2) study, conducted by NIDA’s Clinical Trials Network and led by Madhukar H. Trivedi, M.D., of the University of Texas Southwestern Medical Center, Dallas, found that a combination of oral bupropion, a commonly prescribed medication used to treat depression and for nicotine cessation, and injectable naltrexone, an opioid antagonist widely prescribed for treating opioid and alcohol use disorders, successfully reduced methamphetamine use and cravings in a large sample of treatment-seeking people with methamphetamine use disorder, compared to placebo. The investigators found that the effectiveness of the combination is similar to the effectiveness of analgesics for treating pain and most medical treatments for mental health disorders, including antidepressants prescribed for depression and naltrexone prescribed for alcohol use disorder. There were no significant adverse effects of the medication combination, and participants generally adhered to the treatment. (For more information about the trial and the results, see our News Release.)

Currently, the only treatments available for stimulant use disorders are behavioral therapies such as cognitive behavioral therapy and contingency management, in which modest material incentives are given for negative urine tests. The latter, although the most effective, remains underutilized. Given methamphetamine addiction’s devastating health effects and the extreme stigma that surrounds it, developing medications or immunotherapies would provide additional therapeutic alternatives, which could also be used to augment the benefits from behavioral interventions.

The multiplicity of physiological effects of addictive drugs in the body and their complex disruption of neuronal circuits in the brain necessary for everyday actions makes developing medications to treat any addiction difficult. Stimulants act principally on dopamine signaling in the brain. Cocaine boosts dopamine by preventing its reuptake and clearance from the synapses, whereas methamphetamine releases dopamine into the terminal and synapse, thus markedly and temporarily enhancing dopamine signaling. Because dopamine is involved in so many basic functions such as motivation and drive as well as movement and learning, treating stimulant use disorders by targeting stimulants’ effects on dopamine has been challenging.

Finding a compound that can safely modify the action of dopamine transporters within neurons to reduce methamphetamine’s rewarding effects is one approach being investigated by NIDA-funded researchers at the Universities of Kentucky and Arkansas. A monoclonal antibody designed to neutralize methamphetamine before it enters the brain is currently in Phase-2 trials conducted by a NIDA-funded team at the University of Arkansas for Medical Sciences and InterveXion Therapeutics. Vaccines against methamphetamine are being studied preclinically, and other approaches, including combinations of already existing compounds, are also in various stages of the drug development pipeline.

Multipronged approaches using combinations of already-existing compounds, as in the ADAPT-2 trial, are one strategy that has the advantage of using medications whose safety is already established. Previously, both bupropion and naltrexone had been tried on their own in the treatment of methamphetamine use disorder, with modest but inconsistent results in both cases. The reason bupropion has seemed like a promising drug has to do with its unique actions. Because it can increase dopamine and norepinephrine, it has stimulant-like effects in addition to (or that may underlie) its effectiveness as an antidepressant. Compounds that can mimic the effects of a misused drug but less rapidly and intensely are obvious choices as addiction medication candidates. For example, two of the three effective treatments for opioid use disorder, methadone and buprenorphine, ease withdrawal symptoms and cravings by activating mu-opioid receptors but without causing euphoria when given at prescribed doses.

Naltrexone is an antagonist, or blocker, of mu-opioid receptors, which underlie opioids rewarding and analgesic effects. While naltrexone does not interact directly with the dopaminergic and noradrenergic systems that methamphetamine energizes, opioid signaling in brain reward circuits is believed to underlie the rewarding euphoric effects of stimulants and other non-opioid drugs. Blocking these effects may reduce the pleasure of drug-taking and is also thought to reduce cue-induced craving for stimulants, and thus could help a person with methamphetamine use disorder reduce or stop their use of the drug.

The combination of bupropion and naltrexone in the treatment of methamphetamine use disorder has not yet been submitted for regulatory review, and more research would be needed to learn how best to implement this medication combination as part of a treatment plan. But the success of the ADAPT-2 trial represents an encouraging advance toward a medication that could address one of the most pressing drug use disorders that we face in the current addiction and overdose crisis.