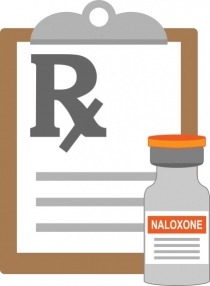 The practice of co-prescribing the opioid overdose reversal drug naloxone to Medicare Part D patients who take opioids for chronic pain increased between 2016 and 2017, though such co-prescriptions were provided to only a small minority of patients who might benefit, according to research led by scientists at the National Institutes of Health (NIH), the Centers for Disease Control and Prevention (CDC), and the Office of the Assistant Secretary for Health, all within the U.S. Department of Health and Human Services (HHS). The study found that overall national rates for naloxone co-prescription along with any opioid among Medicare Part D patients increased from 1.5 per 1000 patients receiving opioid prescriptions in 2016 to 4.6 per 1000 in 2017.

In 2016, CDC released a guideline advising clinicians to consider co-prescribing naloxone to patients at increased overdose risk, such as those taking higher doses of opioids or those who also have prescriptions for benzodiazepines to treat anxiety. Consistent with these recommendations, the highest rates of co-prescribing were among patients receiving opioids at doses of more than 90 morphine milligram equivalents per day and benzodiazepines for more than 300 days. In addition, two states that mandated naloxone co-prescribing (Vermont and Virginia) have the highest rates of all U.S. states for co-prescribing.

The study authors called for educating clinicians, pharmacists, and patients about when naloxone should be co-prescribed and for proactive approaches such as implementing prompts in electronic health records for high-risk patients.

For more information about naloxone and treating opioid overdose, go to our: Naloxone DrugFacts.