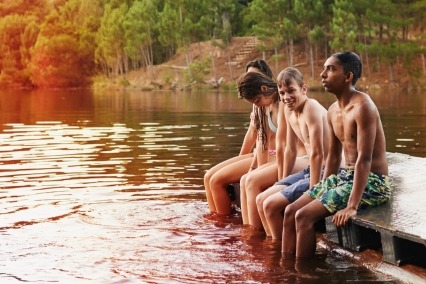 A new study shows that in the time after first trying cannabis or first misusing prescription drugs, the percentages of young people who develop the corresponding substance use disorder are higher among adolescents (ages 12-17) than young adults (ages 18-25). In addition, 30% of young adults develop a heroin use disorder and 25% develop a methamphetamine use disorder a year after first using heroin or methamphetamine. These findings, published in JAMA Pediatrics, emphasize the vulnerability of young people to developing substance use disorders.

To conduct this study, NIDA researchers analyzed data from the nationally representative 2015 to 2018 National Surveys on Drug Use and Health conducted by the Substance Abuse and Mental Health Services Administration.

The researchers examined the proportion, or prevalence, of adolescents (ages 12-17) and young adults (ages 18-25) who had a substance use disorder in the past year (i.e., past-year substance use disorder) at various intervals since the first time they used or misused one of nine different drugs: tobacco, alcohol, cannabis, cocaine, methamphetamine, heroin, and prescription drugs (opioids, stimulants, and tranquilizers used non-medically). The researchers evaluated past-year substance use disorders at four timepoints since first drug use: fewer than or equal to 12 months, more than 12 through 24 months, more than 24 through 36 months, and more than 36 months.

For alcohol and tobacco, adolescents and young adults had similar prevalence of past-year substance use disorders within 12 months of initiation, but that prevalence was higher for young adults in the subsequent time periods examined.

The data excluded individuals who were incarcerated and individuals experiencing homelessness who are not living in shelters, possibly underestimating the prevalence of substance use disorders across the findings, authors noted.

“Research has shown that brain development continues into a person’s 20s, and that age of drug initiation is a very important risk factor for developing addiction,” said Emily B. Einstein, Ph.D., chief of NIDA’s Science Policy Branch and a co-author of the study. “This underscores the importance of drug use prevention and screening for substance use or misuse among adolescents and young adults. Offering timely treatment and support to young people who need it must be a public health priority.”

Reference: ND Volkow, et al. Prevalence of Substance Use Disorders by Time Since First Substance Use Among Young People in the US. JAMA Pediatrics DOI: 10.1001/jamapediatrics.2020.6981 (2021).

About the National Institute on Drug Abuse (NIDA): NIDA is a component of the National Institutes of Health, U.S. Department of Health and Human Services. NIDA supports most of the world’s research on the health aspects of drug use and addiction. The Institute carries out a large variety of programs to inform policy, improve practice, and advance addiction science. For more information about NIDA and its programs, visit www.drugabuse.gov.

NIDA. 2021, March 29. Younger age of first cannabis use or prescription drug misuse is associated with faster development of substance use disorders. Retrieved from https://nida.nih.gov/news-events/news-releases/2021/03/younger-age-of-first-cannabis-use-or-prescription-drug-misuse-is-associated-with-faster-development-of-substance-use-disorders