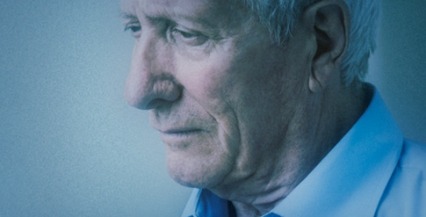 Three recent NIDA-supported studies highlight the importance of screening older adults for drug use and its consequences. Researchers demonstrated steep rises in marijuana use among middle-aged and older Americans, and prescription opioid misuse and heroin use among older Americans. The researchers also documented widespread polydrug use among older people who use marijuana and increased suicidal ideation among those who misuse prescription opioids.

Inquiries about marijuana from older patients prompted Drs. Benjamin H. Han and Joseph J. Palamar of New York University to quantify trends in middle-aged and older Americans’ use of the drug. The investigators analyzed data from the National Survey on Drug Use and Health (NSDUH), which annually asks approximately 70,000 Americans of all ages about their drug use and other health-related issues. They found that in the 2015–2016 NSDUH, 9 percent of respondents age 50 to 64, and 2.9 percent of those age 65 and older, reported using marijuana during the past year. Those percentages represented increases of 27 percent and 107 percent compared with the 2012–2013 NSDUH; and 100 percent and 625 percent compared with the 2006–2007 survey.

The researchers’ analysis pointed to evolving perceptions about marijuana’s dangers and potential medical uses as contributing to middle-aged and older adults’ rising use. A large majority of both age groups indicated that they felt that using the drug as often as twice weekly conferred slight or no risk of bad consequences. Moreover, 15 percent of adults age 50 to 64 and 23 percent of adults age 65 and older reported that they had used the drug with a doctor’s recommendation.

Additional analyses showed that older marijuana users had twice the odds of alcohol use disorder, nearly 8 times higher odds of cocaine use, and twice the odds of prescription opioid misuse, compared with nonusers of the drug. Older marijuana users also were more likely to be dependent on nicotine and to have had major depression in the past year.

Older Americans have not been spared in the ongoing epidemic of opioid use and misuse, Dr. Andrew S. Huhn and colleagues at the Johns Hopkins School of Medicine report. The researchers tracked the trend in first-time treatment admissions of U.S. adults age 55 and older with a primary diagnosis of opioid use disorders, as recorded in the Treatment Episode Data Set, from 2004 to 2015. The number climbed roughly 8 percent annually from 2004 to 2012, then surged 25 percent each year from 2013 to 2015. Across the years 2004 to 2015, it increased from roughly 10 percent to more than 20 percent of all first-time treatment admissions in this age group (see Figure 1).

Dr. Huhn calls one of his team’s findings, in particular, “incredibly alarming”: Between 2012 and 2015, the number of first-time admissions of U.S. adults age 55 and older who were using heroin doubled, from 2,725 to 5,636. In fact, heroin users accounted for almost the entire doubling of opioid treatment admissions in this population in those years. ”We did not expect to see heroin use at this level,” says Dr. Huhn. Moreover, the prevalence of intravenous heroin administration in the older adults was greater, at 49 percent, than that among those under age 55.

Further analyses revealed that, compared with younger age groups, older adults entering treatment for heroin use were more likely to be male, black or African American, retired, and living in urban areas. “Identifying these trends should inform public health efforts to effectively engage and treat this population,” says Dr. Huhn.

Among the many adverse consequences of prescription opioid misuse by older Americans is an increased prevalence of suicidal ideation, according to a recent study by Dr. Ty S. Schepis from Texas State University and his colleagues from the University of Maryland and the University of Michigan. Older Americans, especially men, already are more likely than the general population to think about suicide; the researchers showed that prescription opioid misuse increases their risk still further.

Dr. Schepis’ team analyzed data from the adults age 50 and older who participated in the 2015–2016 NSDUH. Those who misused both prescription opioids and benzodiazepines were 10 times more likely than those who did not to report that they “thought seriously about killing” themselves during the past year (see Figure 2). Appropriate use of these medications, in contrast, was not associated with increased thoughts of self-destruction.

Dr. Han and colleagues say their findings highlight the importance of screening middle-aged and older adults for marijuana use, and, among those who use the drug, for related behavioral health problems and consequences. In addition, says Dr. Han, health care providers and other stakeholders must develop tools to engage older adults in treatment; coordinate care between addiction specialists, primary care physicians, and other medical specialties; and leverage community services to best support older adults who use drugs.

Given the limited clinical research data on the benefits and risks of marijuana use for older Americans, Dr. Han emphasizes the need for further studies. “This is important to note, as we see dramatic increases in marijuana use by older adults, who often have comorbid chronic conditions and take many prescribed medications, and therefore may be at higher risk of the adverse effects of marijuana use without a clear understanding of its benefits,” he says.

Dr. Schepis’ findings reinforce the importance of screening older adults for use of illicit opioids and remaining alert for signs of potential opioid or benzodiazepine misuse, such as early refill requests or having multiple prescriptions from different doctors. Dr. Schepis and his colleagues recommend that health care providers assess older patients who show such signs for suicidal thoughts.

NIDA. 2019, July 10. Drug Use and Its Consequences Increase Among Middle-Aged and Older Adults. Retrieved from https://nida.nih.gov/news-events/nida-notes/2019/07/drug-use-its-consequences-increase-among-middle-aged-older-adults

NIDA. "Drug Use and Its Consequences Increase Among Middle-Aged and Older Adults." National Institute on Drug Abuse, 10 Jul. 2019, https://nida.nih.gov/news-events/nida-notes/2019/07/drug-use-its-consequences-increase-among-middle-aged-older-adults

NIDA. Drug Use and Its Consequences Increase Among Middle-Aged and Older Adults. National Institute on Drug Abuse website. https://nida.nih.gov/news-events/nida-notes/2019/07/drug-use-its-consequences-increase-among-middle-aged-older-adults. July 10, 2019