Every year, emergency departments (EDs) across the country treat thousands of patients for nonfatal opioid overdoses, and this number continues to rise. These patients are typically observed in the ED and then discharged with information about finding outpatient treatment. But what happens to these patients after they leave the ED? A recent study showed that many of these people died within a year, often within the first couple of days after discharge. “Our research demonstrated that about 1 in 20 people who presented to the ED with an overdose and were discharged were dead within a year,” explains Dr. Scott G. Weiner, the study’s first author and a NIDA-funded investigator. “That’s a startlingly high number and perhaps shocking enough to make it clear that simply providing a paper list of detox facilities to these patients at discharge, as we have done for the past several decades, is not sufficient.”

Dr. Weiner and his colleagues from Brigham and Women’s Hospital in Boston partnered with the Massachusetts Department of Health to determine the number of deaths that occurred among 11,557 patients who were treated for a nonfatal opioid overdose and then discharged from Massachusetts EDs. They linked state-wide data on patients who had been treated and discharged from an ED for an opioid overdose between July 2011 and September 2015 with state death records up to September 2016. This allowed them to determine the number of deaths that occurred between 1 day and 1 year after the initial ED visit.

Because the study was limited to EDs in Massachusetts, the results may not be generalizable to other areas. In addition, the data did not include patients who either received treatment for overdose outside of Massachusetts but died in the state, or who had received treatment in a Massachusetts ED but died in another state. Nevertheless, the extremely high mortality rate among these patients, particularly shortly after the ED visit, supports the need for immediate substance use disorder treatment in the ED that continues through discharge and follow-up. “Knowing the high mortality rate of these patients makes the case for EDs to provide buprenorphine to appropriate patients and for health systems to create rapid-access ‘bridge clinics’ for patients who are in desperate need of help,” says Dr. Weiner.

Bridge clinics, which have been established as part of a harm-reduction model in many health systems, including Massachusetts, will see patients on a walk-in basis, regardless of insurance status or current drug use. Dr. Weiner explains, “The model works: About 80 percent of our patients are actively engaged in treatment. Our emergency physicians now know that their buprenorphine prescription is an important link in the survival chain to then get the patient to the bridge clinic.” He adds, “In future studies, I would want to determine how the 1-year mortality rates vary for patients who receive care through these novel approaches to treatment as opposed to the old way of simply providing a ‘detox list’.”

NIDA offers evidence-based resources and videos for emergency department clinicians based on seminal research done at Yale University on how to transition opioid use disorder patients to buprenorphine treatment.

This study was supported by NIDA grant DA044167. 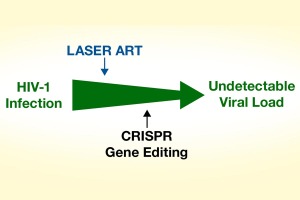