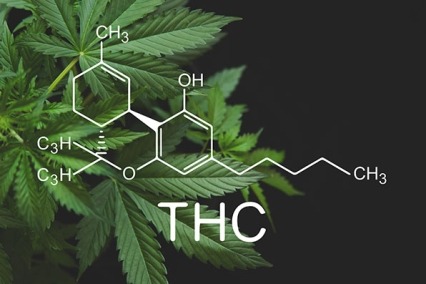 With increasing legalization of cannabis, pregnant women may think the drug is safe to treat pregnancy-related ailments, such as morning sickness. The results of a NIDA-sponsored study add to the body of evidence that this assumption is unwarranted. The researchers found that, in rats, prenatal exposure to the main psychoactive ingredient of cannabis, THC, may cause extensive changes in the brain’s dopamine signaling system, particularly in male offspring. If these results hold true in humans, such changes may predispose individuals to neuropsychiatric disorders.

Dr. Roberto Frau from the University of Cagliari in Italy, Dr. Vivien Miczán and Dr. István Katona from the Pázmány Péter Catholic University in Budapest, Dr. Joseph Cheer from the University of Maryland, and colleagues from other institutions in Hungary and the United States treated pregnant rats for 2 weeks with low doses of THC that normally do not affect the rats’ behavior. After the offspring were born, the team used a wide variety of methods to determine the effects of this prenatal cannabis exposure (PCE) on the pups’ behavior. They also examined PCE’s effects on dopamine-releasing neurons located in the brain’s ventral tegmental area (VTA), which are part of the brain’s reward system. The study’s senior investigator, Dr. Miriam Melis from the University of Cagliari, explains why these analyses are important: “The behavioral and cognitive abnormalities of children exposed in utero to cannabis involve alterations in the development of the dopamine system; however, all of the clinical and preclinical studies have investigated effects on brain regions where dopamine is released. Nobody has looked at the regions where dopamine neurons reside, such as the VTA, despite their pivotal role in many discrete neuropsychiatric disorders.”

The study yielded several key findings regarding the effects of PCE in rats. First, although all PCE offspring generally behaved normally, male PCE rats showed some altered responses when they were challenged during pre-adolescence with small THC doses that normally have no effect on behavior. The observed deficits were similar to those encountered in human patients with psychotic disorders that involve alterations in dopamine signaling, including psychomotor agitation and deficits in gating functions. Interestingly, female PCE rats did not exhibit these deficits in response to THC, suggesting that the adverse effects associated with PCE are sex specific.

Second, in the male PCE offspring, the dopaminergic neurons located in the VTA released more dopamine in their target area, the nucleus accumbens, in response to THC compared with control offspring (Figure 1). Elevated dopamine release is a hallmark of several neuropsychiatric disorders. Third, in the dopamine neurons of male PCE offspring, the maturation of other neurotransmitter receptors that control dopamine release was delayed, promoting greater dopamine activity. Such delays have also been observed in rats prenatally exposed to cocaine or alcohol.

The researchers also investigated whether pregnenolone, a naturally occurring hormone that is used as a dietary supplement and is investigated in several clinical trials, could prevent the long-term effects of PCE. They demonstrated that short treatment of pre-adolescent male PCE rats with pregnenolone reversed the changes in the VTA dopaminergic cells as well as in the animals’ behavior (Figure 2).

Despite this potentially promising treatment approach, Dr. Melis concludes, “Cannabis use during pregnancy is far from being safe, even if the dose is mild, comparable to a joint containing 5 percent THC.”