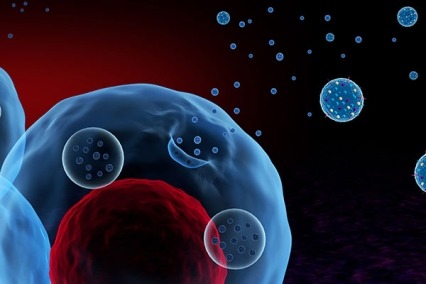 Endocannabinoids are compounds naturally occurring in the body and brain that bind to the same receptors as THC, the psychoactive component of cannabis. These compounds act throughout the brain, indicating that they have varied functions. In rats, cocaine exposure causes endocannabinoid levels to increase in brain areas that process pleasurable sensations, such as the ventral tegmental area (VTA). Researchers at NIDA’s Intramural Research Program (IRP) have now elucidated how cocaine may leverage endocannabinoids to mediate the drug’s effects. “We have identified a never-before-revealed mechanism in which cocaine drives the release of endogenous cannabinoids to influence synaptic function,” says Dr. Carl Lupica, Chief of the Electrophysiology Research Section at NIDA’s IRP.

Dr. Lupica; Dr. Tsung Ping-Su, Senior Investigator in NIDA’s Integrative Neuroscience Branch; and their colleagues investigated how cocaine enhanced the release of the endocannabinoid 2-arachidonoylglycerol (2-AG) in the VTA of mice. In 2015, Dr. Lupica’s group had shown that cocaine stimulates 2-AG production in that brain area, increasing dopamine neuron activity. Additionally, studies had shown that a molecule called sigma-1 receptor (Sig-1R), which participates in numerous signaling pathways in cells, can bind stimulant drugs, such as cocaine and methamphetamine. Sig-1R can also control the transport of various molecules within and out of neurons. One way to transport molecules out of cells is to package them into small, membrane-enclosed spheres (vesicles) that travel into the space between the cells where they release their cargo. The research team was now able to show how cocaine, Sig-1R, extracellular vesicles, and 2-AG release are linked.

The investigators manipulated the Sig-1R signaling pathway in cultured cells to demonstrate how cocaine binding to this receptor can promote extracellular vesicle release from the cells. They then performed a series of studies in tissue slices of the mouse VTA to tease out the underlying molecular mechanisms. Their analyses identified a chain of events leading from cocaine exposure to 2-AG release in the VTA (see the Figure):

When the researchers interrupted this chain of events, for example by blocking or genetically eliminating Sig-1R function or inhibiting other involved molecules, cocaine could no longer induce release of the 2-AG–containing vesicles. This, in turn, prevented 2-AG from altering the function of its target neurons.

“The current study answers a long-standing question of how cocaine mobilizes endocannabinoid signaling across interneuronal spaces,” says Dr. Ping-Su. “The next step is examining how this signaling pathway is altered during cocaine use and after cocaine withdrawal.” The hope is that such analyses ultimately help identify new potential targets for treatment of cocaine use disorder.

The findings may also aid researchers in better understanding the role of intercellular communication in normal and disease states. “We would like to develop more refined approaches for studying extracellular vesicles in the brain, as these membrane packages represent a novel way for cells to send molecules to one another,” explains Dr. Lupica.

The figure illustrates how cocaine promotes 2-AG secretion by inducing extracellular vesicle release. The upper left corner shows the axon terminal of a light-brown norepinephrine-releasing neuron. Two pink cylinders crossing the membrane of that neuron represent a norepinephrine transporter molecule, and a blue sphere next to it represents a cocaine molecule binding to the norepinephrine transporter. The upper right shows the axon terminal of a green GABA-releasing neuron. Reddish-brown cylinders crossing the membrane of the neuron represent a CB-1 receptor, which can bind THC and 2-AG.