How the Brain Makes Pain Unpleasant 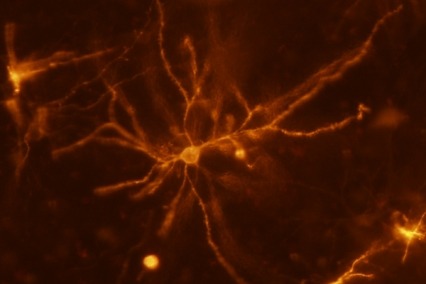 Pain, and particularly chronic pain, can make a person’s life miserable. However, the results of a recent NIDA-funded study suggest that pain may not have to be unpleasant. This would be welcome news to those suffering from the emotional burden associated with chronic pain.

To help pain patients, scientists to date have focused mostly on learning how sensory neurons are activated and how these pain signals are transmitted to the brain, in hopes of finding ways to block pain at its source. This strategy has not met with great success, however, and despite decades of study, analgesic drugs still cannot fully eliminate the suffering of chronic pain patients. Additionally, some of these drugs, like opioids, have safety issues and may be misused. Therefore, postdoc Dr. Gregory Corder (now an Assistant Professor at the University of Pennsylvania), graduate student Biafra Ahanonu, and their colleagues at Stanford University decided to pursue a different approach. Dr. Grégory Scherrer, one of the study’s senior investigators (who has since moved to the University of North Carolina at Chapel Hill), explains, “We decided not to look at how the pain neural signals are produced and come into the brain through the nerves and then the spinal cord, but rather tried to understand what the brain was doing with this information to make pain unpleasant.”

The researchers focused on a brain area called the basolateral amygdala (BLA) because damage to this region can cause a rare phenomenon in which a person detects a painful stimulus but does not perceive it as unpleasant. The team exposed mice to different painful stimuli, such as pinpricks or heat, and then used various behavioral, cellular, and molecular methodologies to detect which neurons in the BLA were active when the mice were in pain. These tests identified a specific set of neurons that were activated in response to various painful stimuli, but not to other unpleasant or pleasant stimuli (see Figure 1).

Next, the investigators examined whether preventing these cells from working would affect the animals’ response to pain. Normally, when animals are exposed to a painful stimulus, such as pricking a paw, their response has two components:

When the researchers inhibited the newly identified BLA network of cells, however, the mice still detected the stimulus and withdrew their paws, but they showed a reduced affective response to the painful stimulus. This suggests that the BLA cells encode the unpleasantness associated with pain.

To determine whether the BLA cells also affected the experience of chronic pain, the investigators conducted additional experiments using mice with chronic pain caused by nerve damage (i.e., neuropathic pain). These animals typically become overly sensitive to stimuli such as light touch and cool temperatures that a normal mouse does not experience as painful, and therefore avoid them. However, when the cells in the BLA network were deactivated in mice with neuropathic pain, the animals no longer showed aversion to cool temperatures, indicating that they no longer experienced the unpleasant effects of excessive cold sensitivity (see Figure 2). Further experiments confirmed that the manipulations did not simply impair the animals’ ability to experience any aspect of pain as they still showed, for example, normal withdrawal reflexes.

Dr. Scherrer hopes that this research will ultimately help improve pain management in humans. He explains, “What we now want to do is look at these cells in greater detail and ask if we can find some targets to develop new pain medicines that would turn off the cells to reduce the unpleasantness of pain.” He adds, “We’re interested in finding targets that are present in these cells but are absent in regions that are, for example, causing addiction, so all the places that are associated with opioids’ actions. We are hoping to mimic the analgesia of opioids but without the side effects.”

Dr. Mark J. Schnitzer from Stanford University and Investigator of the Howard Hughes Medical Institute, who was also a Senior Investigator on the project, adds, “This biological finding was greatly facilitated by NIDA’s initial funding, provided almost two decades ago, of new technology that allows one to see activity in individual cells in the brain of a freely moving mouse.”

This figure illustrates findings that cells in the BLA mediate the aversive effects of chronic pain. Panel A at the top shows to what extend different groups of mice run freely across cool test plates and warm control plates. The figure has four panels for four different groups of mice. In each panel, the left half represents the cool test plate with a temperature of 15oC and the right half represents the warm control plate with a temperature of 30oC. Blue lines indicate the running tracks of the mice. The top left panel shows the running tracks of uninjured mice treated with saline. For these animals, there are few tracks on the test plate and very dense tracks on the control plate, indicating a preference for the warm plate.