Disrupting Cocaine Memories Prevents Return to Cocaine Use in Rats 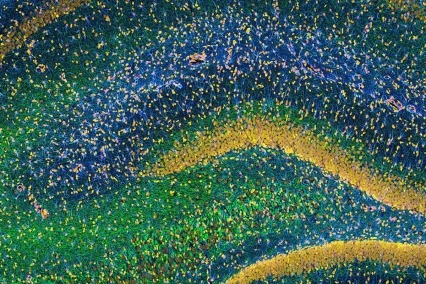 Many people who use cocaine and other drugs return to drug use even after prolonged abstinence. Resumption of drug use often is driven by drug-associated memories that are retrieved when the person is exposed to drug cues. The results of a recent study in rats suggest that some neuronal connections (i.e., synapses) that encode cocaine-associated memories are not static but weaken for approximately 6 hours after they are retrieved and that holding these synapses in their weakened state may reduce return to cocaine use.

Cocaine Use Generates New Synapses in the Nucleus Accumbens

The study presents the latest findings of a long-term project spearheaded by Dr. Yan Dong at the University of Pittsburgh that is aimed at understanding how the activity of specific synapses in the brain’s reward circuit mediates drug seeking and return to cocaine use. This research previously determined that in rats, cocaine experience generates new synaptic connections between certain neurons of the nucleus accumbens (NAc).

The synapses of interest are known as “silent synapses”: Although they respond to the neurotransmitter glutamate, they initially lack a specific type of glutamate receptor called the AMPA receptor (AMPAR) and therefore are considered AMPAR silent. Subsequent research by Dr. Dong and his team showed that over time (e.g., during drug withdrawal), these newly formed synapses “mature” by recruiting AMPARs and thereby strengthen. Researchers hypothesize that these synapses encode drug-associated memories and help sustain drug-seeking behavior.

Silent Synapses Are Unstable After Memory Retrieval and Can Be Disrupted

In the most recent study, Dr. William J. Wright, Dr. Nicholas M. Graziane, and Dr. Dong from the University of Pittsburgh and Penn State College of Medicine, along with colleagues from other institutions, examined what happens with those silent synapses when cocaine-associated memories are retrieved. Using a rat model of cocaine exposure, memory retrieval, and cue-induced cocaine seeking, the investigators assessed the excitability, morphology, and biochemical signaling of NAc neurons and their silent synapses as well as their effects on cue-induced cocaine seeking.

The researchers trained rats to associate a cue (e.g., a flash of light) with the availability of cocaine delivered after a lever press. After this association was established, the animals underwent prolonged cocaine abstinence, allowing the silent synapses to mature. Next, the researchers presented the cue again (i.e., the rats retrieved the cue-associated memory), triggering drug seeking in the animals. When the team looked at the NAc synapses after the cue exposure, they found that the matured synapses became AMPAR silent again for 6 hours, before re-maturing (see Figure 1). This re-maturation could be prevented by treating the animals with a compound that blocks AMPARs from being recruited (i.e., keeps the synapses silent). More importantly, additional experiments found that when the investigators blocked the re-maturation of silent synapses, the rats’ cocaine seeking was significantly reduced (see Figure 2).

The researchers speculate that when the silent synapses are prevented from re-stabilizing following cue-associated memory retrieval, at least some of the animals’ cocaine-associated memories are disrupted, which may reduce their urge to seek out more of the drug. According to Dr. Dong, “These findings have broader implications for the field in that they provide concrete cellular substrates that mediate the dynamics of drug memories. As such, a cellular determinant of drug memories is characterized.”