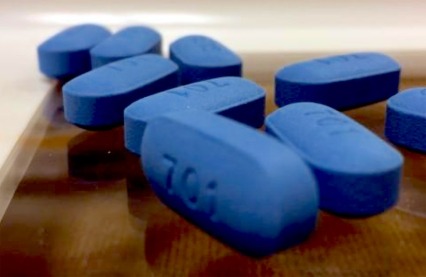 With the advent of highly effective anti-retroviral therapies, HIV/AIDS has become a treatable chronic disease. However, HIV and its lifelong treatment have long-term health and quality-of-life consequences, and reducing HIV transmission remains a critical public health goal. Pre-exposure prophylaxis (PrEP) with once-daily oral tenofovir disoproxil fumarate and emtricitabine was approved in 2012 for individuals at high risk of contracting HIV. The United States Preventive Services Task Force (USPSTF) recently released updated guidance to identify individuals who are eligible for PrEP, based on a set of behavioral criteria (see textbox).1 These include certain subgroups of men who have sex with men (MSM) and people who inject drugs (PWID). In recent years, several NIDA-funded studies have assessed PrEP uptake in these target populations.

USPSTF Guidance on PrEP for the Prevention of HIV1

According to the USPSTF, people at high risk of HIV who should be offered PrEP include:

Adoption of PrEP by people at high risk for HIV involves several stages:

Dr. Patrick Sullivan and colleagues from Emory University analyzed to what extent the first three of these steps occur in MSM and how awareness, willingness to use, and use of PrEP have changed over time. The team examined data collected between December 2013 and November 2017 as part of the American Men’s Internet Survey (AMIS), a national, self-administered, online survey.2 They evaluated responses from 37,476 MSM age 15 years or older who were HIV negative or had unknown status; of these, 19,244 (51.4 percent) were considered eligible for PrEP.

The analyses found that by 2017, eight out of 10 respondents were aware of PrEP, compared with less than half at the beginning of the study (see Figure). However, differences existed between subgroups of MSM. Thus, PrEP awareness was higher in non-Hispanic whites than among all other racial/ethnic groups and was higher among those living in cities than among those living outside of cities. The racial/ethnic disparities mirror those of an earlier study assessing PrEP awareness among 1,243 MSM visiting a single clinic between 2013 and 2015.3 In that study, Dr. Julia Raifman from Boston University and colleagues from several other institutions also determined that while PrEP awareness increased over time, it was significantly lower among Hispanic and non-Hispanic Black MSM compared with non-Hispanic white MSM. These differences are particularly worrying because minority racial and ethnic groups are disproportionately affected by HIV. For example, in 2018, Black men made up only 6 percent of the U.S. population but represented 30 percent of new HIV cases.5,6 Dr. Raifman and colleagues also noted that awareness was lowest among the youngest and oldest MSM.

PrEP use in the past 12 months showed the greatest relative increase, rising more than 10-fold over the study period, from 1.7 percent of participants in 2013 to 19.9 percent in 2017. Although this represents a substantial improvement in PrEP use, it also reveals a significant gap between the willingness to use PrEP and actually using it. Also, even though the increase in PrEP use to nearly one in five eligible respondents is promising, it is still well below the level needed to achieve meaningful reductions in new HIV cases. Other researchers have estimated that 30 percent to 50 percent of eligible MSM would need to use PrEP to significantly reduce HIV cases.4

As with PrEP awareness and willingness to use, increases in PrEP use differed among subgroups. Smaller increases in PrEP use were seen among younger men, those who live in rural areas, and those who are underinsured or uninsured. However, in contrast to PrEP awareness, the researchers found no differences in PrEP use among Black, Hispanic, and white MSM. Although the study included the largest number of Black and Hispanic respondents in any study of PrEP use to date, the proportions were much lower than in the U.S. population. Also, because racial and ethnic minority groups are at greater risk of HIV, a higher rate of PrEP use must be achieved in these groups to reduce the number of HIV cases in Black and Hispanic MSM to the same degree as in non-Hispanic white MSM.

Dr. Sullivan and his team concluded that awareness, willingness to use, and use of PrEP had increased overall. Despite these promising findings, it is important to note that the study had some limitations. Most importantly, the AMIS survey respondents are not fully representative of PrEP-eligible MSM. The respondents were predominately non-Hispanic white, lived in urban and suburban areas, and were insured. Also, all respondents had access to an internet-enabled device in order to complete the survey.

A second conclusion was that further expansion of PrEP is needed, with prevention efforts focusing on education and outreach to various high-risk groups, particularly Black, Hispanic, and young MSM. This conclusion has been echoed in a recent commentary on the updated USPSTF PrEP guidelines, which noted the predominant use of PrEP by non-Hispanic white MSM, with lower rates of use among African Americans and young men.7 The commentary’s authors also highlighted barriers to PrEP use and called for greater outreach to other marginalized and stigmatized communities at high risk of HIV—such as PWID, people living in poverty, and people who are homeless—to substantially reduce new HIV cases in the United States. To fully understand changes in the continuum of PrEP uptake, future studies will need to include a greater diversity of PrEP-eligible individuals.

A few studies have examined the awareness and use of PrEP among PWID. In a recent cross-sectional survey of 265 PWID without HIV at the Baltimore Syringe Services Program, Dr. Susan G. Sherman and colleagues from Johns Hopkins Bloomberg School of Public Health found that only 25 percent of respondents were aware of PrEP, but 63 percent expressed interest in taking PrEP when they learned about it.8 The interest was particularly high among respondents who were eligible for PrEP based on behavioral criteria established by the Centers for Disease Control and Prevention (e.g., use of shared injection equipment) or had other contributing risk factors, such as homelessness. Yet only two of the respondents were already taking PrEP. According to the researchers, the gap between PrEP awareness and the willingness to take PrEP suggests that PWID recognize that they are at high risk of HIV; accordingly, targeted education about PrEP would likely increase uptake in this group. Interestingly, the researchers also found that 89 percent of their study participants felt that taking PrEP every day would be easy, despite the high rate of financial and housing insecurity in this population.

As with MSM in general, PrEP awareness may be even lower in certain subgroups of PWID, including groups who are disproportionally affected by HIV. In a study by Dr. Matthew Garnett and colleagues at Columbia University of 1,673 Black MSM and transgender women who use substances, only 18.2 percent of participants were aware of PrEP.10 Most of the study participants reported financial instability, homelessness, and unemployment that likely contributed to the knowledge gap.

Health care providers’ concerns about adherence to a daily treatment regimen among PWID may be another reason why PrEP is still uncommon in this high-risk group. Dr. E. Jennifer Edelman from Yale University and colleagues from several institutions surveyed 250 primary care providers about their willingness to prescribe PrEP to potentially eligible patients using a series of clinical scenarios.9 Survey respondents were least willing to prescribe PrEP to PWID, particularly if the individual recently underwent methadone treatment. Providers who cared for a greater number of patients with HIV were more willing to prescribe PrEP to PWID, suggesting a need for provider education.

Although Dr. Sullivan and his team have identified significant progress in recent years in PrEP awareness, willingness to use, and use among eligible people, levels of PrEP use are still far below the levels needed to substantially lower the number of new HIV cases. Education to raise PrEP awareness as well as efforts to improve access by overcoming systemic barriers—especially those facing marginalized and disadvantaged groups at high risk of HIV—are therefore urgently needed. To understand and address gaps in PrEP awareness and use, it will also be essential to conduct large, national studies that more accurately represent the at-risk populations in terms of both demographic and behavioral factors.

Another way to enhance willingness to use and use of PrEP may be the introduction of long-acting compounds that do not need to be taken daily. Clinical trials sponsored by the National Institutes of Health are currently evaluating the effectiveness of an investigational long-acting form of the HIV drug cabotegravir, which only needs to be administered once every 8 weeks by injection. These trials compare the effectiveness of long-acting cabotegravir in preventing HIV transmission with that of the traditional daily PrEP regimen both in MSM and in women. Preliminary findings indicate that the long-acting PrEP outperforms the daily PrEP regimen in both populations.11,12 The availability of such a long-acting compound and the associated convenience for patients may help enhance PrEP uptake in at-risk populations and support the public health goal of substantially reducing HIV transmission.

More information on PrEP and the results of studies on long-acting PrEP are available on the following sites.

NIDA. 2021, March 17. Awareness and Use of Pre-Exposure Prophylaxis for HIV Rise in At-Risk Groups, But Not Enough. Retrieved from https://nida.nih.gov/news-events/nida-notes/2021/03/awareness-use-pre-exposure-prophylaxis-for-hiv-rise-in-at-risk-groups-but-not-enough

NIDA. "Awareness and Use of Pre-Exposure Prophylaxis for HIV Rise in At-Risk Groups, But Not Enough." National Institute on Drug Abuse, 17 Mar. 2021, https://nida.nih.gov/news-events/nida-notes/2021/03/awareness-use-pre-exposure-prophylaxis-for-hiv-rise-in-at-risk-groups-but-not-enough

NIDA. Awareness and Use of Pre-Exposure Prophylaxis for HIV Rise in At-Risk Groups, But Not Enough. National Institute on Drug Abuse website. https://nida.nih.gov/news-events/nida-notes/2021/03/awareness-use-pre-exposure-prophylaxis-for-hiv-rise-in-at-risk-groups-but-not-enough. March 17, 2021