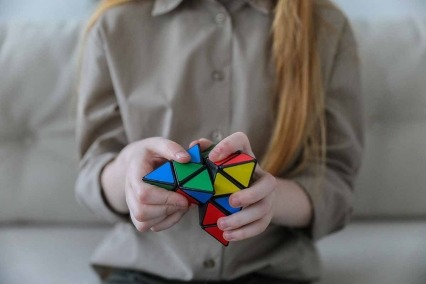 Many adolescents and young children regularly drink beverages that contain caffeine. In the United States, children ages 2 to 12 years consume an average of 37 mg of caffeine per day. In adults, consumption of less than 400 mg of caffeine per day—roughly the amount found in 4 cups of coffee, 10 cans of cola, or 2 energy shot drinks—is not thought to present any health risks and may provide benefits such as improved concentration, alertness, or even athletic performance. Higher doses, however, can adversely affect mood, sleep, and physical and cognitive performance. Children have lower tolerance for caffeine than adults, making their access to caffeinated beverages such as cola and energy drinks particularly concerning. A new study supports these concerns, demonstrating that caffeine consumption during childhood can impede children’s cognitive function.

Dr. Anqi Qiu and colleagues from the Department of Biomedical Engineering at the National University of Singapore investigated the effects of caffeine intake on cognitive functioning in almost 12,000 children ages 9 to 10 years who participate in the NIDA-funded Adolescent Brain Cognitive Development (ABCD) study. This longitudinal cohort study examines potential relationships between substance use and neurocognition in U.S. children and adolescents. In their analysis, Dr. Qiu and colleagues included children for whom data on caffeine consumption were available, as well as results on seven tests assessing:

Direction of causation cannot be determined from a simple association, and it is conceivable that children who already have greater cognitive challenges consume more caffeine, but the results raise the possibility that caffeine intake may negatively influence cognitive development in children. This is a significant public health concern because of the large number of children who regularly consume caffeinated drinks. “As beverages with caffeine are consumed frequently, controlling their intake may reduce a risk for nonoptimal cognitive development in children,” says Dr. Qiu, the study’s senior author. She adds, “Thus, from a public health perspective, we advise parents to control their children’s intake of beverages with caffeine as a precaution to reduce the risk of interference with normal cognitive development.” She also notes that further study is required to explore the complex pharmacologic and neural mechanisms of caffeine in the body to better understand its effects on each specific cognitive function.

There were four sociodemographic factors and sleep, indicated in gray. For socioeconomic status (row 1), the correlation value with caffeine intake was about -0.5 (medium blue), for sleep (row 2), it was about +0.1 (very light pink), for age (row 3) it was about +0.3 (darker pink), and for gender (row 4) it was about -0.2 (light blue).

There were two crystallized cognitive skills, indicated in green. For vocabulary comprehension (row 5) the correlation value was about -0.4 (medium blue) and for reading (row 6) it was about -0.2 (light blue).

There were five fluid cognitive skills, indicated in purple. For inhibition control (row 7), the correlation value was about -0.1 (very light blue), and, for working memory (row 8), cognitive flexibility (row 9), processing speed (row 10), and episodic memory (row 11) it was about -0.2 (light blue).