These studies found that: 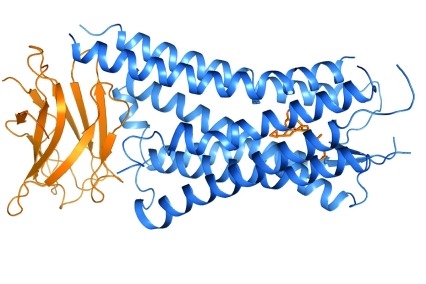 Manipulation of kappa opioid receptors (KORs) reduced cocaine and opioid self-administration in two NIDA-sponsored studies using animal models, pointing to a likely role of these receptors in the neurobiology underlying drug use disorders. Dr. Marta Valenza, Dr. Kyle A. Windisch, and colleagues at Rockefeller University showed that a selective, short-acting KOR antagonist could lower cocaine self-administration in rats, whereas Dr. Kevin Freeman; his graduate student, C. Austin Zamarripa; and other colleagues at the University of Mississippi Medical Center and from other institutions demonstrated that KOR activation with a KOR agonist could reduce oxycodone self-administration in rhesus monkeys.

There are currently no approved pharmacological treatments for psychostimulant (i.e., cocaine and methamphetamine) use disorders. However, researchers know that in rodents, the levels of KORs and of dynorphins—signaling molecules that bind to KORs—increase in various brain areas after chronic cocaine exposure, making the receptor a potential treatment target. The Rockefeller team previously demonstrated that treating rats with the selective and relatively short-acting KOR antagonist LY2444296 reduced some of the negative withdrawal effects following chronic extended-access cocaine self-administration.

In the new study, the team studied the effects of a related compound, LY2540240, on cocaine intake in rats that could self-administer cocaine for 18 hours per day for 2 weeks, and then again during a single re-exposure session following a 54-hour abstinence period. This design was chosen to mimic experiences of cocaine-dependent individuals following medical or legal interruption of drug taking. Half of the animals were treated with LY2540240 just before their self-administration sessions in the second week and before the re-exposure session.

The analyses found that the LY2540240-treated rats administered less cocaine during the second half of each session, but not during the first 9 hours (Figure 1). The researchers concluded that the KOR antagonist may not fully abolish cocaine self-administration but may reduce the escalation of intake that typically occurs during dependence. Additionally, the KOR antagonist significantly reduced cocaine self-administration during the re-exposure session after 54 hours of forced abstinence (Figure 2).

Dr. Valenza says, “This is the first report on the effect of a selective short-acting KOR antagonist in cocaine self-administration and re-exposure after withdrawal.” She emphasizes that the findings are useful for elucidating the neurobiology of addiction, which ultimately is the basis for the development of new treatment approaches. Dr. Windisch agrees, saying, “These studies demonstrate the potential utility of short-acting KOR antagonists for treating some aspects of cocaine dependence, including escalated consumption, negative withdrawal states, and binge re-exposure.” She adds, “The broader implications of these results for the field are that the 18-hour extended access self-administration paradigm is a valuable tool for testing potential psychostimulant treatments aimed at treating drug dependence, including tolerance, escalated consumption, and circadian disruptions.”

The significance of KORs in drug use disorders is also supported by the findings of Dr. Freeman and colleagues, who in separate tests combined two KOR agonists—salvinorin A and nalfurafine—with the prescription opioid oxycodone to determine their effects on oxycodone self-administration in rhesus monkeys. Salvinorin A is a typical KOR agonist that produces aversive effects and is associated with side effects that limit its clinical usefulness in preventing drug misuse. Nalfurafine is a KOR agonist already approved for clinical use in Japan to treat intractable itch, and a previous study found that combining nalfurafine with oxycodone can reduce the opioid’s abuse liability and respiratory depression risk in rats while maintaining its pain-relieving effects.

Dr. Freeman says, “These results tell us that next-generation KOR agonists like nalfurafine that don’t produce kappa-typical side effects may retain effectiveness at counteracting the misuse-related effects of mu opioid receptor agonists like oxycodone.” He adds, “An oral formulation of an oxycodone/nalfurafine combination appears highly feasible and testable in humans in the near future, given nalfurafine’s current use as an orally administered therapeutic in Japan.”

NIDA. 2021, April 5. Targeting the Kappa Opioid Receptor to Reduce Drug Use and Relapse. Retrieved from https://nida.nih.gov/news-events/nida-notes/2021/04/targeting-kappa-opioid-receptor-reduce-drug-use-relapse