Medications, including buprenorphine (Suboxone®, Subutex®), methadone, and extended release naltrexone (Vivitrol®), are effective for the treatment of opioid use disorders. 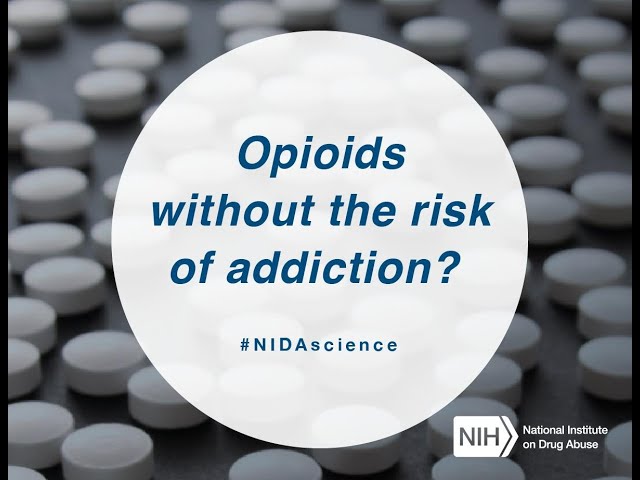 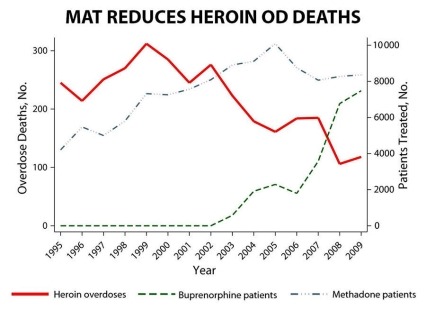 MAT Increases social functioning and retention in treatment.4,5 Patients treated with medication were more likely to remain in therapy compared to patients receiving treatment that did not include medication.4

Treatment of opioid-dependent pregnant women with methadone or buprenorphine Improves Outcomes for their babies; MAT reduces symptoms of neonatal abstinence syndrome and length of hospital stay.7

In November 2017, the U.S. Food and Drug Administration approved Sublocade™, the first once-monthly buprenorphine injection for moderate-to-severe opioid use disorder in adult patients who have initiated treatment with the transmucosal buprenorphine-containing products. This medication, in addition to Probuphine®, an implantable buprenorphine formulation approved in May 2016, eliminate the need for daily dosing and improve treatment retention. Read the Director's blog - Probuphine: A Game-Changer in Fighting Opioid Dependence.

The emergency department (ED) provides a prime opportunity to screen patients for opioid use disorder and initiate MAT. Patients who initiate MAT in the ED are more than twice as likely to remain engaged in treatment compared to patients referred for treatment. Read the JAMA article - Emergency Department–Initiated Buprenorphine/Naloxone Treatment for Opioid Dependence

Medications are Not Widely Used

Less than 1/2 of privately-funded substance use disorder treatment programs offer MAT and only 1/3 of patients with opioid dependence at these programs actually receive it.8

Methadone and buprenorphine DO NOT substitute one addiction for another. When someone is treated for an opioid addiction, the dosage of medication used does not get them high–it helps reduce opioid cravings and withdrawal. These medications restore balance to the brain circuits affected by addiction, allowing the patient’s brain to heal while working toward recovery.

Diversion of buprenorphine is uncommon; when it does occur it is primarily used for managing withdrawal.11,12 Diversion of prescription pain relievers, including oxycodone and hydrocodone, is far more common; in 2014, buprenorphine made up less than 1 percent of all reported drugs diverted in the U.S.13

Vaccines currently under development target opioids in the bloodstream and prevent them from reaching the brain and exerting euphoric effects.

Improving Treatment Delivery - Researchers are exploring how the health care system can reach more people in need of treatment and helping providers understand which treatments will be most effective for which patients.

Reaching Justice-Involved Youth -  NIDA-funded research is aimed at identifying the most effective strategies for improving the delivery of evidence-based prevention and treatment services for youth through our Juvenile Justice Translational Research on Interventions for Adolescents in the Legal System (JJ-TRIALS) initiative. Read more about Justice System Research Initiatives.

If you or someone you care about has an opioid use disorder, ask your doctor about available MAT options and about naloxone, an opioid antagonist that can reverse an opioid overdose.