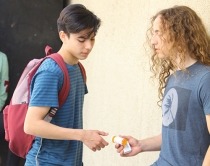 Heroin is an Opioid

Heroin is an addictive illegal drug made from morphine, a natural substance that is found in the seed pod of opium poppy plants in Southeast and Southwest Asia, Mexico, and Colombia. It is a type of opioid. Heroin can come in powder form or as a black sticky substance. Heroin can be injected, sniffed, snorted, or smoked.

What is the connection between prescription opioids and heroin?

Prescription pain relievers and heroin are chemically similar and produce similar effects. You can become addicted to both and overdose on both. Some people get addicted to prescription opioids and then switch to heroin. Others simply start using heroin.

More recent data suggest that heroin is frequently the first opioid people use. In a study of those entering treatment for opioid use disorder, approximately one-third reported heroin as the first opioid they used regularly to get high.7

What are the effects of heroin on the brain, body, and behavior?

Just like other opioids, heroin binds to the opioid receptors in the brain and body, causing euphoria and relieving pain. This means that the short-term and long-term effects will be similar to those experienced from prescription opioids. However, people who inject heroin can also experience collapsed veins.

Additionally, people who inject drugs increase their risk of getting HIV or hepatitis C. These diseases are passed from person to person through blood and other bodily fluids. When people share needles or other drug equipment, they can come into contact with these fluids. HIV, and less often hepatitis C, can also be spread through unprotected sex.

What are the most commonly used prescription opioids?

How do opioids affect the brain and make people feel high?

Opioids attach to and activate opioid receptors located in many areas of the brain, spinal cord, and other organs in the body, especially those involved in feelings of pain and pleasure.

When opioids attach to these receptors, they block pain signals sent from the brain to the body and release large amounts of dopamine in the brain’s reward regions. Dopamine is the chemical responsible for motivating our actions and repeating pleasurable experiences. This release can strongly reinforce the act of taking the drug, making the user want to take the drug again and again despite negative consequences.

What are the health effects of opioids?

In the short-term, opioids can relieve pain and make people feel relaxed. However, opioids can also have harmful effects, including:

Over time, opioid use and misuse can lead to insomnia, muscle pain, heart problems, pneumonia, and addiction.

How do people use opioids?

Prescription opioids are prescribed by doctors to treat pain and other health issues, such as controlling coughs and diarrhea. When used as prescribed and for a short time, opioids are relatively safe. But when they are misused, they can be dangerous.

Some opioids, like heroin, aren’t available by prescription. People use these drugs just to get high.

How many teens misuse opioids?

According to NIDA’s annual Monitoring the Future Survey of 8th, 10th, and 12th graders, the use of one popular prescription opioid, Vicodin®, has been decreasing since 2009.8 In 2018, 1.7 percent of 12th graders misused Vicodin. These declining numbers likely reflect the hard work of parents and local community public health experts. However, opioid misuse rates increase after the age of 18, so it is critical to talk with teens early and frequently, to reinforce these health messages as they prepare to leave home and start their adult lives. For more information, please visit NIDA’s Drug and Alcohol Use in College-Age Adults in 2017 infographic.

Why do young people use opioids?

Curiosity, peer pressure, and the desire to fit in with friends are common reasons that preteens and teens start misusing opioids. For some, opioid use begins as a way of coping with anxiety, anger, depression, or boredom. Preteens, and teens in particular, may struggle with depression and anxiety but do not recognize it or want to talk about it. Parents often assume there is nothing wrong if their children do not discuss their feelings. Being high can be a way of simply avoiding the problems and challenges of growing up. Parents, grandparents, and older siblings are models who children follow, and research suggests that family members’ use of alcohol and drugs plays a strong role in whether a young person starts using drugs, such as opioids.

Addiction means a person continues to seek and take the drug despite negative consequences. All aspects of the teen environment—home, school, and community—can influence if they will try, or even become addicted to drugs.

NIDA. 2020, June 3. Want to know more? Some FAQs about Opioids. Retrieved from https://nida.nih.gov/publications/opioids-facts-parents-need-to-know/want-to-know-more-some-faqs-about-opioids