HIV/AIDS Research Report
Who Is at Risk for HIV Infection and Which Populations Are Most Affected?

Anyone can contract HIV, and while IDUs are at great risk because of practices related to their drug use, anyone who engages in unsafe sex (e.g., unprotected sex with an infected partner) could be exposed to HIV infection. However, while all groups are affected by HIV, some are more vulnerable than others, as summarized below.

Men Who Have Sex with Men

Gay or bisexual MSM are the most severely affected population. MSM account for just a small fraction (2 percent) of the total U.S. population, yet nearly two-thirds of all new infections occurred within this group in 2009, and one-half of all people living with HIV in 2008 were MSM. MSM within ethnic minority populations are at greatest risk (see “Ethnic Minorities,” below).

Diagnosis of HIV Infection among Adults and Adolescents, by Transmission Category (2010)*

Injection drug use has long been associated directly or indirectly with approximately one-third of AIDS cases in the United States. The fact that IDUs made up only 8 percent of new HIV infections in 2010 versus 23 percent in 1994–2000 demonstrates the progress made in HIV prevention and treatment within this population. Still, much work remains; while there may be fewer new infections among IDUs, in 2009, nearly one-half of those who were HIV+ were unaware they were infected.18

Hepatitis C and Co-Infection with HIV

Hepatitis C virus (HCV), a leading cause of liver disease, is highly prevalent among injection drug users and often co-occurs with HIV. In the United States, an estimated 3.2 million people are chronically infected with HCV,22 with injection drug use being the main driver. Nearly one-quarter of HIV patients and over one-half (50–80 percent) of IDUs are infected with both viruses. Chronic HCV and HIV co-infection results in an accelerated progression to end-stage liver disease, with HCV infection being a leading cause of non–AIDS-related deaths among HIV+ individuals.

Injection drug use, HIV, and HCV create a complicated tapestry of ailments that present a variety of challenges to healthcare providers. Although HAART medications can effectively treat people infected with HIV, HAART provides only modest benefit for co-occurring HCV. HCV infection, like HIV infection, can be successfully managed if detected early. The newer HCV medications boceprevir and telaprevir — approved by the U.S. Food and Drug Administration (FDA) in 2011 — increase cure rates and decrease treatment length when combined with standard HCV drug regimens,23 but they must be carefully coordinated with HAART for those co-infected. The added burden of drug addiction further complicates treatment regimens.

Heterosexual contact with an HIV+ partner accounted for over one-quarter of all new infections in 2010 and is the main way that women contract the virus (see figure), especially within ethnic minority communities. Regional variations of HIV incidence in women have changed over time. In the early years of the epidemic, incidence in women predominated in the Northeast, but infection rates and mortality have been steadily increasing in the southern United States.19 Although injection drug use has declined as a means of HIV transmission over recent years, it is still responsible for 14 percent of HIV diagnoses in women. A recent study conducted by the Massachusetts Department of Public Health reported 40 percent of White women contracted HIV through injection drug use.20 Another factor contributing to HIV disease in women is trauma. Trauma resulting from sexual or physical abuse experienced during childhood or adulthood is increasingly associated with rising prevalence of HIV infection and poor health outcomes in HIV+ women.21 Comprehensive HIV treatment regimens that include mental health services are critical for this population.

Diagnosis of HIV Infection among Adults and Adolescents, by Sex and Transmission Category (2010)

HIV surveillance data show that the rates of new HIV infection are disproportionately highest within ethnic minority populations. African- Americans account for a higher proportion of HIV infections than any other population at all stages of the disease from initial infection to death (see text box). Moreover, specific minority subgroups are at particular risk. Nearly two-thirds (64 percent) of new HIV infections among MSM occurred in minority men (Black/African-American, Hispanic/Latino, Asian/Pacific Islanders, and Native American/ Hawaiian). In addition, young minority men (13–24 years old) had the greatest increase (53 percent) of HIV infections of all groups studied between the years 2006 and 2009, occurring predominantly in the South. 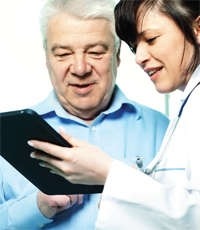 The Hispanic population accounted for 1 in 5 new HIV infections in the United States in 2009 — a rate 3 times that of the White community. A number of factors contribute to the high levels of HIV infection within this community, including the country of birth. For example, there is a substantially larger proportion of HIV infections attributed to injection drug use for Hispanic men born in Puerto Rico than anywhere else. Such differences underscore the need for interventions that are socially and culturally tailored for specific populations.

Young people are also at risk for HIV infection. Approximately 9,800 people aged 13–24 were diagnosed with HIV in 2010, representing 20 percent of newly diagnosed cases, with the highest rate occurring among those aged 20–24. Particular HIV risk behaviors within this age group include sexual experimentation and drug abuse, which are often influenced by strong peer group relationships. Compounding this vulnerability is “generational forgetting”: Studies show that today’s youth may be less likely to perceive the dangers associated with HIV than are older Americans, who witnessed a higher AIDS mortality rate associated with the rapid progression from HIV to AIDS in the early years of the epidemic.

Sixteen (16) percent of new diagnoses of HIV infection in the United States in 2010 occurred among individuals over the age of 50, and this number has been increasing for the past 11 years.26 Some older persons do not believe they are at risk and thus engage in unsafe sexual practices. The problem is further exacerbated by healthcare professionals who underestimate the vulnerability of this population.

The growing number of people contracting HIV later in life, combined with the prolonged survival made possible by HAART, has contributed to an increasing number of people over the age of 50 living with HIV. This trend will continue, and by 2015, the over-50 population is predicted to represent one-half of all HIV/AIDS cases.27 The aging population presents a variety of treatment challenges. Older adults progress more rapidly to AIDS, have a greater number of age-related comorbidities (e.g., cardiovascular disease, limited mobility), and report smaller support networks than their younger counterparts.28

The criminal justice system is burdened with a significant population of HIV-infected individuals that can be 2 to 5 times larger than that in the surrounding community.29 An estimated 1 in 7 HIV+ individuals living in the United States passes through this system each year.30 The criminal justice system is also burdened with significant substance abuse, with about one-half of Federal and State prisoners meeting the criteria for drug dependence or abuse.31 Yet, few offenders are screened for HIV,32 or receive treatment for substance abuse and other mental illness while incarcerated. This situation is further exacerbated upon reentry when released offenders often lack health insurance and fail to be linked to continuing treatment programs within the community. NIDA is helping to address these challenges by researching the best ways to identify and help prisoners get treatment for both drug addiction and HIV while incarcerated and in the community after release.

The Differential HIV Experience of African-Americans

The causes of this HIV health disparity are complex. HIV infection prevalence is higher and more broadly represented in the African- American community compared to the White population; thus African-Americans are at increased risk of infection simply by choosing intimate partners within their own ethnic communities.24 Additionally, African-American communities experience high rates of other sexually transmitted infections, and some of these infections can significantly increase the risk of contracting HIV. African-Americans also tend to be diagnosed at later stages in the disease and therefore begin therapy later, increasing the length of time of their infectivity. Once engaged in HAART, African-Americans are more likely to discontinue therapy prematurely,25 risking resurgence of HIV infectivity and further health complications.

To address these disparities, NIDA is encouraging research that expands and coordinates prevention and treatment strategies across Federal agencies and within communities to more effectively identify persons at risk and link them to the help they need. Additional efforts are being made to promote healthy lifestyle choices, safe sexual practices, and HIV and substance abuse treatment adherence in a way that is culturally relevant for the African-American community.

Text Description: Diagnosis of HIV Infection Among Adults and Adolescents, by Sex and Transmission Category (2010) Graph

NIDA. 2020, June 9. Who Is at Risk for HIV Infection and Which Populations Are Most Affected?. Retrieved from https://nida.nih.gov/publications/research-reports/hivaids/who-risk-hiv-infection-which-populations-are-most-affected

NIDA. "Who Is at Risk for HIV Infection and Which Populations Are Most Affected?." National Institute on Drug Abuse, 9 Jun. 2020, https://nida.nih.gov/publications/research-reports/hivaids/who-risk-hiv-infection-which-populations-are-most-affected

NIDA. Who Is at Risk for HIV Infection and Which Populations Are Most Affected?. National Institute on Drug Abuse website. https://nida.nih.gov/publications/research-reports/hivaids/who-risk-hiv-infection-which-populations-are-most-affected. June 9, 2020