The Reward Circuit: How the Brain Responds to Marijuana

Learn about the brain reward system and the biochemical processes that occur during marijuana use. 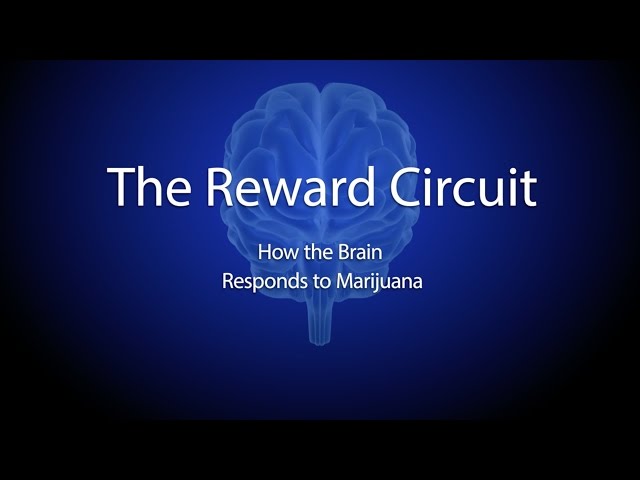 Dopamine transporters and the presynaptic neuron are not the only things that control how much dopamine is released, or how often.

For example, an inhibitory neuron near the dopamine presynaptic cell can reduce the amount of dopamine delivered to the synapse by releasing the neurotransmitter GABA.

Endocannabinoids like dopamine bind to specific receptor proteins located on the surface of some cells.

Depending on its current level of activity the presynaptic dopamine neuron can produce endocannabinoid molecules.

These molecules bind to cannabinoid receptors on the adjacent GABA neuron reducing the amount of GABA it releases.

Inhibiting GABA neurons in this way boost the dopamine signal in the reward synapse.

Endocannabinoid and other mechanisms that regulate dopamine activity help the brain develop, learn, adapt, and navigate a complex world.

Endocannabinoids are molecules that closely resemble the main chemical in the cannabis plant, delta nine tetrahydrocannabinol or THC.

Because THC is so similar to the brain's own and a cannabinoid such as Anandamide, or 2-AG, smoking marijuana directly affects the brain of the user.

When someone smokes marijuana THC molecules quickly reach the brain.

There, THC competes with the brain's endocannabinoids to bind with cannabinoid receptors on neurons that regulate dopamine activity.

Among other effects, THC reduces the release of GABA in the striatum.

This reduction in turn causes nearby dopamine neurons to release more dopamine.

Marijuana use can have far-reaching consequences in the user’s brain.

THC can activate cannabinoid receptors found throughout the brain, altering healthy communication within the brain and with the rest of the body.

This can affect emotions, movement, learning, memory, and decision making.

Using marijuana frequently, especially during adolescence, over stimulates the reward system and can change the brain's actual wiring.

Such use can lead to addiction and other mental illnesses.