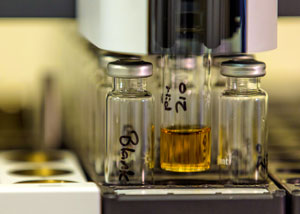 Last week, the Food and Drug Administration (FDA) approved Epidiolex® (cannabidiol, or CBD), a medication extracted from marijuana, for the treatment of two severe pediatric seizure disorders, Lennox-Gastaut syndrome and Dravet syndrome. CBD is a compound typically found in very small quantities in the marijuana plant, and it has been of interest to scientists and the public for several years due to its anti-seizure properties and other possible therapeutic benefits. The approval comes at the end of a four-year series of trials showing the benefits of CBD in relieving the symptoms of these seizure disorders, which are highly resistant to existing treatments.

Lennox-Gastaut and Dravet syndromes are extremely debilitating. Children often suffer multiple seizures per day, they are likely to have developmental problems and are at high risk for early mortality. For several years, desperate parents with children suffering from these disorders sometimes relocated to states where marijuana had been legalized to obtain CBD oils, since this compound had been reported anecdotally to be helpful. But since medical marijuana products are still not subject to the same federal safety regulations that govern pharmaceuticals, there is no guarantee that CBD oils are accurately labeled or do not contain contaminants; also, with such products it may not be possible for a patient or their caregivers to accurately control the dosage or even know what dosage is being administered. Epidiolex, an oral solution expected to be available to patients in Autumn, 2018, will be safer and more reliable than CBD products currently available through marijuana dispensaries or on the Internet.

In 2014, GW Pharmaceuticals, an UK-based company specializing in cannabinoid-based medicines, obtained Fast Track designation for their medication from the FDA, to accelerate the development of a medication capitalizing on CBD’s anti-seizure properties. Three randomized clinical trials were conducted with 516 children who had either Lennox-Gastaut syndrome or Dravet syndrome. In April of this year, an FDA advisory committee consisting of experts from around the country (including a representative from NIDA’s Division of Therapeutics and Medical Consequences) assessed the evidence from the trials and voted unanimously to recommend approval of Epidiolex®, given its effectiveness at reducing the frequency of seizures (compared to a placebo) and the fact that the drug appears safe, with mild or infrequent side effects that are far outweighed by its benefits.

Epidiolex® is the first FDA-approved medication made from a purified extract of the marijuana plant. Two other FDA-approved medications, dronabinol and nabilone (used to treat nausea caused by chemotherapy and to boost appetite in patients with AIDS, respectively), contain synthetic versions of THC, the compound in marijuana that causes the high and is responsible for its addictiveness as well as most of its other effects in the brain. Disentangling the impairing effects of THC from its potentially therapeutic properties (for instance in treating pain and nausea) has been a challenge in developing safe medications that target the body’s endocannabinoid system. CBD, which interacts with other signaling systems and does not have the same impairing or euphoric side effects, faces fewer safety hurdles. Another marijuana-based medication made by GW Pharmaceuticals, Sativex®, consists of equal parts THC and CBD and is approved in the UK to treat spasticity, neuropathic pain, and other symptoms of multiple sclerosis; it has not been approved in the US.

can consuming normal dosage of 20-100 mg of cbd oil cause a positive thc result? since many cbd products do contain small amts of thc.

Since the CBD oil purchased

Submitted by NIDA on July 10, 2018
Since the CBD oil purchased from dispensaries or on the Internet is not pharmaceutical grade, and there are diverse approaches to regulating these products in different states, it is possible that there could be enough THC in a product to produce a positive test for the drug. The FDA has found widely varying THC content in cannabidiol-related products and has issued warnings to some manufacturers.

CBD fine, but psychoactive marijuana a medicine or a curse?

Rampage killings continue to perplex society, yet new information regarding the high school massacre in Florida earlier this year is enlightening. The perpetrator has essentially diagnosed himself and is offering this information gratis. If only anybody would listen.

He smoked "a lot of marijuana", heard "demons" (his words) and those demons told him to kill and destroy. The world scratches its head wondering why this evil keeps happening, yet this same record involving marijuana, mental 'issues' and subsequent killing plays over repeatedly. Courtrooms are full of similar confessions of mind alterations from using marijuana and other drugs that eventually culminate in heinous murders.

The use of marijuana can have multiple mental effects dependent upon potency, frequency and the nature of the individual indulging. Most will not have enduring negative consequences, some will have manageable psychiatric issues, while others may develop severe psychosis.

"Wonder" stories of using marijuana abound across the media, where users have life-altering experiences. Some see God, or develop artistic or musical creativity, etc. In fact, one claimed that by using marijuana just once, he seriously began rewriting the Bible!

Marijuana can have incredibly profound effects. And thus it should not be difficult to understand that the same, profound experiences might prompt some to massacre a high school or a Baptist church, or a nightclub, or bomb a marathon, or mow down people with a vehicle, or bring down airplanes?

Marijuana can induce extreme psychological alterations- some for good, some for evil. Yet NOBODY is getting this? 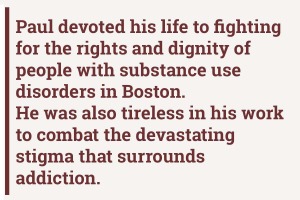