A Message from the Director on Racially Motivated Violence 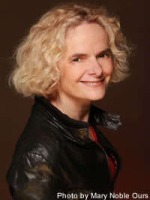 This is a painful week in the United States as we again confront the systemic racism that has plagued our country since its founding. Listening to the conversation on racism taking place right now in response to the recent violent deaths of African Americans is critical, and I encourage readers to hear what Black/African Americans are saying about their experiences.

NIH’s mission is to seek fundamental knowledge about the nature and behavior of living systems and the application of that knowledge to enhance health, lengthen life, and reduce illness and disability. Science has told us repeatedly that systematic, widespread discrimination of Black/African-American people is diametrically opposed to these aims, and what’s more, it is unacceptable and wrong.

The long history of discrimination against racial minorities in America bears directly on NIDA’s mission to address addiction as a disease rather than a moral failing to be dealt with through punishment. Whites and Black/African Americans use drugs at similar rates, but it is overwhelmingly the latter group who are singled out for arrest and incarceration. This use of drug use and addiction as a lever to suppress people of a particular race has had devastating effects on communities of color.

We know that science itself is at its best when it is most inclusive, and humans are best when we embrace diversity. Conversations about systemic racial inequalities can be uncomfortable but are clearly needed. Entrenched, systemic, pervasive racism is perpetuated by silence, and we cannot let it continue. I look forward to working with the addiction science community – researchers, the medical community, law enforcement, advocates, policymakers, other stakeholders and the public – to eradicate discrimination and promote equality.

At the genetic level, all humans are highly concordant. Diversity promotes a much richer human experience. However, due to partisan politics all this is occurring within the deteriorating US Incivility War. Under these circumstances our challenge is even greater.
Rich

Message from the Director

Thank you Dr. Volkow ~ We needed to hear from you. I am with you every step of the way, as I am sure all of us in this field must be. We all need to Stand Up and Speak Up. In Peace and Health, Teri

Thank you for using your platform to draw attention to the discriminatory enforcement of America's anti-drug policies. While we appreciate your acknowledgement that these policies are applied in a prejudicial manner, it's quite disappointing that you were unable—or unwilling—to acknowledge that much of this sad reality can be attributed you and NIDA's actions.

The public looks to you as a leader. When you make statements like "yes, tobacco is more harmful for cancer—but marijuana is more harmful as it disrupts who you are as a person", you're actively perpetuating a nearly century long history—which was actively planned and perpetuated by US bureaucrats and politicians—of using marijuana consumption as a racist and xenophobic dogwhistle.

Even if one were to ignore the fact that "harming your humanity" is not a valid scientific concept, the fact that you've used your tremendous influence to engage in fear-mongering and traffic in racist stereotypes is shameful. I encourage you to spend some time learning about the pernicious role racism played in drug policy (not just drug policy enforcement), reckon with the harms you've helped to perpetuate, and work to start making amends.

The concept of racism virus

Racism is a socially transmitted disease from generation to generation, and it has evolved and it is evolving. The racism virus is causing a pandemic of racism, and there is no treatment, and cannot be stopped. Racism like addiction is a disease.

Our researchers here at THCBD LLC (NJ based BioTech startup) agree 100% with Dr. VolKow's comments. Furthermore will we would like to point out that allowing Cannabis Sativa L. to say as a Schedule I Drug is a prohibition against science.
Schedule I does not allow cannabis researchers to advance cannabis science.
De-Schedule now!
All the best, Gaetano Lardieri, Cannabis Advocate and Entrepreneur, Founder THCBD LLC

So apropos- the fundmental problem is DRUGS!

Wholehearted agreement- just some issues with paragraph three.
Likely ‘classism’ more-so than racism is what haunts us. Economic growth can be an amazing antidote.
Addiction per se is not a crime! Treat addiction as a disease. Yes, Blacks and Whites use illicit drugs at similar rates. But arrest and incarceration derive from serious crimes- like robbery with dangerous weapons, vandalism, assault, drug dealing, repeat offenses, etc. Black Americans seem disproportionately arrested because cops are called to areas of real street crimes- which unfortunately happen to be disadvantaged communities. Let’s dispel the “marijuana possession mass incarceration” hoax.
Why is there so much violent crime in the inner cities? It’s DRUGS! Read news articles, police reports, etc; the connection to our drug culture is astonishing! Dealing, addiction, mental illness, whatever- many are simply not in their right minds. They rob, steal, resist arrest, carry weapons. Police will necessarily be harsh- with ANY ethnicity. BLM and the media cherrypick for political purposes.
Where is the drug demand? Turns out with some research and common sense, liberal/progressives (not monolithically) provide the disposable income and the demand that allows our drug culture to thrive! They’re the financiers of the veritable Latin American drug holocaust (seems racist to me), environmental destruction, the catalyst behind the opioid crisis, violence across America (drug gangs), ambush/murders of cops and the tragedy of the inner cities.
Let’s not be silent any more, be courageous and address the great American drug tragedy caused primarily by the progressive left.

I often read their messages and interview. In this last message, you reveal one of the several ill-intentioned open and covert goals of drug trade and use. Thank you.

Submitted by maureen martindale on June 15, 2020

Hello Dr. Volkow. I own an addiction treatment center in southern California. A portion of our counselors and some therapists are firm believers in the 12-Step abstinence model of addiction treatment, and... to be honest... they are not very open to MAT... Can you recommend some consultants that I can retain to help educate my resistant Clinical team ?

NIDA’s website has materials that show the crucial importance of medications in treatment for opioid addiction, including this: https://www.drugabuse.gov/publications/effective-treatments-opioid-addiction

The 2019 report by the National Academies of Science, Engineering, and Medicine, “Medications for Opioid Use Disorder Save Lives,” presents the evidence comprehensively: https://www.nap.edu/catalog/25310/medications-for-opioid-use-disorder-save-lives(a free pdf is available on that page).

Thank you Nora for writing about the importance of using terminology that helps avoids stigmatizing persons with addiction. As a professional working with addiction, I couldn't agree more.

NIDA. 2020, June 4. A Message from the Director on Racially Motivated Violence. Retrieved from https://nida.nih.gov/about-nida/noras-blog/2020/06/message-director-racially-motivated-violence