On World AIDS Day, Celebrating Scientific Advances and Confronting the Complexities of HIV and Substance Use

HIV is inextricably entwined with substance use. This fact is central to the development of new tools to prevent and treat HIV and the implementation science that informs how these tools can be successfully deployed in diverse communities around the world. On World AIDS Day (December 1), we applaud the substantial strides that scientific research has made to help prevent and treat HIV while recognizing the complex challenges that still need to be addressed. For more than three decades NIDA has supported research at the intersection of substance use and HIV, which has resulted in important advances in knowledge that has had clinical, public health and policy implications. 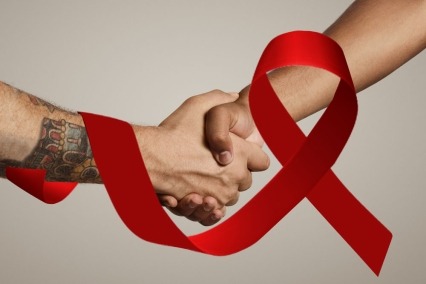 When the intersection of substance use and HIV is discussed, most people think about transmission among people who share injection equipment. In 2017, one in 10 new HIV diagnoses were among people who inject drugs, a 31% decrease since 2010. Harm-reduction programs like syringe service programs have been proven to decrease sharing of injection equipment and encourage hygienic practices. For example, according to findings from a NIDA-funded study published in 2015, the average monthly rate of new HIV cases among people who inject drugs in Washington, D.C., dropped by approximately 70 percent after the city implemented a syringe-services program in 2008.

NIDA’s HIV Research Program was established in 2004 to support the development, planning, and coordination of high priority research at the intersection of HIV and substance use disorders. View a timeline of key research findings since the program’s inception. 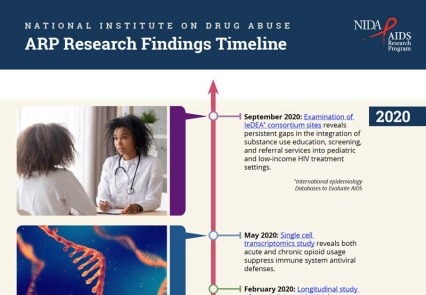 However, sexual behavior is also a critical yet often overlooked component of the complex relationship between HIV and substance use. Substance use affects behavior in ways that increase engagement in unprotected sex and increase the possibility of sexual transmission of HIV and other infections. Stimulants like methamphetamine increase libido while also decreasing impulse control and can increase unprotected sexual contact. This is particularly concerning as methamphetamine use rises in the United States, including among gay men and others who face higher risks for HIV. A recent study found methamphetamine use to be the single biggest risk factor for becoming HIV positive among gay and bisexual men. In some cases, people with a substance use disorder engage in survival sex, where sex is exchanged for shelter, food, or access to drugs.

Finding tools that work in the lives of people who need them, including people who use drugs, is imperative to ending the HIV epidemic in the United States and abroad. An array of choices for HIV prevention and treatment are needed, and they must be accessible, affordable, and desirable to the people who could benefit. Research has delivered two highly effective methods of HIV prevention: Daily oral pre-exposure prophylaxis, or PrEP, is 90 percent effective when taken as prescribed. Undetectable Equals Untransmittable (U=U), also known as treatment as prevention, means that people living with HIV who achieve and maintain an undetectable viral load by taking ART as prescribed cannot transmit HIV. Both of these strategies require taking a daily oral pill, which can be challenging for many people, including people who use drugs.

Research into long-acting methods of prevention and treatment hold great promise in alleviating the burden of taking daily medications. In November, an NIH-funded trial conducted in several African countries found that long-acting (8 weeks) injection of the already-approved HIV drug cabotegravir was safe and was more effective at preventing HIV in sexually active cis-gender women than daily oral pre-exposure prophylaxis, or PrEP. Another study found similar results earlier this year for long-acting injectable cabotegravir in cisgender men and transgender women who have sex with men.

We celebrate these advances, yet important research questions remain to help address real-world complexities of implementation. We must ensure that new HIV prevention tools are not only safe and effective but also desirable to individuals with complex needs including people who use drugs. NIDA is funding research on how to integrate the prevention and treatment of substance use and HIV in a way that addresses individual need and decreases stigma. For example, NIDA is supporting research to determine how to integrate PrEP into substance use disorder treatment, decrease delays in ART initiation for people who use drugs by addressing barriers including stigma on the part of many healthcare providers and practitioners, and understand how chronic drug exposure impacts the HIV reservoir in the brain.

Successful implementation of safe and effective tools to prevent and treat HIV and substance use disorders cannot occur without understanding and addressing social determinants of health. People at risk for or living with HIV and people with substance use disorders carry the burden of stigma perpetuated by society as well as stigma that is internalized or self-inflicted. Laws in the United States and in other countries criminalize aspects of exposing others to HIV, and enforcement of these laws often disproportionately impact Black Americans, similar to how enforcement of drug possession charges are brought disproportionately against Black Americans and other marginalized groups. Racism, poverty, discrimination against sex and gender minorities, and lack of access to healthcare all constitute social determinants of health. Research is needed to better understand how to address these complex issues and remove barriers to high quality care for substance use and HIV.

If we want to successfully leverage new biomedical advances for HIV prevention and treatment, we must address substance use and people with substance use disorders. Research to understand how best to implement tools in real-world situations for these individuals is an important first step. Today on World AIDS Day we honor the achievements of dedicated researchers, health care professionals, clinical trial participants, advocates, and members of the global community, and reaffirm NIDA’s commitment to a robust research agenda with findings that will hopefully one day result in a world without HIV.

NIDA. 2020, November 30. On World AIDS Day, Celebrating Scientific Advances and Confronting the Complexities of HIV and Substance Use. Retrieved from https://nida.nih.gov/about-nida/noras-blog/2020/11/world-aids-day-celebrating-scientific-advances-confronting-complexities-hiv-substance-use