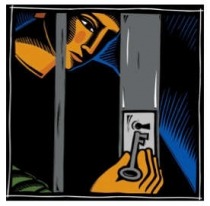 Every person entering the Rhode Island correctional system was screened for opioid addiction and those who needed it were provided with evidence-based medication assisted treatment (MAT), which included the drugs methadone, buprenorphine, or naltrexone. In addition, a system of 12 community-based Centers of Excellence in MAT were established to continue MAT therapy and provide support after their release from prison or jail.

In the first six months of 2017, when the program was fully implemented, only nine of 157 fatal overdoses (5.7 percent) in the state occurred among recently released inmates, compared to 14.5 percent of overdose deaths in the first six months of 2016, representing a 60.5 percent reduction in mortality. The authors emphasize that continued study of this program is needed. However, they are encouraged by these early findings, and noted that identification and treatment of opioid use disorder in criminal justice settings with linkage to medication and supportive therapy after release is a promising strategy to rapidly address the high rates of overdose and opioid use disorder in the community.

For a copy of the Research Letter, go to "Postincarceration Fatal Overdoses After Implementing Medications for Addiction Treatment in a Statewide Correctional System," published in JAMA Psychiatry.

More information can be found in the Principles of Drug Abuse Treatment for Criminal Justice Populations: A Research-Based Guide.