Children who grow up in poverty are vulnerable to a variety of health problems that often begin early in life and can persist across the life course. Childhood poverty’s ill effects can include deficits in the development of brain structures in the limbic system, including the hippocampus and amygdala. These structures contribute to learning, memory, mood, and responses to stress, and thus are crucial for academic functioning and social development. They have been implicated in addiction and other psychiatric disorders.

Dr. Gene H. Brody and colleagues at the Center for Family Research at the University of Georgia developed the parenting-focused Strong African American Families (SAAF) program with the aim of reducing the negative effects of poverty-associated life stresses on rural African American youths. Studies have demonstrated that SAAF improves participants’ self-control and reduces their propensity for drug use and conduct problems. Now, a new study suggests that SAAF can ameliorate poverty’s negative effects on limbic brain development.

Dr. Brody and colleagues used magnetic resonance imaging (MRI) to measure the volumes of the amygdala and hippocampus in two groups of 25-year-olds who had participated in a study of SAAF when they were 11 years old. One group had participated with their families in SAAF, while the others were assigned to a comparison group that was not exposed to SAAF. In addition to imaging the brain, the researchers also collected the 25-year-olds’ self-reports of levels of depression, cigarette smoking, and alcohol use, and used these data to assess potential correlations between psychosocial outcomes and limbic region volumes.

The brain images disclosed that, among the 25-year-olds whose families had not participated in SAAF, the left amygdala and left hippocampus were smaller in proportion to how much of their adolescence between ages 11 and 18 had been spent in poverty (see Figure). In contrast, among those who had participated in SAAF, the volumes of the limbic structures were relatively constant regardless of how much of their adolescence was spent in poverty. Across both groups, lower left hippocampal volumes correlated with higher levels of self-reported depression, and lower left amygdalar volumes were linked to increased cigarette smoking. No association was found between limbic-structure volumes and greater alcohol use.

Dr. Brody summarizes, “The study provides initial evidence suggesting that a family-oriented prevention program can reduce the effects of poverty on brain development. Fourteen years later, the youths who had participated in SAAF had larger hippocampal and amygdalar volumes than youths in the comparison group, despite having spent as many or more years in poverty.” These results are consistent with previous studies which have indicated that supportive parenting, a major focus of SAAF, might offset poverty-related risks to brain development. The results are particularly exciting because the SAAF program that appears to have achieved these long-lasting benefits consists of just seven 2-hour sessions. However, as the investigators noted, additional research will be required to substantiate the new findings. 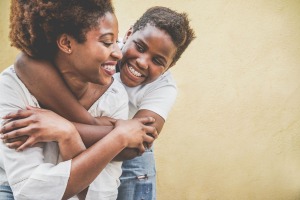 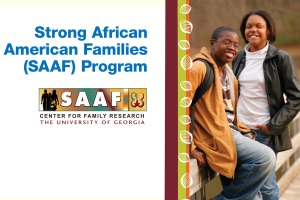 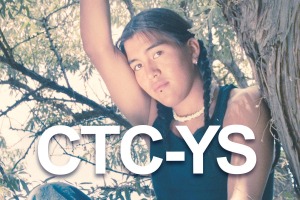 NIDA. 2018, January 24. A Family-Oriented Intervention May Reduce the Effects of Poverty on Brain Development. Retrieved from https://nida.nih.gov/news-events/nida-notes/2018/01/family-oriented-intervention-may-reduce-effects-poverty-brain-development

NIDA. "A Family-Oriented Intervention May Reduce the Effects of Poverty on Brain Development." National Institute on Drug Abuse, 24 Jan. 2018, https://nida.nih.gov/news-events/nida-notes/2018/01/family-oriented-intervention-may-reduce-effects-poverty-brain-development