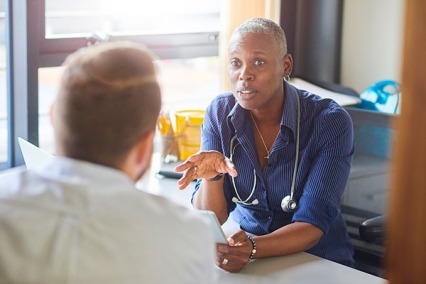 Opioid prescribing remains high in the United States compared with other countries, despite concerted efforts to educate providers and enforce evidence-based and appropriate prescribing practices. To better understand who in the United States is prescribing opioid medications, and how much, Dr. Mathew V. Kiang at Stanford University School of Medicine and colleagues from other institutions conducted a large, nationwide retrospective study of opioid prescribing practices from 2003 to 2017. They found that a small proportion of providers is responsible for a large percentage of all opioids prescribed.

The team analyzed information on 134 million opioid prescription claims from the Optum Clinformatics Data Mart, which contains data from a national private insurance provider that covered about 60 million nationally representative patients over the time period analyzed. For each prescriber in the database, the researchers examined the daily dose of opioids prescribed (standardized to morphine milligram equivalents [MME]), the number of opioid prescriptions filled, and the opioid dose for each prescription. Their analysis excluded buprenorphine prescribed for opioid use disorder and opioid drugs that are not usually prescribed in an outpatient setting, such as injectable or intravenous opioids. For comparison, they also analyzed prescribing patterns of benzodiazepines.

Dr. Kiang and his colleagues found that over the study period, on average, 669,495 providers wrote about 8.9 million prescriptions corresponding to 8.2 billion opioid MME to 3.9 million patients per year. This corresponds to more than 700 MME daily for each provider and more than 120 MME daily for each patient. However, the research team noted huge variations in prescribing practices. Specifically, nearly half (49 percent) of the opioid doses and 27 percent of the opioid prescriptions were from the top 1 percent of providers (see Figure). This skewed pattern in opioid prescribing was consistent from 2008 to 2017 and across all states.

Additionally, the top 1 percent of providers prescribed much higher opioid doses, with up to 49 percent of prescriptions exceeding the CDC-recommended daily threshold of 50 MME and up to 98 percent of prescriptions written for longer than the recommended threshold of 7 days. “While we expected some level of concentration, we were surprised at how extraordinarily concentrated opioid prescribing was, especially relative to other medications,” Dr. Kiang says. For example, prescribing patterns for benzodiazepines were much less disproportionate.

Based on their findings, Dr. Kiang and colleagues concluded that interventions aimed at promoting responsible opioid prescribing should target primarily high opioid-prescribing providers. These providers often prescribe higher opioid doses than recommended by CDC and for longer periods of time, which may place patients at increased risk of overuse, addiction, and overdose. Dr. Kiang explains, “The vast majority of U.S. providers are prescribing opioids consistent with CDC guidelines. This suggests that previous policies have largely worked and that future policies should not be based on thresholds but instead focus on the few high-prescribing providers and patients receiving opioid prescriptions.” Furthermore, the researchers noted that many of the top prescribers are from specialties that already receive training on appropriate opioid prescribing practices and seem to have established long-term relationships with their patients that focus on managing complex pain. Therefore, Dr. Kiang concludes, “Our findings suggest we need to move beyond just enforcement and focus on improving patient care, management of patients with complex pain, and reducing comorbidities.”

At the same time, Dr. Kiang cautions, “Our study did not assess clinical appropriateness of opioid prescribing. To inform interventions, future studies need to understand more about these high-prescribing providers and their patients and assess how best to reduce opioid prescribing.”

This research was supported by NIDA grant DA035165.

The graphs show the percentage of prescribers who are responsible for opioid and benzodiazepine prescriptions and doses prescribed. In both panels, a solid purple line represents the data for opioids and a dotted orange line represents the data for benzodiazepines. In both panels, the horizontal x-axis shows the cumulative top centile of prescribers on a scale from 0 to 100.