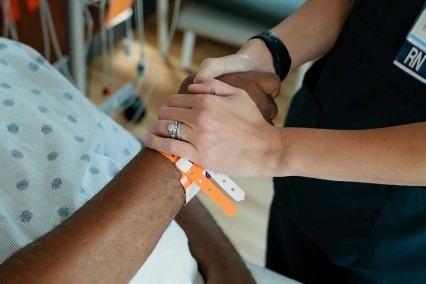 Dr. Elana S. Rosenthal from the Institute of Human Virology at the University of Maryland School of Medicine and colleagues from other institutions and organizations recently demonstrated, however, that offering treatment services for HCV and opioid use disorder (OUD) in the same facility can yield numerous clinical benefits for PWID. “In our clinical practice, we were seeing patients who had ongoing injection drug use but were very eager to access HCV treatment,” explains Dr. Rosenthal. She adds, “We believed that excluding them from treatment was unjust and discriminatory, and that denying HCV treatment to people who inject drugs would not only prevent them from getting potentially lifesaving therapy but could also alienate them from engaging in further medical care.”

The team’s study, A Novel Model of Hepatitis C Treatment As an Anchor to Prevent HIV, Initiate Opioid Agonist Therapy, and Reduce Risky Behavior (ANCHOR), was designed to investigate whether HCV treatment could serve as an opportunity to improve engagement in care and enhance initiation of medication therapy for OUD in this patient population. The ANCHOR trial included 100 participants who had HCV and OUD and currently engaged in injection drug use. All participants received sofosbuvir-velpatasvir therapy for 12 weeks to treat their HCV and were also offered buprenorphine throughout the study.

The researchers also observed that neither ongoing drug use nor imperfect adherence to the daily treatment regimen significantly affected HCV cure rates. Therefore, Dr. Rosenthal concludes, “Ongoing drug use, or concerns about adherence, should not be used as a justification to deny patients access to HCV treatment.”

The study provides strong evidence that all people who use drugs should have access to HCV treatment, regardless of ongoing drug use. Treating and curing HCV in PWID is critical for interrupting HCV transmission and achieving HCV elimination. However, to optimize care in PWID, healthcare providers must address the underlying cause of HCV—the OUD—by offering medications for OUD, such as buprenorphine. This can be facilitated by offering such therapy at the same locations as HCV treatment.

Dr. Rosenthal says, “The ANCHOR study demonstrates that a model of care collocating treatment of HCV and OUD results not only in high rates of HCV cure, but in uptake and retention of OUD treatment, as well. This model can be replicated in order to reduce HCV transmission and improve the overall health of people who use drugs."