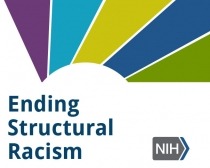 From racist violence to the disproportionate impact of COVID-19 on Black Americans, events of the past year have thrown a harsh light on the racial inequities that persist in our society. Unfortunately, science is not immune to these inequities. Black people and other groups that have been marginalized face an array of challenges beginning early in their educations, and fewer ultimately pursue scientific careers. Abundant research has demonstrated that Black people and other minorities who do become scientists are then hindered via unconscious biases that influence their success in their academic work.

Today, NIH Director Francis Collins announced UNITE, an NIH-wide initiative already underway to end structural racism in biomedical science. UNITE is led by five committees with experts from all 27 NIH institutes and centers, tasked with finding new ways to support diversity, equity, and inclusion. The aim is to dismantle any NIH policies and discontinue any practices in our science that perpetuate racism. NIH is also seeking input from the public and interested stakeholders outside NIH through various mechanisms, including a Request for Information (RFI) issued today. For more information, see the UNITE website.

NIDA fully shares the goal of dismantling structural racism in our science as well as addressing the long history and current ways in which racism has shaped approaches to addressing drug use and addiction. In July, I established NIDA’s Racial Equity Initiative to organize our efforts to eliminate racism in NIDA’s workplace, scientific workforce, and research portfolio. Workgroups of committed volunteers from across NIDA’s various divisions including our Intramural Research Program (IRP) in Baltimore were established to take action in each of these three areas. As an important initial investment, NIDA has committed $100M over the next 10 years to this initiative.

An extensive series of listening sessions has helped us identify areas of need in the NIDA workplace, impacts of racism on the NIDA research workforce, and research gaps in the NIDA portfolio. This led to expanding NIDA’s workforce development initiatives across a wider span of education and career stages, from raising awareness of science careers for K-12 students from underrepresented minority groups to promoting racial/ethnic diversity in professional societies. For example, we have established a pilot internship program that gives students involved with the University of Maryland, Baltimore County’s STEM BUILD initiative and Meyerhoff Scholars Program the opportunity to conduct research at labs in our IRP; STEM BUILD and Meyerhoff are both focused on enhancing diversity in the biomedical and behavioral sciences workforce. We also held a scientific meeting last month to help shape research initiatives around health disparities and the impact of racism on drug use and addiction outcomes.

The effects of punitive approaches to substance use must be a particular focus of our attention as we address structural racism and its impacts on health. As I wrote last summer, white and Black Americans use drugs at similar rates, but overwhelmingly it is Black people who are singled out for punishment. The disproportionate arrest and incarceration of Black people has multiple radiating adverse effects on Black families and communities, including contributing to health disparities. A new study in Lancet Public Health, for example, shows that incarceration is associated with early death from a range of causes. At the 2016 meeting of the United Nations General Assembly Special Session on drugs, the 193 member nations unanimously voted to recognize that substance use disorders should be approached as public health issues, not punished as criminal offenses.

We must take advantage of the momentum of this moment in history to dismantle the unacceptable structural racism that has slowed biomedical progress and that has perpetuated health disparities in our society. I stand with Francis Collins and NIH in dedicating NIDA to this important goal.