What is marijuana? What is cannabis?

Marijuana refers to the dried leaves, flowers, stems, and seeds from the Cannabis sativa or Cannabis indica plant. The terms cannabis and marijuana are often used interchangeably. Extracts from the plant can be made into hash oil or wax. Cannabis products contain the mind-altering chemical delta-9-tetrahydrocannabinol (THC). They can also contain more than 400 other chemicals.

How do people use marijuana?

People who use marijuana may roll loose marijuana leaves into a cigarette (called a joint) or smoke it in a pipe or a water pipe, often referred to as a bong. Some people mix marijuana into foods (called edibles) or use it to brew a tea. Another method is to slice open a cigar and replace some or all of the tobacco with marijuana, creating what is known as a blunt. Some people are vaping—using electronic vaporizers (called e-vaporizers or vapes) that allow people to inhale vapor and not smoke. Another popular method on the rise is vaping THC-rich resins extracted from the marijuana plant, an often dangerous practice called dabbing. 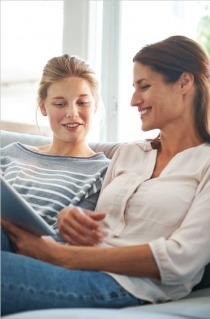 How many teens use marijuana?

NIDA's annual Monitoring the Future survey reports that marijuana use has remained stable over the past few years among 8th, 10th, and 12th grade students. About 10 percent of 8th graders, 26 percent of 10th graders, and 37 percent of 12th graders reported using marijuana in the last year. At the same time, teens are developing more positive attitudes about using marijuana, with 71 percent of high school seniors saying they do not view regular marijuana smoking as very harmful.9

Researchers have found that the use of marijuana and other drugs usually peaks in the late teens and early twenties, then declines in later years. Therefore, marijuana use among young people remains a natural concern for parents and is the focus of continuing research, particularly regarding its impact on brain development, which continues into a person's early twenties. Researchers are studying how long marijuana's effects last and if the changes could be permanent.

How does marijuana produce the high?

When people smoke marijuana, they feel its effects almost immediately. The psychoactive chemical THC spreads to every organ in the body, including the brain, and attaches to specific receptors on nerve cells. This affects the areas of the brain that control pleasure, memory, thinking, concentration, movement, coordination, appetite, pain, and sensory and time perception.

THC is structurally similar to chemicals produced naturally by the body, called endocannabinoids, which play a role in normal brain development and function. Because of the endocannabinoid system's wide-ranging influence over many critical functions, marijuana can have multiple effects—not just on the brain, but on a person's general health. Some of these effects last only as long as marijuana is in the body while others may build up over time to cause longer-lasting problems, including addiction.

Although detectable amounts of THC can remain in the body for days or even weeks after use, the noticeable effects of smoked marijuana usually last from 1 to 3 hours. If consumed in foods, the effects come on slower and can last for many hours.

What are marijuana's effects on the brain, body, and behavior?

Short-term effects (while using or right after using)

Long-term effects (effects of repeated use)

What determines how marijuana affects an individual?

Marijuana can be addictive. People who begin using being before 18 are more likely to develop marijuana use disorder than adults.2

Like any other drug, marijuana's effects on a person depends on many factors, including the person's previous experience with the drug or other drugs, biology (e.g., genes), how the drug is taken, and the drug's potency (its strength).

How important is marijuana potency?

Potency—the amount of THC contained in the marijuana—has been increasing steadily in the past few decades as marijuana farmers respond to market demand. These findings are based on analyses of marijuana samples seized by law enforcement.

So what does this actually mean? For someone new to the drug, it may mean exposure to higher concentrations of THC, with a greater chance of a negative or unpredictable reaction. For those more experienced with marijuana, it may mean a greater risk for addiction if they are exposing themselves to high doses on a regular basis. However, the full range of consequences linked with marijuana's higher potency is not well understood. It is unknown how much people who use marijuana adjust for the increase in potency by using less.

Does using marijuana lead to other drug use?

The majority of people who use marijuana do not go on to use other "harder" substances, like cocaine or heroin. However, some research shows that people often try marijuana before trying other substances.10 We also know from animal studies that rats given repeated doses of THC show heightened behavioral responses and altered brain activation not only when further exposed to THC, but also when exposed to other drugs such as morphine.11 Researchers are now looking at the possibility that exposure to marijuana as a teen can cause changes in the brain that make a person more likely to get addicted to marijuana or other drugs, such as alcohol, opioids, or cocaine.

It is important to point out, however, that research has not fully explained any of these observations, which are complex and likely to involve a combination of biological, social, and psychological factors.

Does smoking marijuana cause lung cancer?

Because edibles contain marijuana are often unlabeled or poorly labeled, teens can use too much waiting for the high and end up in the emergency room with side effects.

Studies have not found an increased risk of lung cancer in marijuana smokers compared with nonsmokers. However, marijuana smoke does irritate the lungs and increases the likelihood of other lung and breathing problems.12,13 Moreover, many people who smoke marijuana also smoke cigarettes, which do cause cancer, and research suggests that quitting tobacco can be harder if the person uses marijuana.

Can marijuana produce withdrawal symptoms when someone quits?

Yes. Many people who use the drug long-term and then stop have symptoms that are similar to those of nicotine withdrawal—irritability, sleep problems, anxiety, decreased appetite and various forms of physical discomfort—which may prompt relapse (a return to drug use). Withdrawal symptoms are generally mild and peak a few days after use has stopped. They gradually disappear within about 2 weeks.14,15 While these symptoms do not pose an immediate threat to health, they can make it hard for someone to stop using the drug. Because withdrawal is not as obvious or as painful as withdrawal symptoms from some other drugs such as opioids, many people do not realize that stopping marijuana use can cause withdrawal symptoms.

How harmful is K2/Spice (or "synthetic cannabinoids")?

Synthetic cannabinoids, which are sometimes also called K2 or Spice, consist of many human-made mind-altering chemicals that are either sprayed on dried, shredded plant material to be smoked, or sold as liquids to be inhaled in e-vaporizers. These chemicals are called cannabinoids because they have chemicals that act on the same brain cell receptors as THC, but are often much more powerful and unpredictable. Because of this similarity, synthetic cannabinoids are sometimes misleadingly called "synthetic marijuana" (or "fake weed"), and are often labeled "not fit for human consumption." Many are now illegal, but their manufacturers are constantly creating new chemical compounds to sidestep legal restrictions. Their effects, like the ingredients, often vary, but emergency rooms report large numbers of young people appearing with rapid heart rates, vomiting, and negative mental responses including hallucinations after using these substances. Some states are reporting an increased number of overdose cases involving synthetic cannabinoid products where users are experiencing severe bleeding, likely due to product contamination.

Are there treatments for people addicted to marijuana?

Behavioral therapies are available and are similar to those used for treating other drug or alcohol addictions. These include motivational enhancement therapies to develop people's own motivation to stay in treatment; cognitive behavioral therapies to teach strategies for avoiding drug use and its triggers (and for effectively managing stress); and motivational incentives, which provide vouchers or small cash rewards for showing up for treatment and staying drug free.

Most teens don't use marijuana.

There are currently no medications approved by the U.S. Food and Drug Administration (FDA) for  treating marijuana addiction, although promising research is under way to find medications to treat withdrawal symptoms and ease craving and other effects of marijuana.

What are other risks related to marijuana that my child should know?

Many parents and teens may not have thought about some of these risks:

Regular marijuana use affects the brain and leads to impaired memory, judgment, and motor skills.

Research shows that some chemicals in marijuana, THC as well as cannabidiol (CBD), could have medical uses. The FDA has approved some THC-based medications to treat nausea in patients undergoing chemotherapy and to help patients with AIDS gain an appetite. However, these medications are not smoked. The FDA has also approved a CBD oil-based medication to treat rare and severe forms of epilepsy. Additional clinical trials are being conducted to develop medications that contain THC and/or CBD for pain relief and seizure disorders.

How can I tell if my child has been using marijuana?

Parents should be aware of changes in their child's behavior, such as not brushing hair or teeth, skipping showers, changes in mood, and challenging relationships with family members, and a change in friends. In addition, changes in grades, skipping classes or missing school, loss of interest in sports or other favorite activities, changes in eating or sleeping habits, and getting in trouble in school or with law enforcement could all be related to drug use—or may indicate other problems. See the list of specific warning signs for marijuana use below.

If your child is using marijuana, he or she might: 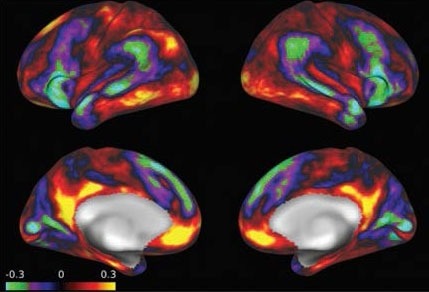 Using cutting-edge imaging technology, scientists from the Adolescent Brain Cognitive Development (ABCD) Study will look at how childhood experiences, including use of any drugs, interact with each other and with a child's changing biology to affect brain development and social, behavioral, academic, health, and other outcomes. As the only study of its kind, the ABCD study will yield critical insights into the foundational aspects of adolescence that shape a person's future.

NIDA. 2022, March 22. Want to know more? Some FAQs about Marijuana. Retrieved from https://nida.nih.gov/publications/marijuana-facts-parents-need-to-know/want-to-know-more-some-faqs-about-marijuana