A new study of intentional drug overdose deaths, or suicides by an overdose of a medication or drug, found an overall decline in recent years in the United States, but an increase in young people aged 15-24, older people aged 75-84, and non-Hispanic Black women. The study also found that women were consistently more likely than men to die from intentional drug overdoses, with the highest rates observed in women ages 45 to 64. In addition, factors such as time of year, length of day, and day of the week appeared to be associated with intentional overdose death rates. The study published today in the American Journal of Psychiatry and was led by investigators at the National Institute on Drug Abuse (NIDA), part of the National Institutes of Health.

Nearly 92,000 people died from drug overdoses overall in the U.S. in 2020. This represents the largest increase ever recorded in a calendar year and reflects a nearly five-fold increase in the rate of overdose deaths since 1999. About 5% to 7% of these overdose deaths are recorded as intentional. Because it can be difficult to determine whether overdose deaths are intentional, the actual numbers are likely even higher. Many people who have a substance use disorder also develop other mental illnesses, such as mood and anxiety disorders, which are independently associated with increased suicide risk. In addition, many people who are diagnosed with other mental illnesses are often diagnosed with a substance use disorder, emphasizing the need to address co-occurring mental health conditions holistically.

“The distinction between accidental and intentional overdose has important clinical implications, as we must implement strategies for preventing both,” said Nora Volkow, M.D., senior author on the study and director of NIDA. “To do so requires that we screen for suicidality among individuals who use opioids or other drugs, and that we provide treatment and support for those who need it, both for mental illnesses and for substance use disorders.”

Not much is known about who is most at risk of suicide by drug overdose and whether this has changed in recent years. The current study addresses this gap by analyzing data from 2001 to 2019 from the Centers for Disease Control and Prevention’s National Vital Statistics System, which provides data on multiple causes-of-death (including drug overdose death) based on death certificates for U.S. residents.

The NIDA researchers focused on data related to overdose deaths that were classified as intentional. They analyzed these by sex, age, and race/ethnicity, as well as by the month of the year and day of the week when the overdose occurred, to understand the characteristics of these factors. In this study, deaths were reported per 100,000 people to allow for consistent comparisons as the population changed over time.

However, the investigators also found that age-adjusted intentional drug overdose deaths continued to rise in certain population subgroups. Notably, the rates increased among:

The researchers also investigated when overdose deaths were most likely to occur in terms of both days of the week and months of the year. They found that intentional overdose rates were highest on Mondays and lowest on weekends (Friday to Sunday). The researchers pointed out that social factors, such as increased social interactions over the weekend or a reluctance to begin the work week, may contribute to the variability.

Intentional overdose rates also varied by month, with lowest rates noted in December and highest rates in late spring and summer. These findings align with previous observations of seasonal variations in suicide risk. The authors posited some theories that may help explain this pattern, noting that both social and biological factors may play a role in these fluctuations. For instance, low rates in December may be related to a more positive and hopeful mood during the holiday season. Furthermore, they noted that the increase in intentional overdose risk with longer daylight hours in May through August may be related to seasonal changes in the availability of molecules called mu opioid receptors in the brain. These opioid receptors influence mood and behaviors and are targets of opioid drugs, the most frequent substances identified in intentional overdose deaths.

“This research underscores the importance of external support structures and environmental factors in determining a person’s suicide risk,” said Emily Einstein, Ph.D., chief of NIDA’s Science Policy Branch and an author on the study. “The risk of intentional overdoses, and suicide risk in general, is not static. This is crucial for clinicians to keep in mind, as they may need to assess patients’ suicide risk frequently rather than at one point in time. It is also important for friends and family members of people who may be at an increased risk of suicide, and for those people themselves, so that they can be aware of the greatest periods of risk and seek help when needed.”

If you or someone you know is in crisis and needs immediate help, call the National Suicide Prevention Lifeline at 1-800-273-TALK (8255). Learn more about suicide prevention and ways you can help someone who might be at risk for self-harm. 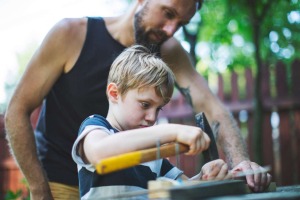 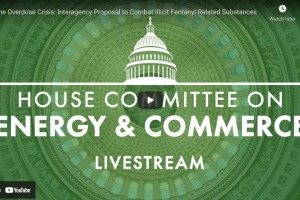 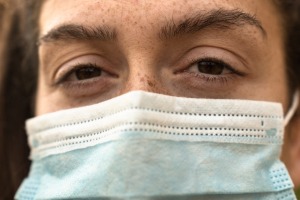