A large majority of individuals who reported and discussed non-suicidal self-injury on the social media platform Reddit described their experience in terms similar to those used to diagnose substance use disorder, according to researchers at the National Institutes of Health, who analyzed more than 350,000 posts and comments. People who posted on a forum dedicated to discussion of self-harm, called r/selfharm, from 2010 to 2019 often directly referred to their self-injuring activities as an “addiction,” citing cravings and escalating severity or tolerance, and regularly used terms employed by people recovering from substance use disorders, such as getting “clean” or “relapsing.” The study, published in Journal of Behavioral Addictions, was conducted by scientists at the National Institute on Drug Abuse (NIDA), part of NIH.

The findings also suggest that clinicians may better support people living with non-suicidal self-injury by adopting strategies used to diagnose and treat substance use disorders. Substance use disorders are diagnosed using evidence-based criteria described in the Diagnostic and Statistical Manual of Mental Disorders, now in its fifth edition (DSM-5).

“Non-suicidal self-injury is often private and hidden, and like substance use disorders, is highly stigmatized and can lead to significant harm if left undiagnosed and untreated,” said NIDA Director Nora Volkow, M.D. “Though this study alone does not demonstrate that self-injury can necessarily be classified as an addiction, learning more about the addictive-like behaviors of self-harm will be crucial to improve our understanding and treatment of this condition.”

Approximately 17% of adolescents, 13% of young adults, and 6% of adults report a lifetime history of non-suicidal self-injury, or the deliberate harming of one’s body tissue without intending to die. However, not enough is known about the drivers and clinical features of self-harming behavior, and there is no standard therapy approach for the condition. In the DSM-5, non-suicidal self-injury is identified as a condition for future study.

Like substance use disorders, the motivations underlying non-suicidal self-injury are diverse but often include a desire to relieve or cope with feelings of depression, anxiety, stress, and other mental health conditions. Though addictive features have been associated with severity of non-suicidal self-injury, there is debate over the extent to which self-injury and substance use disorders are similar experientially.

To explore this concept further, the research team led by the NIDA Intramural Research Program explored the language that people use to talk about self-harm on Reddit, a social network of online discussion communities organized into hundreds of thousands of “subreddits,” or forums dedicated to specific topics. The investigators sifted through a dataset of 69,380 original posts and 290,524 comments from 38,484 Reddit users on the r/selfharm subforum, which describes itself as “a subreddit for self-harmers to relate to each other, ask questions, and build up a community,” spanning from its creation in March 2010 to December 2019.

From this dataset, the investigators analyzed posts from 500 random Reddit users who each had left at least 10 posts and comments with a total of at least 2,000 words on the subreddit. The researchers then adapted a set of 11 diagnostic criteria from the DSM-5 used to diagnose substance use disorders to the posts about non-suicidal self-injury, to examine these posts for language indicating symptoms and features of addiction.

In general, individuals whose self-harming behavior took on addictive features were more likely to disclose a psychiatric disorder – such as depression, anxiety, or an eating disorder – in their posts, used a greater range of methods for self-injury, and engaged in more frequent and hazardous self-injury activities (those that required medical attention). However, reporting addiction-like self-harming behavior was not associated with suicidality.

Individuals on the forum also frequently used language and concepts common in substance use disorder recovery parlance, such as “getting clean,” “relapse,” or “recovery.”

“In recent years, social media has served as a window into subjective experiences of stigmatized populations on a large scale and can provide insight into the daily language used among people when they’re within a relative safe space with others who share similar experiences,” said Brenda Curtis, Ph.D., MsPH, senior author on the study and chief of NIDA’s Technology and Translational Research Unit in the NIDA Translational Addiction Medicine Branch. “Our findings here suggest that addiction language may feel familiar and comfortable for patients who self-harm. We must listen and learn from these lived experiences.”

If you or someone you know has a mental illness, is struggling emotionally, or has concerns about their mental health, there are ways to get help. Use these resources from the National Institute on Mental Health to find help for you, a friend, or a family member.

Note to reporters: Terms like “clean,” “getting clean,” and “relapse” used in this press release reflect language taken directly from Reddit posts that were analyzed for this study. For more information on terminology to reduce stigma and describe addiction and substance use disorders, please see NIDA’s webpage: “Words Matter - Terms to Use and Avoid When Talking About Addiction.” 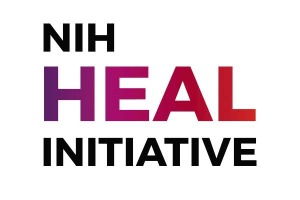