Who would have thought that a tiny ad in the Baltimore City paper could profoundly change a life? It’s no surprise when you learn the ad contained a phone number for a clinical trial at the National Institutes of Health. 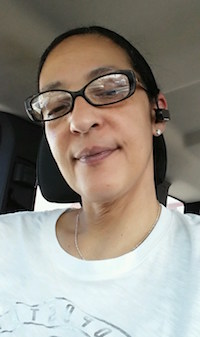 Lorrie Wiley grew up in a neighborhood on the west side of Baltimore, surrounded by family and friends struggling with drug issues.  She started using marijuana and “popping pills” at the age of 13, and within the following decade, someone introduced her to cocaine and heroin.  She lived with family and occasional boyfriends, and as she puts it, “I had no real home or belongings of my own.”

Before the age of 30, she was trying to survive as a heroin addict. She roamed from job to job, using whatever money she made to buy drugs. She occasionally tried support groups, but they did not work for her.  By the time she was in her mid forties, she was severely depressed and felt trapped and hopeless. “I was really tired.” About that time, she fell in love with a man who also struggled with drugs

They both knew they needed help, but weren’t sure what to do. Her boyfriend was a military veteran so he courageously sought help with the VA.  It was a stroke of luck that then connected Lorrie to friends who showed her an ad in the City Paper highlighting a research study at the National Institute of Drug Abuse (NIDA), part of the National Institutes of Health (NIH.)  Lorrie made the call, visited the treatment intake center adjacent to the Johns Hopkins Bayview Medical Center, and qualified for the study.

“On the first day, they gave me some medication. I went home and did what addicts do---I tried to find a bag of heroin. I took it, but felt no effect.” The medication had stopped her from feeling it. “I thought --well that was a waste of money.” Lorrie says she has never taken another drug since.  Drug treatment, of course is not quite that simple, but for Lorrie, the medication helped her resist drugs during a nine month treatment cycle that included weekly counseling as well as small cash incentives for for clean urine samples.

To help with heroin cravings, every day Lorrie was given the medication buprenorphine, developed through previous studies funded by NIDA. The experimental part of the study was to test if  a medication called clonidine, sometimes prescribed to help withdrawal symptoms, would also help prevent stress-induced relapse. Half of the patients received daily buprenorphine plus daily clonidine, and half received daily buprenorphine plus a daily placebo. To this day, Lorrie does not know which one she received, but she is deeply grateful that her involvement in the study worked for her.

The study results?  Clonidine worked as the NIDA investigators had hoped.

“Before I was clean I was so uncertain of myself and I was always depressed about things. Now I  am confident in life, I speak my opinion, and I am productive. I cry tears of joy, not tears of sadness,”  she says. Lorrie is now eight years drug free. And her boyfriend? His treatment at the VA was also effective, and they are now married. “I now feel joy at little things, like spending time with my husband or my niece, or I look around and see that I have my own apartment, my own car, even my own pots and pans. Sounds silly but I never thought that would be possible. I feel so happy and so blessed, thanks to the wonderful research team at NIDA.”

Read more about the study results at: Medication finds new use in sustaining opioid quit success

Looking to join a clinical trial?  Use our Clinical Trials Locator tool.