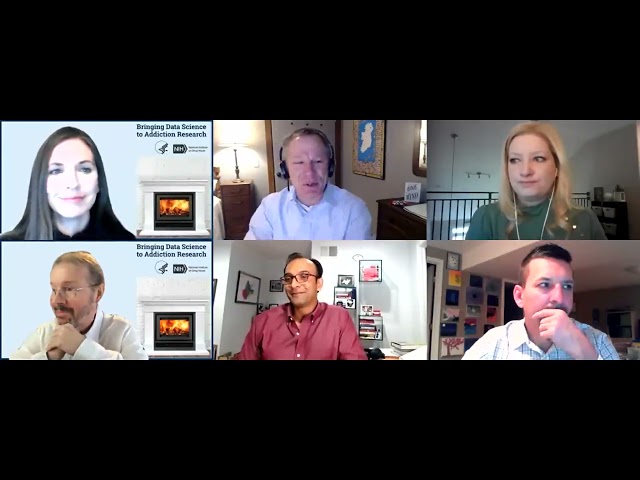 NIDA will be hosting a 4-part data science careers seminar series this spring titled Bringing Data Science to Addiction Research. The goal of this seminar series is to highlight the career paths of prominent data scientists and inspire a new generation of data science researchers who focus on addiction. This series will kick off with a fireside chat with Dr. DJ Patil (@dpatil), the former U.S. Chief Data Scientist, on March 15th from 9:00-10:30 am EDT.

A separate registration will be required for each session.

DJ Patil has held a variety of roles in Academia, Industry, and Government. He is CTO for Devoted Health, a Senior Fellow at the Belfer Center at the Harvard Kennedy School, and an Advisor to Venrock Partners.  Dr. Patil was appointed by President Obama to be the first U.S. Chief Data Scientist where his efforts led to the establishment of nearly 40 Chief Data Officer roles across the Federal government. He also established new health care programs including the Precision Medicine Initiative and the Cancer Moonshot, new criminal justice reforms including the Data-Driven Justice and Police Data Initiatives that cover more than 94 million Americans, as well as leading the national data efforts. He also has been active in national security and for his efforts was awarded by Secretary Carter the Department of Defense Medal for Distinguished Public Service which the highest honor the department bestows on a civilian.

In industry, he led the product teams at RelateIQ which was acquired by Salesforce, was founding board member for Crisis Text Line which works to use new technologies to provide on demand mental and crisis support, and was a member of the venture firm Greylock Partners. He has also was Chief Scientist, Chief Security Officer and Head of Analytics and Data Product Teams at the LinkedIn Corporation where he co-coined the term Data Scientist. He has also held a number of roles at Skype, PayPal, and eBay.

As a member of the faculty at the University of Maryland, his research focused on nonlinear dynamics and chaos theory and he helped start a major research initiative on numerical weather prediction.  As an AAAS Science & Technology Policy Fellow for the Department of Defense, Dr. Patil directed new efforts to leverage social network analysis and the melding of computational and social sciences to anticipate emerging threats to the US. He has also co-chaired a major review of US efforts to prevent bioweapons proliferation in Central Asia and co-founded the Iraqi Virtual Science Library (IVSL).  In 2104 he was selected by the World Economic Forum as a Young Global Leader and is also a Member of the Council of Foreign Relations. And if you’ve read this far, he barely graduated from high school because of his math grades.

More details can be found on his LinkedIn profile: http://www.linkedin.com/in/dpatil and can be followed on twitter @dpatil