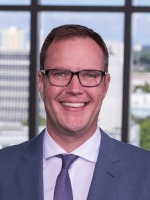 Join the NIDA HIV Research Program in welcoming Adam Carrico, Ph.D., of the University of Miami, on January 25, 2023 at 1:00 p.m. EST for the second installment of the NIDA HIV Seminar Series, with a presentation titled: "Outside In and Inside Out: Neuroimmune Mechanisms Linking Stimulant Use and HIV."

The overarching goal of this presentation is to delineate the bi-directional neuroimmune pathways linking co-occurring stimulant use and HIV. Beginning with the “outside in” pathways, Dr. Carrico will review findings from his team and others indicating that the use of stimulants such as methamphetamine amplifies gut-immune dysfunction in sexual minority men (i.e., gay, bisexual, and other men who have sex with men) with and without HIV. He will also present recent findings from a randomized controlled trial demonstrating that an evidence-based positive affect intervention alters leukocyte DNA methylation patterns relevant to neurocognitive rehabilitation and neuroendocrine hormone regulation in sexual minority men with treated HIV who use methamphetamine. Moving on to the “inside out” pathways, he will review findings from his team and others that HIV-associated pathophysiologic alterations could amplify risk for neuropsychiatric comorbidities, including stimulant use disorders. This will include findings from the NIDA-funded RADAR cohort demonstrating that the intersection of HIV and inflammation amplifies risk for initiation of methamphetamine use in sexual and gender minority youth. The implications of these neuroimmune mechanisms for comprehensive, biobehavioral interventions to address co-occurring stimulant use disorders and HIV will be discussed.

Dr. Carrico is a clinical-health psychologist with expertise in the interdisciplinary field of psychoneuroimmunology, which examines the bi-directional connections between the central nervous system and immune system. In his clinical and biobehavioral research program, Dr. Carrico seeks to catalyze the development of comprehensive approaches to address a resurgent epidemic of methamphetamine use that is undermining the benefits of biomedical approaches to HIV prevention in sexual minority men.