Discovery may represent a future target for treating substance use disorders 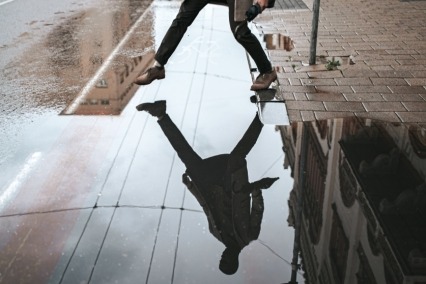 Researchers have found that blocking certain acetylcholine receptors in the lateral habenula (LHb), an area of the brain that balances reward and aversion, made it harder to resist seeking cocaine in a rat model of impulsive behavior. These findings identify a new role for these receptors that may represent a future target for the development of treatments for cocaine use disorder. There are currently no approved medications to treat cocaine use disorder.

Published in the Journal of Neuroscience, the study was supported by the National Institute on Drug Abuse (NIDA), part of the National Institutes of Health. In 2020, over 41,000 people died from drug overdoses involving stimulants, including cocaine and methamphetamine. Developing safe and effective medications that help treat addictions to cocaine and other stimulants is critical to expand the choices offered to people seeking treatment and to help sustain recovery.

“This discovery gives researchers a new, specific target toward solving a problem that has long been elusive – developing treatments for cocaine addiction,” said NIDA Director, Nora Volkow, M.D. “As we have seen with medications to treat opioid use disorder, adding this tool to clinical care could save lives from overdose and drastically improve health and quality of life.”

Addiction science researchers are particularly interested in the LHb as a target for future treatment development because of its position as an interface between brain regions involved with reasoning and other higher order thought processes and those mediating emotion and reward – factors known to be associated with substance use disorders as well as major depressive disorders. For instance, these areas are involved in regulating behaviors like abstaining from a reward when it is determined not to be “beneficial.”

Building on previous work that established the importance of the LHb and acetylcholine receptor signaling in impulsive cocaine-seeking, this study further defines the cellular mechanisms through which LHb neurons regulate this behavior. Researchers used a behavioral paradigm called the Go/NoGo model in rats. In this model, rats were trained to self-administer cocaine, where a lever press led to an injection of the drug. This was followed by specific training in the Go/NoGo task where cocaine was available when the lights were on (Go), but not when the lights were off (NoGo). Animals quickly learned to stop responding when cocaine was not available.

The researchers then chemically manipulated the LHb, to assess the impact on the rats’ ability to withhold their response to cocaine. They found that response inhibition for cocaine was impaired by blocking a specific type of muscarinic acetylcholine receptor, known as M2Rs, with an experimental drug called AFDX-116, and not with a drug called pirenzepine that blocks other muscarinic acetylcholine receptors known as M1Rs. Thus, when M2Rs were blocked in the LHb the rodents were no longer able to stop responding for cocaine even when it was not available (the “NoGo” condition), despite the training. This indicates that increasing LHb M2R function may represent a potential target for treating impulsive drug seeking and substance use disorders.

The researchers also studied the cellular mechanisms by which M2Rs alter LHb neuronal activity by measuring changes in the electrical activity of these neurons in response to acetylcholine-like drugs. Although these drugs reduced both excitatory and inhibitory inputs onto LHb neurons, there was a net increase in inhibition, which may account for acetylcholine’s ability to limit impulsive cocaine seeking.

“The LHb acts like an interface between rational thought in the forebrain and the modulation of neurotransmitters like dopamine and serotonin that originate in the midbrain, which are important in regulating decision processes and emotions,” said Carl Lupica, Ph.D., chief of the Electrophysiology Research Section of the Computational and Systems Neuroscience Branch of NIDA. “While the immediate results of this study are related to cocaine seeking, there are also greater implications for impulsivity as it relates to other drugs as well as to psychiatric conditions like obsessive-compulsive disorder. Our future studies will explore the relationship between LHb activity and impulsive behavior related to other drugs such as cannabis, and opioids such as heroin.”

Although targeting M2Rs is promising, there are challenges because the muscarinic acetylcholine system is involved in everything from regulating heart rate, affecting motion sickness, and controlling vasodilation, for example. These receptors are also located throughout the body, including many other regions of the brain. Further research is needed to develop ways to target the M­2Rs in the LHb without causing a cascade of side effects, and as a first step these researchers are now trying to identify where in the brain the acetylcholine released in the LHb originates.

The study was funded by the NIDA Intramural Research Program.

This press release describes a basic research finding. Basic research increases our understanding of human behavior and biology, which is foundational to advancing new and better ways to prevent, diagnose, and treat disease. Science is an unpredictable and incremental process— each research advance builds on past discoveries, often in unexpected ways. Most clinical advances would not be possible without the knowledge of fundamental basic research. To learn more about basic research, visit  Basic Research – Digital Media Kit (NIH). 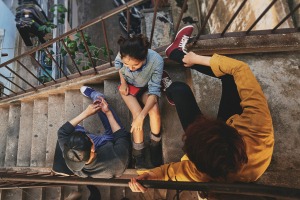 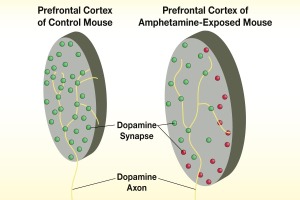