Cocaine Research Report
What is Cocaine? 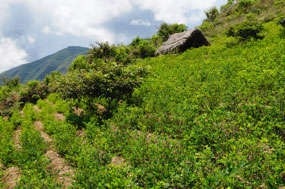 Cocaine is a powerfully addictive stimulant drug. For thousands of years, people in South America have chewed and ingested coca leaves (Erythroxylon coca), the source of cocaine, for their stimulant effects.1, 2 The purified chemical, cocaine hydrochloride, was isolated from the plant more than 100 years ago. In the early 1900s, purified cocaine was the main active ingredient in many tonics and elixirs developed to treat a wide variety of illnesses and was even an ingredient in the early formulations of Coca-Cola®. Before the development of synthetic local anesthetic, surgeons used cocaine to block pain.1 However, research has since shown that cocaine is a powerfully addictive substance that can alter brain structure and function if used repeatedly.

Today, cocaine is a Schedule II drug, which means that it has high potential for abuse but can be administered by a doctor for legitimate medical uses, such as local anesthesia for some eye, ear, and throat surgeries. Dealers often dilute (or “cut”) it with non-psychoactive substances such as cornstarch, talcum powder, flour, or baking soda to increase their profits. They may also adulterate cocaine with other drugs like procaine (a chemically related local anesthetic) or amphetamine (another psychoactive stimulant).2,3 Some users combine cocaine with heroin.2

NIDA. 2021, July 9. What is Cocaine?. Retrieved from https://nida.nih.gov/publications/research-reports/cocaine/what-cocaine