In this video, NIDA Director, Dr. Nora Volkow highlights the development of the adolescent brain and encourages parents to have the conversation with their teens about substance use and its effects on health. 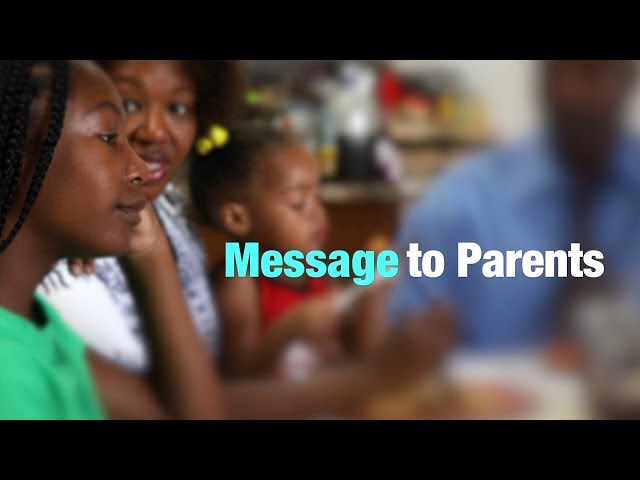 Dr. Nora Volkow: Based on the survey it's estimated that close to 11 percent of the 12th graders are vaping 9THC.

And thus, when we're trying to understand the consequences of marijuana laws on marijuana smoking among teenagers, we have been just focusing on the use of marijuana as a plant - not taking into consideration that vaping is now the way, by which teenagers are getting cannabinoids into their system.

In a way that's actually going to have a higher purity and therefore may be associated with more, even more worse adverse effects.

The message that we always want to give to teenagers and to parents is that the teenage years are probably some of the most important as it relates to brain development and building up experiences, including learning and preparing in order to be able to transition into adulthood.

We do know that drugs are actually, unfortunately disrupting the neuro architecture of the brain in a way that can jeopardize, not just your cognitive abilities but your emotions and your and ultimately your likelihood of succeeding, including the risk of becoming addicted.

When you take drugs as an adolescent your vulnerability for addiction is much greater but also drugs participate in ways that can render you more vulnerable to other mental illnesses, and thus why the consumption of drugs during - at any time is not per say desirable - but particularly among teenagers is the detrimental and deleterious.

This this is also coming up at a time when our nation is discussing issues of legalization of marijuana, which is leading to changes in perception that the use of marijuana is not harmful that may lead some people that otherwise wouldn't consume marijuana not to consume it.

So, we need to recognize that what may be okay for an adult may not be okay at all for an adolescent.

And that parents should also be proactive and establish a dialogue with their teenagers and give them opportunities for them to feel fulfilled, because if they are bored then they will be at higher risk for seeking out ways to entertain themselves.

And drugs can be one way of getting through it.

Also, many times drugs are used by teenagers because they want to auto-medicate - there's something going on in them and they don't know what it is.

So, they may take drugs and temporarily feel better and I think that parents need to also be aware when there is a change in personality of our behavior of their teenager to approach it.

And again, try to find out whether there could be something that is leading their teenager to act that way, not to ignore it.

Not to say, "oh, it's just part of teenager years. I'm not going to be paying attention."

No, establish that dialogue and seek help if you think that actually there may be something going on with your child.