How the Monitoring the Future Survey Evolves to Meet Needs 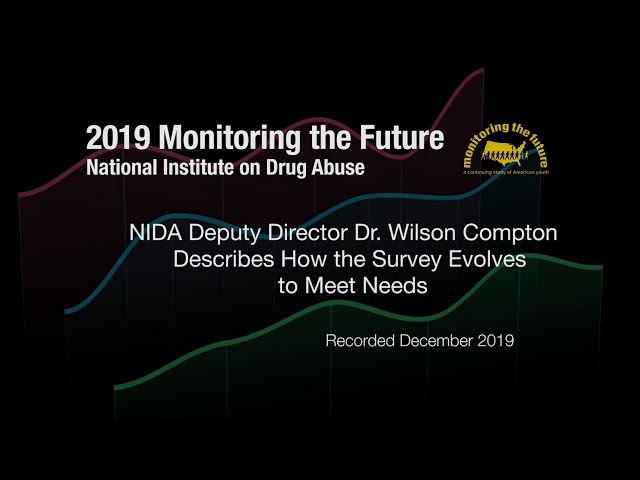 Over its 45 years of existence Monitoring the Future study has adapted to changing times.

What this means is that as drug use patterns change, they have to change the questionnaire.

For instance, we had no questions about use of synthetic cannabinoids.

These are these dangerous products that might be synthetic marijuana or synthetic cannabinoids that we needed to learn more about and the survey added those questions just a few years ago.

Now we also see that the Monitoring the Future study has modified the pharmaceuticals or medications that are included as examples of different categories, so that when oxycontin became popular, they added oxycontin as a specific medication that was assessed in the survey, so we could track what youth were doing with this dangerous painkiller medication.

One of the most important changes to the Monitoring the Future Survey has been the addition of questions about e-cigarettes, vaping, and even this year, for the first time, we have questions about the joule device.

For the last two years that it since 2017 the survey has included questions about the different time periods of the use of vaping products.

So that means used during the past year, the past month, or even any time during a 8th, 10th and, 12th graders lifetime.

So we can understand the use patterns of vaping products by teenagers all across the country in detail.

These modifications to the Monitoring the Future study are one of the key advantages of this survey is that it stays reasonably consistent, but adds new information as we learn about emerging drug trends and drug threats.