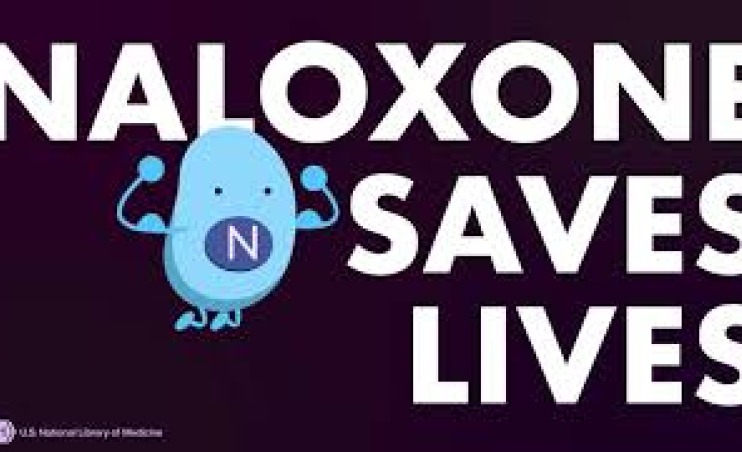 No time to sit idly by. More and more people are dying of overdose from the likes of heroin, fentanyl, and prescription pain medications like oxycodone and hydrocodone. These are all examples of opioids.

Opioids are drugs derived from the opium poppy plant or made in the lab. They can treat pain, cough, and diarrhea. But opioids can also be addictive and even deadly.

The number of opioid overdose deaths has escalated more than 400% since the turn of the century, with tens of thousands of lives now being lost every year. But many deaths can be prevented with a life-saving treatment: naloxone.

When given right away, naloxone can work in minutes to reverse an overdose.  Naloxone is safe, has few side effects, and some forms can be administered by friends and family.

When is naloxone used?

You can save a life. First, recognize signs of overdose:

If you see these symptoms, call 911 immediately and consider the use of naloxone if available.

How is naloxone given?

Home preparations include a nasal spray given to someone while they lie on their back or a device that automatically injects medicine into the thigh.

Sometimes more than one dose is needed. The person’s breathing also needs to be monitored.  If the person stops breathing, consider rescue breaths and CPR if you are trained until first responders arrive.

How does naloxone work?

Naloxone is an opioid antagonist, which means that it blocks opioid receptors from being activated. It is so strongly attracted to the receptors that it knocks other opioids off. When opioids are sitting on their receptors, they change the activity of the cell.

Opioid receptors are found on nerve cells all around the body:

These opioid actions can be helpful!  The body actually produces its own opioids called “endorphins,” which help calm the body in times of stress.

Endorphins help produce the “runner’s high” that helps marathon runners get through grueling races. But opioid drugs, like prescription pain medications or heroin, have much stronger opioid effects. And they are more dangerous.

Over time, frequent opioid use makes the body dependent on drugs. When the opioids are taken away, the body reacts with withdrawal symptoms such as headache, racing heart, soaking sweats, vomiting, diarrhea, and tremors.

For many, the symptoms feel unbearable. With continued use, opioid receptors also become less responsive and the body develops tolerance to the drugs.

More drugs are needed to produce the same effects... which makes an overdose more likely. Overdose is dangerous especially for its effect in the brainstem, relaxing breathing. Breathing can be relaxed so much that it stops…leading to death.

Naloxone knocks opioids off their receptors all around the body. In the brainstem, naloxone can restore the drive to breathe. And save a life. But even if naloxone is successful, opioids are still floating around, so expert medical care should be sought as soon as possible.

Naloxone works for 30-90 minutes before the opioids return to their receptors. Naloxone may promote withdrawal because it knocks opioids off their receptors so quickly. But otherwise, naloxone is safe and unlikely to produce side effects. Naloxone saves lives.

From 1996 to 2014, at least 26,500 opioid overdoses in the United States were reversed by laypersons using naloxone.

While naloxone is a potentially life-saving treatment, more needs to be done to solve the opioid overdose epidemic.

The National Institutes of Health launched the HEAL Initiative in 2018, expanding research across multiple NIH Institutes and Centers to speed scientific solutions to the national opioid crisis.

Research is underway to improve treatments for opioid misuse and addiction, and to enhance pain management.

The National Institute on Drug Abuse, or NIDA, is the leading NIH institute for research on opioid misuse and addiction, and its support helped the development of the user-friendly naloxone nasal spray.

This video was produced by MedlinePlus, a trusted source of health information from the National Library of Medicine.