Your brain is who you are. It’s what allows you to think, breathe, move, speak, and feel. 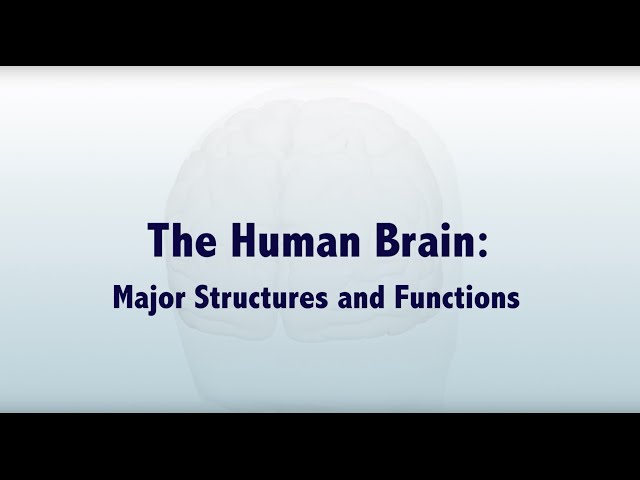 Female Narrator: The brain is the command center for the entire body; it makes us who we are.

It receives information from our senses and controls our thoughts and movement.

To better explore this incredibly complex organ, scientists have divided it into parts and regions.

The largest part is the cerebrum, which is divided into two sides, called hemispheres, just like the earth.

The outer layer is known as the cortex, which is Latin for “bark.” Like a tree bark, the surface is only 1/8 inch thick but it also contains millions of cells with fibers that send messages to other brain areas.

More than 2/3 of the surface of the cortex hides in hundreds of little folds that make the wiggly, visible lines on the brain.

Animals that are less intelligent have less folding and a smoother brain surface.

The cortex is divided into FOUR regions:

The THALAMUS, in the center of the brain, relays sensory and motor information to the cortex and helps with consciousness, sleep and alertness.

Twelve pairs of cranial nerves carry information from your senses to and from the brain and body.

Lower in the brain we find the cerebellum, which plays a key role in motor control, coordination, and spatial navigation, so we can find our way out of a maze, for example.

Underneath is the brain stem, which connects the brain to the spinal cord, a nerve pathway that runs all the way down your back sending and receiving information from our senses.

The brain stem includes the PONS, which helps control our breathing, and the MEDULLA OBLONGATA, which regulates our heart, and other body reflexes like vomiting, coughing, sneezing, and swallowing.

The limbic system, a region under the cortex, processes our emotions and drives.

It contains the brain’s reward circuit which releases the chemical dopamine, making us feel pleasure.

The anticipation of pleasure motivates us to repeat important human behaviors like eating, having fun with friends or falling in love. But it also encourages us to repeat risky behaviors, like taking drugs.

This flood of dopamine causes the “high” that drug users seek, and makes it difficult to enjoy more normal, simple pleasures. Repeated activation of this reward pathway can lead to addiction.

The limbic system includes the AMYGDALA ,which processes emotions, and The HIPPOCAMPUS in the temporal lobe---which is like a “memory indexer” that sends memories to certain parts of the brain for storage, and retrieves them when you need them.

The brain controls many actions through rapid nerve impulses, but there are some body functions that the brain modulates over many hours or days, by secreting hormones via special glands, like:

These are just a few of the parts and functions of the beautiful, amazing, and complex human brain. It is the center of our world and seat of our intelligence. We must exercise it, protect it, and understand how important it is to every thought and action in our daily lives.