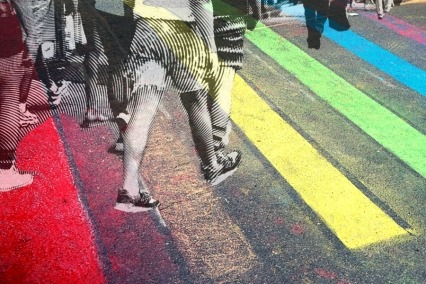 On World AIDS Day, December 1, we remember those lost to the HIV epidemic, take stock of how far we have come, and map the way forward. In the past decades, scientific and community leadership have achieved great things in helping people with HIV live long, healthy lives, as well as reducing HIV transmission through prevention. Yet as the United States grapples with the dual epidemics of HIV and drug overdose, people who use drugs continue to be left behind—especially sexual and gender minorities who are disproportionately impacted by HIV.

But even with multiple forms of HIV prevention now available, including pre-exposure prophylaxis (PrEP) pills for people who are HIV-negative and antiretroviral therapy that can help people with HIV maintain an undetectable viral load and thus not transmit the virus, HIV transmission rates remain frustratingly elevated. Increased methamphetamine use over the past decade may play an overlooked role. A 2020 study in the Journal of Acquired Immune Deficiency Syndromes (JAIDS) showed that a third of new HIV transmissions among sexual and gender minorities who have sex with men were in people who regularly use methamphetamine.

Methamphetamine use is more prevalent among gay and bisexual men than among other men, and it often accompanies sex (sometimes called “partying and playing” or “chemsex”). While in previous decades the mixing of methamphetamine and sex was mainly associated with White gay men, Black and Hispanic men who have sex with men are increasingly using methamphetamine too.

The disinhibiting effects of methamphetamine can increase certain sexual behaviors that make transmission of HIV more likely. There is also evidence that methamphetamine may make the body more vulnerable to HIV acquisition and contribute to HIV disease progression. Methamphetamine use can also lead to other serious health concerns, including addiction and fatal overdose.

In a new NIDA video, “Sex, Meth and HIV,” we highlight that to end the HIV epidemic with the effective tools at our disposal requires that we first recognize and respect the complexity and needs of sexual and gender minorities who use drugs. Like other drugs, methamphetamine may help individuals cope with mental health challenges like depression, anxiety, and trauma. Some gay and bisexual men use methamphetamine to enhance sexual experience and sense of connectedness. It can also temporarily boost self-confidence among individuals who may experience stigma and shame surrounding sexuality or other aspects of their lives.

For clinicians working to educate patients about health at the intersection of HIV and drug use, understanding the role that methamphetamine plays in an individual’s life is critical to providing quality care.

As Sarit Golub, a City University of New York (CUNY) Hunter College psychologist researching HIV and stigma, says in a companion video for clinicians, “Trust, Stigma and Patient Care,” telling gay and bisexual men about risks of combining drugs and sex can come across as instilling fear and shame, and may alienate rather than empower. As Dr. Golub notes, such communication can disregard the totality of an individual’s needs—for connection, for pleasure, and for confidence in a world that judges and shames.

Even in healthcare settings, people commonly experience stigma around drug use and sexuality, as well as racism and other forms of discrimination. A history of encountering stigma and discrimination in these settings often leads people to avoid disclosing their substance use and sexual practices with their providers. Clinicians must work with patients to rebuild that lost trust by listening to patients’ concerns rather than imposing their own.

“Meeting people where they are”—that is, providing care regardless of substance use or other behaviors that confer some health risk—has become the guiding philosophy of harm reduction. But it should also apply to prevention and treatment of both HIV and substance use disorders. We cannot hope to reach communities with effective prevention measures such as PrEP without recognizing and accepting the totality of people’s experiences, wants, and needs. Listening and acceptance from others help people take control of their own health. Equally important is to ensure that access and coverage for HIV prevention and treatment are accessible to all who can benefit from them.

Research to find better ways to reach people who use drugs with HIV prevention tools like PrEP, as well as to guide policymakers and insurance providers in ensuring the coverage of these tools, is a key focus area in NIDA’s 2022-2026 Strategic Plan. Expanding education regarding drugs and HIV, reducing stigma, and overcoming other barriers to care are also crucial. Carrico and CUNY School of Public Health researcher Christian Grov (lead author of the JAIDS study) are currently conducting NIDA-funded research on strategies to increase the use of PrEP among sexual minority men who use stimulants, including use of telehealth and incentives (contingency management) to facilitate adherence.

The new videos are the latest in NIDA’s series, “At the Intersection: Stories of Research, Compassion, and HIV Services for People Who Use Drugs.”

As NIH honors World AIDS Day, we particularly remember the people lost to the dual epidemics of HIV and overdose. For those grieving loved ones, NIDA stands among you. Through scientific advancement, NIDA is committed to saving lives. Recovery and healthy, long lives are possible through the use of evidence-based treatments alongside social support. 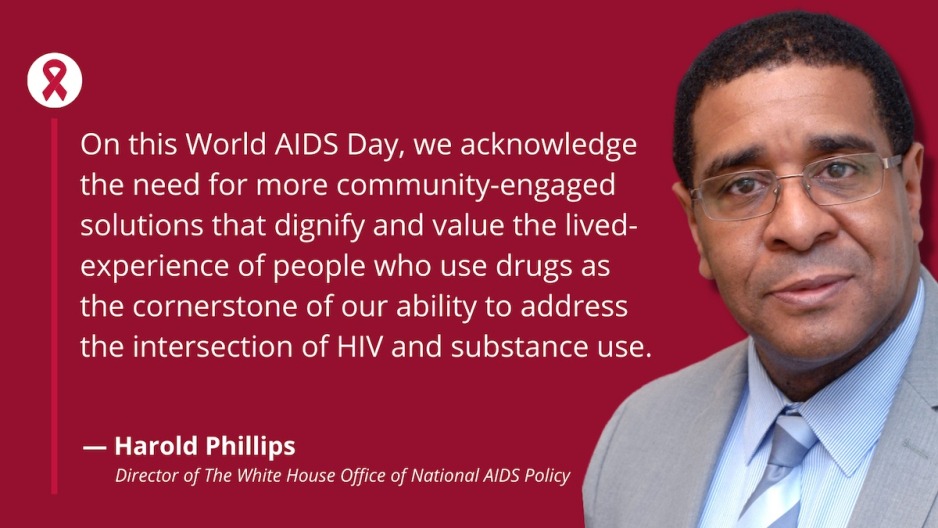 NIDA. 2022, November 28. To Save Lives, We Must Dismantle Stigma at the Intersection of HIV and Methamphetamine Use. Retrieved from https://nida.nih.gov/about-nida/noras-blog/2022/11/to-save-lives-we-must-dismantle-stigma-intersection-hiv-methamphetamine-use

NIDA. "To Save Lives, We Must Dismantle Stigma at the Intersection of HIV and Methamphetamine Use." National Institute on Drug Abuse, 28 Nov. 2022, https://nida.nih.gov/about-nida/noras-blog/2022/11/to-save-lives-we-must-dismantle-stigma-intersection-hiv-methamphetamine-use

NIDA. To Save Lives, We Must Dismantle Stigma at the Intersection of HIV and Methamphetamine Use. National Institute on Drug Abuse website. https://nida.nih.gov/about-nida/noras-blog/2022/11/to-save-lives-we-must-dismantle-stigma-intersection-hiv-methamphetamine-use. November 28, 2022