Genetics and Epigenetics of Addiction DrugFacts

Genetics: The Blueprint of Health and Disease

Why do some people become addicted while others don't? Family studies that include identical twins, fraternal twins, adoptees, and siblings suggest that as much as half of a person's risk of becoming addicted to nicotine, alcohol, or other drugs depends on his or her genetic makeup. Finding the biological basis for this risk is an important avenue of research for scientists trying to solve the problem of drug addiction.

Genetics is the study of genes. Genes are functional units of DNA that make up the human genome. They provide the information that directs a body's basic cellular activities. Research on the human genome has shown that, on average, the DNA sequences of any two people are 99.9 percent the same. However, that 0.1 percent variation is profoundly important—it accounts for three million differences in the nearly three billion base pairs of DNA sequence! These differences contribute to visible variations, like height and hair color, and invisible traits, such as increased risk for or protection from certain diseases such as heart attack, stroke, diabetes, and addiction.

Some diseases, such as sickle cell anemia or cystic fibrosis, are caused by a change, known as a mutation, in a single gene. Some mutations, like the BRCA 1 and 2 mutations that are linked to a much higher risk of breast and ovarian cancer, have become critical medical tools in evaluating a patient's risk for serious diseases. Medical researchers have had striking success at unraveling the genetics of these single-gene disorders, though finding treatments or cures has not been as simple. Most diseases, including addiction, are complex, and variations in many different genes contribute to a person's overall level of risk or protection. The good news is that scientists are actively pursuing many more paths to treatment and prevention of these complex illnesses.

Recent advances in DNA analysis are helping researchers untangle complex genetic interactions by examining a person's entire genome all at once. Technologies such as genome-wide association studies (GWAS), whole genome sequencing, and exome sequencing (looking at just the protein-coding genes) identify subtle variations in DNA sequence called single-nucleotide polymorphisms (SNPs). SNPs are differences in just a single letter of the genetic code from one person to another. If a SNP appears more often in people with a disease than those without, it is thought to either directly affect susceptibility to that disease or be a marker for another variation that does.

GWAS and sequencing are extremely powerful tools because they can find a connection between a known gene or genes and a disorder, and can identify genes that may have been overlooked or were previously unknown.

Through these methods, scientists can gather more evidence from affected families or use animal models and biochemical experiments to verify and understand the link between a gene and the risk of addiction. These findings would then be the basis for developing new treatment and intervention approaches.

Research Advance: A Gene Linked to Cannabis Use Disorder

It is estimated that 30% of marijuana users have a cannabis use disorder, representing problematic use—and in some cases—addiction. The risk for cannabis use disorder has a strong genetic component, but the genetic architecture has been unclear. Scientists recently performed a genome-wide association study11 to try to identify genes that might put people at risk for problematic cannabis use. They studied 2,387 cases and 48,985 controls,  and replicated their findings in another large group. They identified a genetic locus on chromosome 8 that controls the levels of the gene CHRNA2 expressed in the brain. Low levels of expression of the gene CHRNA2 in the cerebellum are found to be associated with cannabis use disorder, including diagnosis at an earlier age. In addition, genetic factors associated with educational attainment were found to be protective against the disorder. The findings suggest that under expression of CHRNA2 in the cerebellum (and probably other brain regions) is involved in cannabis use disorders, and provides a potential target for future prevention strategies, therapies and medications.

The Role of the Environment in Diseases like Addiction 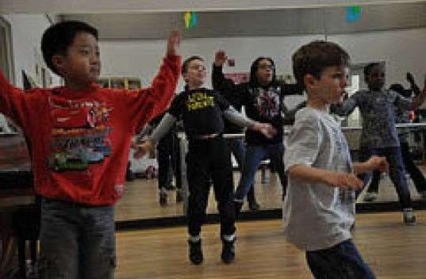 That old saying "nature or nurture" might be better phrased "nature and nurture" because research shows that a person's health is the result of dynamic interactions between genes and the environment. For example, both genetics and lifestyle factors—such as diet, physical activity, and stress—affect high blood pressure risk. NIDA research has led to discoveries about how a person's surroundings affect drug use in particular.

For example, a community that provides healthy after-school activities has been shown to reduce vulnerability to drug addiction, and data show that access to exercise can discourage drug-seeking behavior, an effect that is more pronounced in males than in females.1-3 ​

Studies suggest that an animal's drug use can be affected by that of its cage mate,4, 5 showing that some social influences can enhance risk or protection. In addition, exposure to drugs or stress in a person's social or cultural environment can alter both gene expression and gene function, which, in some cases, may persist throughout a person’s life. Research also suggests that genes can play a part in how a person responds to his or her environment, placing some people at higher risk for disease than others.

The Promise of BIG DATA in Genetics Research

Scientists doing genetics research have collected millions of data points ("big data") that could be of use to other scientists. However, different software systems and measurement formats have made sharing data sets difficult. NIH has created the Big Data to Knowledge (BD2K) program to support the research and development of innovative and transformative approaches and tools to help scientists use big data and data science in their research (https://commonfund.nih.gov/bd2k). When the data can be combined and harmonized, a process called data integration, the chances of identifying new genetic information that could give rise to new disease insights is amplified.

Epigenetics: Where Genes Meet the Environment

Epigenetics is the study of functional, and sometimes inherited, changes in the regulation of gene activity and expression that are not dependent on gene sequence.6 "Epi-" itself means "above" or "in addition to." Environmental exposures or choices people make can actually "mark"—or remodel—the structure of DNA at the cell level or even at the level of the whole organism. So, although each cell type in the human body effectively contains the same genetic information, epigenetic regulatory systems enable the development of different cell types (e.g., skin, liver, or nerve cells) in response to the environment. These epigenetic marks can affect health and even the expression of the traits passed to children. For example, when a person uses cocaine, it can mark the DNA, increasing the production of proteins common in addiction. Increased levels of these altered proteins correspond with drug-seeking behaviors in animals.

Histones, as another example, are like protein spools that provide an organizational structure for genes. Genes coil around histones, tightening or loosening to control gene expression. Drug exposure can affect specific histones, modifying gene expression in localized brain regions.7 Science has shown that manipulation of histone-modifying enzymes and binding proteins may have promise in treating substance use disorders.8-10

The development of multidimensional data sets that include and integrate genetic and epigenetic information provide unique insights into the molecular genetic processes underlying the causes and consequences of drug addiction. Studying and using these data types to identify biological factors involved in substance misuse is increasingly important because technologic advances have improved the ability of researchers to single out individual genes or brain processes that may inform new prevention and treatment interventions.

An international group of over 100 scientists used a comprehensive database to collect information on smoking and alcohol use behaviors. They measured behaviors such as age when smoking was initiated, age when smoking cessation occurred, number of cigarettes per day, and drinks per week. The scientists then cross-checked those findings with life events (like years of education); physical characteristics (like heart rate or cholesterol level); and diseases suffered (such as mental illnesses, or Type 2 diabetes). The investigators correlated those results with specific genes suspected in various types of substance use. They found12 that there were over 400 locations in the genome and at least 566 variants within these locations that influence smoking or alcohol use, bringing science closer to identifying clusters of genes that could play a part in addiction. The study even identified new genes and functions not expected to be important in addiction. Three of the genetic locations (identified as CUL3, PDE4B, PTGER3) mapped to all of the smoking and alcohol phenotypes measured.

Clinicians often find substantial variability in how individual patients respond to treatment. Part of that variability is due to genetics. Genes influence the numbers and types of receptors in peoples’ brains, how quickly their bodies metabolize drugs, and how well they respond to different medications. Learning more about the genetic, epigenetic, and neurobiological bases of addiction will eventually advance the science of addiction.

Scientists will be able to translate this knowledge into new treatments directed at specific targets in the brain or to treatment approaches—called pharmacogenomics. This emerging science promises to harness the power of genomic information to improve treatments for addiction by tailoring the treatment to the person's specific genetic makeup. This is called precision medicine. By knowing a person's genomic information, health care providers will be better equipped to match patients with the most suitable treatments and medication dosages, and to avoid or minimize adverse reactions.

The DNB accomplishes its mission by developing and supporting an extramural research program that provides an understanding of the neurobiological and behavioral mechanisms of drugs of abuse and its consequences. The research supported by DNB provides important fundamental information to prevent and/or intervene in drug use and addiction.

For more information about genetics and drug abuse, visit: