Cannabis (Marijuana) Research Report
Can marijuana use during and after pregnancy harm the baby? 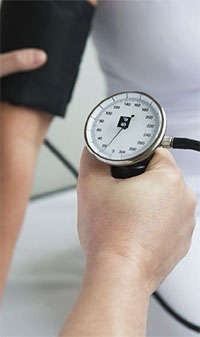 There is no human research connecting marijuana use to the chance of miscarriage,85,86 although animal studies indicate that the risk for miscarriage increases if marijuana is used early in pregnancy.87 Some associations have been found between marijuana use during pregnancy and future developmental and hyperactivity disorders in children.88–91 Evidence is mixed as to whether marijuana use by pregnant women is associated with low birth weight92–96 or premature birth,95 although long-term use may elevate these risks.94 Research has shown that pregnant women who use marijuana have a 2.3 times greater risk of stillbirth.97 Given the potential of marijuana to negatively impact the developing brain, the American College of Obstetricians and Gynecologists recommends that obstetrician-gynecologists counsel women against using marijuana while trying to get pregnant, during pregnancy, and while they are breastfeeding.98 It is important to note that despite the growing popularity of using marijuana in vaping devices, the Food and Drug Administration recommends that pregnant women should not use any vaping product, regardless of the substance.

Some women report using marijuana to treat severe nausea associated with their pregnancy;99,100 however, there is no research confirming that this is a safe practice, and it is generally not recommended. Women considering using medical marijuana while pregnant should not do so without checking with their health care providers. Animal studies have shown that moderate concentrations of THC, when administered to mothers while pregnant or nursing, could have long-lasting effects on the child, including increasing stress responsivity and abnormal patterns of social interactions.101 Animal studies also show learning deficits in prenatally exposed individuals.33,102

Human research has shown that some babies born to women who used marijuana during their pregnancies display altered responses to visual stimuli, increased trembling, and a high-pitched cry,103 which could indicate problems with neurological development.104 In school, marijuana-exposed children are more likely to show gaps in problem-solving skills, memory,105 and the ability to remain attentive.106 More research is needed, however, to disentangle marijuana-specific effects from those of other environmental factors that could be associated with a mother's marijuana use, such as an impoverished home environment or the mother's use of other drugs.96 Prenatal marijuana exposure is also associated with an increased likelihood of a person using marijuana as a young adult, even when other factors that influence drug use are considered.107 More information on marijuana use during pregnancy can be found in the NIDA's Substance Use in Women Research Report.

Very little is known about marijuana use and breastfeeding. One study suggests that moderate amounts of THC find their way into breast milk when a nursing mother uses marijuana.108 Some evidence shows that exposure to THC through breast milk in the first month of life could result in decreased motor development at 1 year of age.109 There have been no studies to determine if exposure to THC during nursing is linked to effects later in the child's life. With regular use, THC can accumulate in human breast milk to high concentrations.92 Because a baby's brain is still forming, THC consumed in breast milk could affect brain development. Given all these uncertainties, nursing mothers are discouraged from using marijuana.98,110 New mothers using medical marijuana should be vigilant about coordinating care between the doctor recommending their marijuana use and the pediatrician caring for their baby.

NIDA. 2021, April 13. Can marijuana use during and after pregnancy harm the baby?. Retrieved from https://nida.nih.gov/publications/research-reports/marijuana/can-marijuana-use-during-pregnancy-harm-baby

NIDA. "Can marijuana use during and after pregnancy harm the baby?." National Institute on Drug Abuse, 13 Apr. 2021, https://nida.nih.gov/publications/research-reports/marijuana/can-marijuana-use-during-pregnancy-harm-baby

NIDA. Can marijuana use during and after pregnancy harm the baby?. National Institute on Drug Abuse website. https://nida.nih.gov/publications/research-reports/marijuana/can-marijuana-use-during-pregnancy-harm-baby. April 13, 2021