Substance Use and SUDs in LGBTQ* Populations 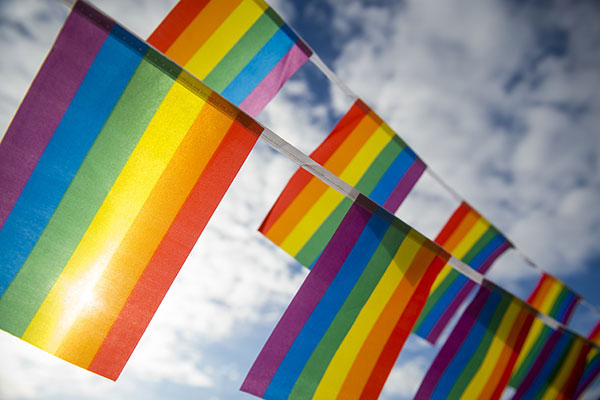 People who identify as lesbian, gay, bisexual, transgender, or questioning (LGBTQ) often face social stigma, discrimination, and other challenges not encountered by people who identify as heterosexual. They also face a greater risk of harassment and violence. As a result of these and other stressors, sexual minorities are at increased risk for various behavioral health issues.1

Many federally funded surveys have only recently started to ask about sexual orientation and gender identification in their data collections.1 Surveys thus far have found that sexual minorities have higher rates of substance misuse and substance use disorders (SUDs) than people who identify as heterosexual. Therefore, it is not yet possible to establish long-term trends about substance use and SUD prevalence in LGBTQ populations.

Substance Use and Misuse

The NSDUH survey also shows that since 2015, there were no significant changes in reported alcohol use disorder among sexual minority young adults (ages 18-25), with 12.4% reporting a disorder, compared to 10.1% in the overall population.2

Substance Use Disorders and Comorbidities

Addiction treatment programs offering specialized groups for gay and bisexual men showed better outcomes for those clients compared to gay and bisexual men in non-specialized programs; but in one study, only 7.4 percent of programs offered specialized services for LGBT patients.9,10 Research is currently limited on rates of SUD among transgender populations, although research shows that transgender individuals are more likely to seek SUD treatment than the non-transgender population.11 Current research suggests that treatment should address unique factors in these patients' lives that may include homophobia/transphobia, family problems, violence, and social isolation.12

Sexual minorities with SUDs are more likely to have additional (comorbid or co-occurring) psychiatric disorders. For example, gay and bisexual men and lesbian and bisexual women report greater odds of frequent mental distress and depression than their heterosexual counterparts.13 Transgender children and adolescents have higher levels of depression, suicidality, self-harm, and eating disorders than their non-transgender counterparts.14 Thus, it is particularly important that LGBT people in SUD treatment be screened for other psychiatric problems (as well as vice versa), and all identifiable conditions should be treated concurrently.

LGBTQ people are also at increased risks for human immunodeficiency virus (HIV) due to both intravenous drug use and risky sexual behaviors. HIV infection is particularly prevalent among gay and bisexual men (men who have sex with men, or MSM) and transgender women who have sex with men.15 SUD treatment can also help prevent HIV transmission among those at high risk. For example, addiction treatment is associated not only with reduced drug use but also with less risky sexual behavior among MSM, and those with HIV report improvements in viral load.16

* Variations of this acronym are used throughout the web page to reflect relevant populations. Some studies have historically considered lesbian, gay, and bisexual youth, but have not included transgender and questioning youth.

Clinical trials are research studies in human volunteers conducted to answer specific health questions. Learn about the NIDA-sponsored clinical trials available to you