Heroin Research Report
What are the treatments for heroin use disorder?

A variety of effective treatments are available for heroin use disorder, including both behavioral and pharmacological (medications). Both approaches help to restore a degree of normalcy to brain function and behavior, resulting in increased employment rates and lower risk of HIV and other diseases and criminal behavior. Although behavioral and pharmacologic treatments can be extremely useful when utilized alone, research shows that for many people, integrating both types of treatments is the most effective approach. 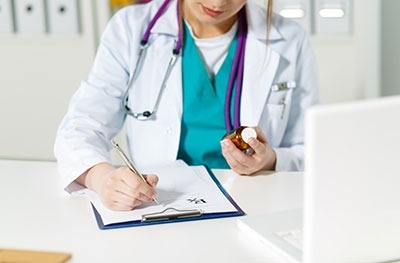 Scientific research has established that pharmacological treatment of opioid use disorder increases retention in treatment programs and decreases drug use, infectious disease transmission, and criminal activity.

When people addicted to opioids like heroin first quit, they undergo withdrawal symptoms (pain, diarrhea, nausea, and vomiting), which may be severe. Medications can be helpful in this detoxification stage to ease craving and other physical symptoms that can often prompt a person to relapse. The FDA approved lofexidine, a non-opioid medicine designed to reduce opioid withdrawal symptoms. While not a treatment for addiction itself, detoxification is a useful first step when it is followed by some form of evidence-based treatment.

The many effective behavioral treatments available for opioid use disorder can be delivered in outpatient and residential settings. Approaches such as contingency management and cognitive-behavioral therapy have been shown to effectively treat heroin use disorder, especially when applied in concert with medications. Contingency management uses a voucher-based system in which patients earn "points" based on negative drug tests, which they can exchange for items that encourage healthy living. Cognitive-behavioral therapy is designed to help modify the patient’s expectations and behaviors related to drug use and to increase skills in coping with various life stressors. An important task is to match the best treatment approach to meet the particular needs of the patient.

NIDA. 2021, April 13. What are the treatments for heroin use disorder?. Retrieved from https://nida.nih.gov/publications/research-reports/heroin/what-are-treatments-heroin-use-disorder

NIDA. "What are the treatments for heroin use disorder?." National Institute on Drug Abuse, 13 Apr. 2021, https://nida.nih.gov/publications/research-reports/heroin/what-are-treatments-heroin-use-disorder

NIDA. What are the treatments for heroin use disorder?. National Institute on Drug Abuse website. https://nida.nih.gov/publications/research-reports/heroin/what-are-treatments-heroin-use-disorder. April 13, 2021