Misuse of Prescription Drugs Research Report
How can prescription drug misuse be prevented?

Physicians, their patients, and pharmacists all can play a role in identifying and preventing nonmedical use of prescription drugs.

Prescription drug monitoring programs (PDMPs), state-run electronic databases used to track the prescribing and dispensing of controlled prescription drugs to patients, are also important tools for preventing and identifying prescription drug misuse. While research regarding the impact of these programs is currently mixed, the use of PDMPs in some states has been associated with lower rates of opioid prescribing and overdose55–58, though issues of best practices, ease of use, and interoperability remain to be resolved.

In 2015, the federal government launched an initiative directed toward reducing opioid misuse and overdose, in part by promoting more cautious and responsible prescribing of opioid medications. In line with these efforts, in 2016 the Centers for Disease Control and Prevention (CDC) published its CDC Guideline for Prescribing Opioids for Chronic Pain to establish clinical standards for balancing the benefits and risks of chronic opioid treatment.29 Then, in 2017, President Trump established the President's Commission on Combating Drug Addiction and the Opioid Crisis. The commission outlined several priority areas aimed at improving the prevention and treatment of opioid addiction.

Preventing or stopping nonmedical use of prescription drugs is an important part of patient care. However, certain patients can benefit from prescription stimulants, sedatives, or opioid pain relievers. Therefore, physicians should balance the legitimate medical needs of patients with the potential risk for misuse and related harms.

Additionally, patients should properly discard unused or expired medications by following U.S. Food and Drug Administration (FDA) guidelines or visiting U.S. Drug Enforcement Administration collection sites.55 In addition to describing their medical problem, patients should always inform their health care professionals about all the prescriptions, over-the-counter medicines, and dietary and herbal supplements they are taking before they obtain any other medications. 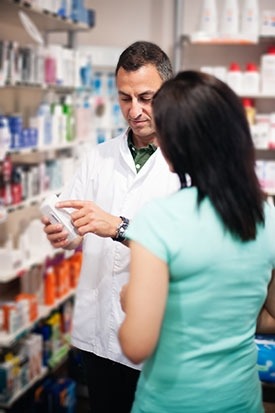 Manufacturers of prescription drugs continue to work on new formulations of opioid medications, known as abuse-deterrent formulations (ADF), which include technologies designed to prevent people from misusing them by snorting or injection. Approaches currently being used or studied for use include:

Several ADF opioids are on the market, and the FDA has also called for the development of ADF stimulants.56 Abuse-deterrent formulations have been shown to decrease the illicit value of drugs.56 Medication regulation has been shown to be effective in decreasing the prescribing of opioid medications. In 2014, the Drug Enforcement Administration moved hydrocodone products from schedule III to the more restrictive schedule II, which resulted in a decrease in hydrocodone prescribing that did not result in any attendant increases in the prescribing of other opioids.32

The development of effective, non-addicting pain medications is a public health priority. A growing number of older adults and an increasing number of injured military service members add to the urgency of finding new treatments. Researchers are exploring alternative treatment approaches that target other signaling systems in the body such as the endocannabinoid system, which is also involved in pain.57 More research is also needed to better understand effective chronic pain management, including identifying factors that predispose some patients to substance use disorders and developing measures to prevent the nonmedical use of prescription medications.