Tobacco, Nicotine, and E-Cigarettes Research Report
How can we prevent tobacco use? 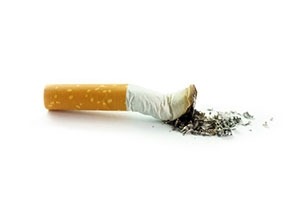 The medical consequences of tobacco use—including secondhand exposure—make tobacco control and smoking prevention crucial parts of any public health strategy. Since the first Surgeon General’s Report on Smoking and Health in 1964, states and communities have made efforts to reduce initiation of smoking, decrease exposure to smoke, and increase cessation. Researchers estimate that these tobacco control efforts are associated with averting an estimated 8 million premature deaths and extending the average life expectancy of men by 2.3 years and of women by 1.6 years.18 But there is a long way yet to go: roughly 5.6 million adolescents under age 18 are expected to die prematurely as a result of an illness related to smoking.13

Prevention can take the form of policy-level measures, such as increased taxation of tobacco products; stricter laws (and enforcement of laws) regulating who can purchase tobacco products; how and where they can be purchased; where and when they can be used (i.e., smoke-free policies in restaurants, bars, and other public places); and restrictions on advertising and mandatory health warnings on packages. Over 100 studies have shown that higher taxes on cigarettes, for example, produce significant reductions in smoking, especially among youth and lower-income individuals.217 Smoke-free workplace laws and restrictions on advertising have also shown benefits.218

Prevention can also take place at the school or community level. Merely educating potential smokers about the health risks has not proven effective.218 Successful evidence-based interventions aim to reduce or delay initiation of smoking, alcohol use, and illicit drug use, and otherwise improve outcomes for children and teens by reducing or mitigating modifiable risk factors and bolstering protective factors. Risk factors for smoking include having family members or peers who smoke, being in a lower socioeconomic status, living in a neighborhood with high density of tobacco outlets, not participating in team sports, being exposed to smoking in movies, and being sensation-seeking.219 Although older teens are more likely to smoke than younger teens, the earlier a person starts smoking or using any addictive substance, the more likely they are to develop an addiction. Males are also more likely to take up smoking in adolescence than females.

Some evidence-based interventions show lasting effects on reducing smoking initiation. For instance, communities utilizing the intervention-delivery system, Communities that Care (CTC) for students aged 10 to14 show sustained reduction in male cigarette initiation up to 9 years after the end of the intervention.220

NIDA. 2021, April 12. How can we prevent tobacco use?. Retrieved from https://nida.nih.gov/publications/research-reports/tobacco-nicotine-e-cigarettes/how-can-we-prevent-tobacco-use

NIDA. "How can we prevent tobacco use?." National Institute on Drug Abuse, 12 Apr. 2021, https://nida.nih.gov/publications/research-reports/tobacco-nicotine-e-cigarettes/how-can-we-prevent-tobacco-use

NIDA. How can we prevent tobacco use?. National Institute on Drug Abuse website. https://nida.nih.gov/publications/research-reports/tobacco-nicotine-e-cigarettes/how-can-we-prevent-tobacco-use. April 12, 2021