Tobacco, Nicotine, and E-Cigarettes Research Report
How many adolescents use tobacco?

Most people who use tobacco started during adolescence, and those who begin at a younger age are more likely to develop nicotine dependence and have trouble quitting.67 According to the 2022 Monitoring the Future Survey, 4% of 12th graders, 1.7% of 10th graders, and 0.8% of 8th graders used cigarettes in the past month.12 An analysis of the 2022 National Youth Tobacco Survey (NYTS) found that 11.3% of middle and high school students reported using a tobacco product in the last 30 days, with higher rates among young people experiencing high levels of psychological distress. Young people whose guardians earned lower wages and young people from marginalized communities, such as lesbian, gay and bisexual young people and transgender young people, reported higher smoking rates.68Other research has found that light and intermittent smoking among adolescents is associated with the same level of difficulty quitting as daily smoking.69

Any exposure to nicotine among youth is a concern. The adolescent brain is still developing, and nicotine has effects on the brain’s reward system and brain regions involved in emotional and cognitive functions.70 Research suggests that the nicotine-related changes to these areas of the brain during adolescence may perpetuate continued tobacco use into adulthood.71 These changes also contribute to a higher rate of other substance use disorders among people who use tobacco during adolescence, sometimes referred to as a "gateway" effect.70,72 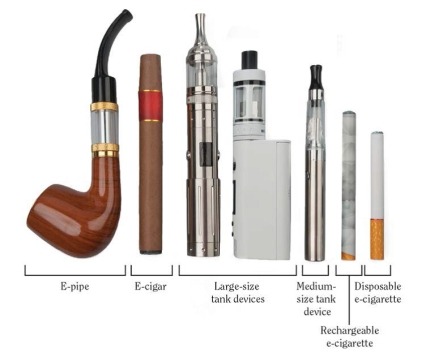 Mental health, beliefs about smoking, perception of schoolmates’ smoking, and other substance use are additional factors that can influence an adolescent’s risk for smoking and nicotine dependence.73 Emotional problems—including depression74 and recent negative life events75—are associated with tobacco use among adolescents. Smoking among peers and within social groups is a major environmental factor that influences adolescent smoking; social smoking is a more important motivator for adolescents compared to adult smokers.76

It is common for adolescent smoking to follow an intergenerational pattern, which has genetic, epigenetic, and environmental influences.73,77 Data from parents and adolescents suggests that current parental nicotine dependence is strongly linked with adolescent smoking and dependence. Other factors—such as parents’ education, marital status, and parenting behavior also influence teen smoking.

NIDA. 2023, January 11. How many adolescents use tobacco?. Retrieved from https://nida.nih.gov/publications/research-reports/tobacco-nicotine-e-cigarettes/how-many-adolescents-use-tobacco

NIDA. "How many adolescents use tobacco?." National Institute on Drug Abuse, 11 Jan. 2023, https://nida.nih.gov/publications/research-reports/tobacco-nicotine-e-cigarettes/how-many-adolescents-use-tobacco